The Chinese painting display in Rudolfinum was rather a disappointment. I want to stress that I mean the display. The featured superstar-artists names gave on show what you expected: Zhang Xiaogang’s existential portraits of individuals and families, drawing from recent Chinese historical experience, surrounded by a surrealist aura. They look like old stained family photos. They represent individuals, but are based on a collective memory. Fang Lijun’s colorful “cynical realist” canvases. According to the catalogue, each of the artists’ created works especially for the display at Rudolfinum Gallery. Fang Lijun created a huge canvas full of .. bees .. if I remember correctly, all heading towards one central spot on the canvas. It was huge, it was dynamic… Yet.. I did not really make me feel or think anything. Somehow the colorful bold persons in his paintings reminded me of Jiri Sopko’s paintings. For me, Feng Mengbo was maybe the most interesting part of the exhibition. First I was not very impressed by his large canvases (almost all the canvases on this exhibition were large anyway), but after giving a second thought, I got his idea. After the time which Feng Mengbo spend inside of videogames interacting with avatars, running around with a video camera in his hand instead of the usual machine gun, he stepped back, and looked around, examining the virtual landscape instead of the action. His computer-generated landscapes which look like classical Chinese ink-paintings reflect his experience gathered in the virtual world and project it into a broader historical perspective. They show the common function (from a viewer’s standpoint) for both virtual reality 3D renderings and classical landscape paintings – the function of escaping reality. The actions of displaying a canvas on you living room wall and immersing into a virtual world are put side by side as interchangeable alternatives.

The exhibition as a whole gave a rather strange impression. I wished it would show some more fresh works, something more of a surprise instead of well-known qualities. When I take into account that it was co-organized by the Hong Kong bases Hanart TZ gallery which is representing all of the artists (I did not find Fang Lijun on their website, but I guess there is also some connection), it seems just as a blown-up version of a regular commercial gallery exhibition. Hanart just needed to prop up the image and price tags for some of their most profitable artists by a larger international exhibition. That’s a bit sad. Creating an exhibition of three painters who come up first in Google when you search for “Chinese contemporary painting” anyway. It could have been a better show. 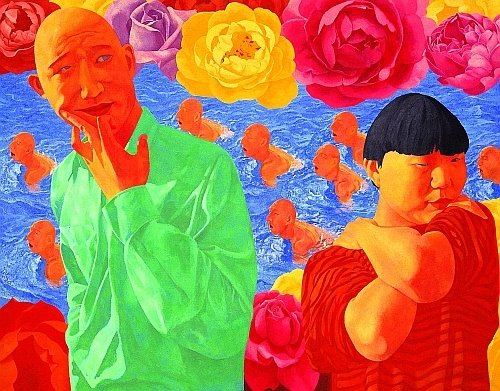 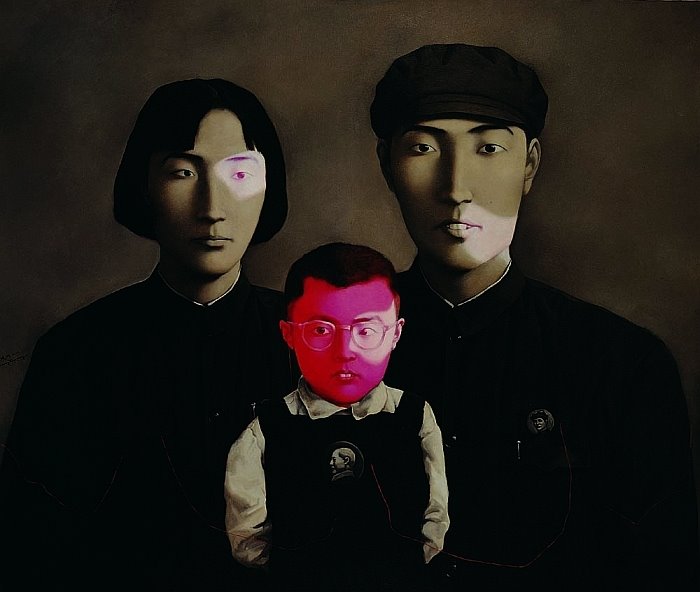 ← The Third Guangzhou Triennial 2008 review + video
GHMP: “Beings from Nowhere: Metamorphoses of Academic Principles in Painting in the First Half of the 20th Century” →