As last year during Art Hong Kong, Asia Art Archive organized a series panel talks adding to the fair’s program. Compared to last year, the number of lectures has been reduced I guess this is given the fact that Art ‘Basel’ Hong Kong now introduced their ‘own’ series of talks. I did not have time to visit any of ‘their’ talks, but after reading through the program, I decided to invest my time again in some of the AAA talks. Art Basel talks seemed to have a much more commercial orientation, with discussions about exhibiting, curating, book launches etc. AAA talks on the other hand focused much more on the core of the artistic practice, letting artists talk about their own working methods and conceptual backgrounds.

This talk took on the very broad theme of abstraction, and the selection of participants for the panel discussion was equally broad.

Wang Guanle talked about his paintings mainly in term of process – painting as a way to transform oneself. This was definitely the Eastern approach and explanation of abstract paintings, conforming with traditional Chinese thought, here mainly in its Taoist form stressing the free flow of energies which one’s self has to align with. Within this framework, painting is also a way of aligning with the Tao, of transforming oneself. This goes also well with the teaching of having a clear painting in the mind before setting out to putting it on paper.

Seher Shah came from a completely different background which also resulted in a completely different artistic output. Shah originally studied architecture and worked as an architect, and the idea of technical drawings and blueprints stayed deep ingrained in her artistic practice. For Shah “abstraction” means the process of visual reduction and enhancement of meaning that takes place in the transformation of real-life source images into imaginative drawings. ‘Real’ can be in the sense of a real architectural structure, but ‘real’ can be also in the sense of using representational technologies e.g. geometric perspective, which we are used to ‘read’ as ‘real’ even if they do not necessarily have to be. She managed to touch on a number of facets of her work, each equally interesting. She brought up the notion of anxiety in relation to her work which I found quite strange. Of course, the absence of color and geometrical strictness, could be related to a coldness of feelings and detachment, but overall I could not really fit this term in with her works (she was referring to anxiety as a internal aspect of her works, not as the feeling produced in viewers).

Byron Kim represented yet another approach to abstraction. Similar to Seher, Kim also started of by ‘sampling’ pieces of reality. But on the contrary to Seher, he did not proceed to interpret these samples and work with them to produce a new narrative. Rather they seemed to be come icons referring to stories that took place previously: Images seen by Kim during his daily lived experience. As Kim himself mentioned, this method of working related back to his training in literature and not fine arts. He himself referred to some of his work as synekdoche (a part standing for a whole). As a result, Kim’s paintings seemed more like an abstract diary of everyday life, almost like a kind of reincarnation of a realist/documentary approach to painting. This is also evident in the descriptive titles which Kim gives to his paintings.

Overall a very interesting talk providing a lot of inspiration and food for thought. Each of the artists left behind a strong impression and the concluding conversation just enforced this feeling. Rather than agreeing or reaching some conclusion, this panel resulted in presenting three strong positions, each equally valid. Like different surfaces of a prism. 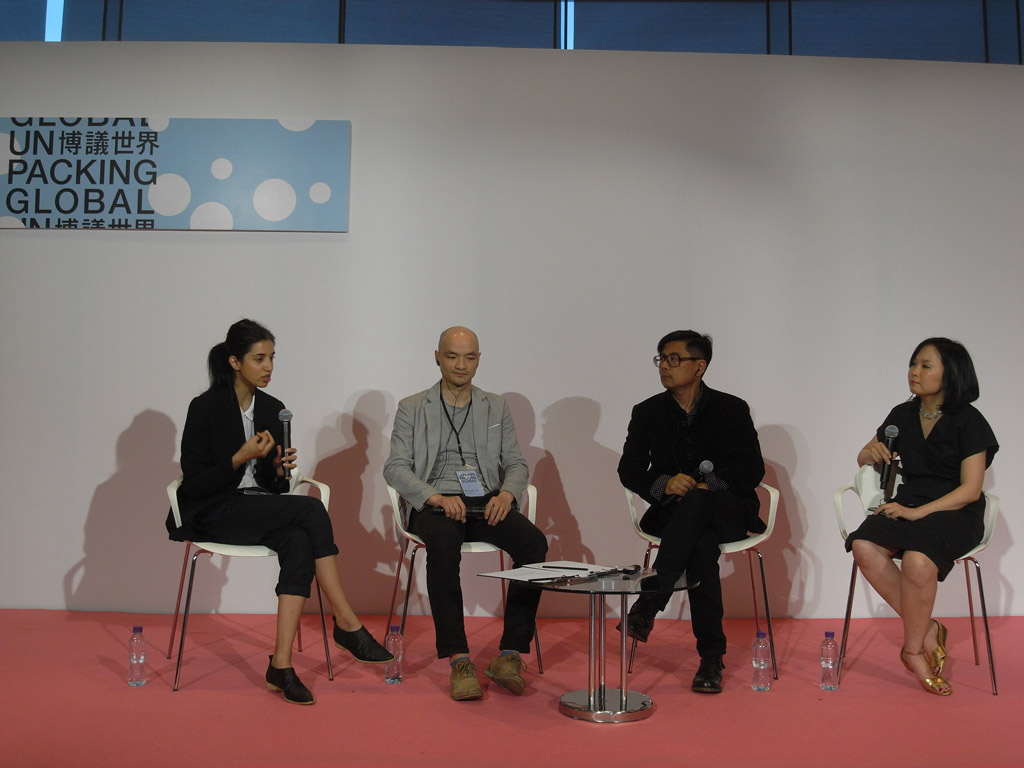 Vivan Sundaram is an Indian artist and activist. He gave a solo talk at the Asia Art Achive Hollywood Road office, where he managed to rattle through the history of Indian political art in 40 minutes. One could see how he was involved on many different fronts, as an editor, curator, organizer, artist etc. And it was a lot of new information for me, given my lack of knowledge on Indian art. In this sense I appreciated the information value of the talk. At the same time I wondered to which extent the talk represented his own interpretation of history in contrast to a broader commonly agreed history that emerges from contrasting, discussing and disputing different version of history. Given his lifetime accomplice – his wife – Indian art critic Geeta Kapur, and the obviously good relationships with the Asia Art Archive, to which he donated his own personal archive, the question of objectivity (which obviously is a construct in itself) started to emerge in my mind. Naturally the Sundaram/Kapur consortium probably has a big interest in pushing their version of history… how many other stories have been lost? At the moment, all this is not more than a feeling produced by attending a lecture, but as it was probably the most strong question that hovered in my mind after the lecture, I think its worth mentioning it here. Maybe these questions reach beyond Sundaram and towards the whole model of AAA with its huge task of mapping and archiving Asian art. 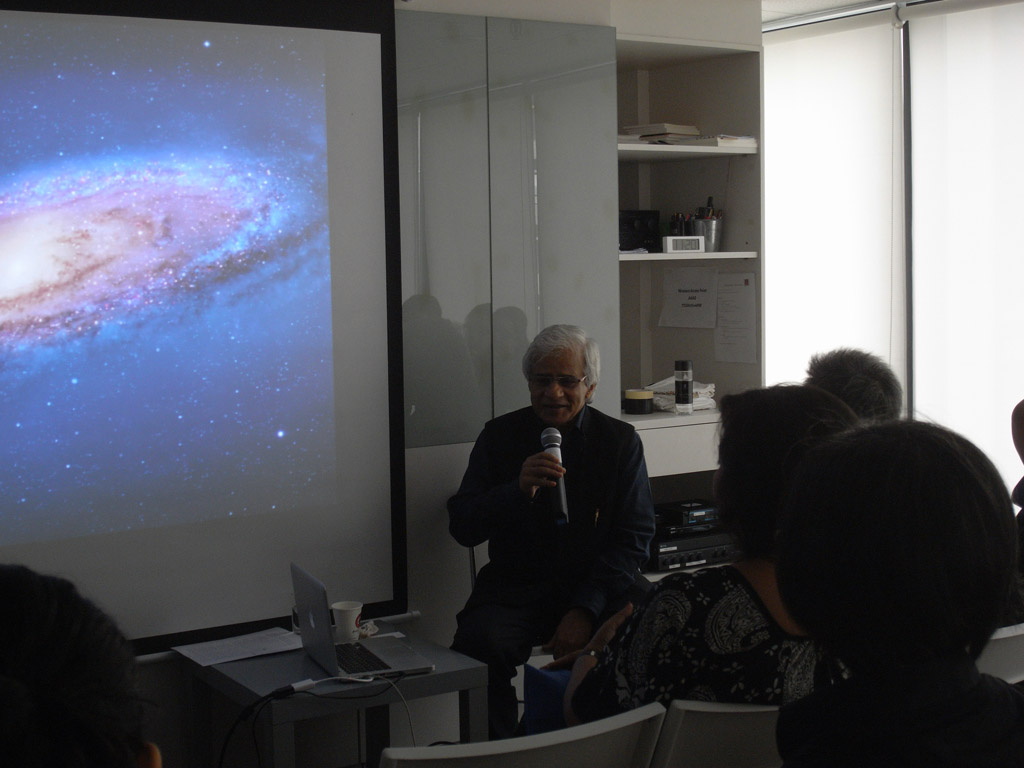 Vivan Sundaram talking at the Asia Art Archive, Fri 24 May 2013 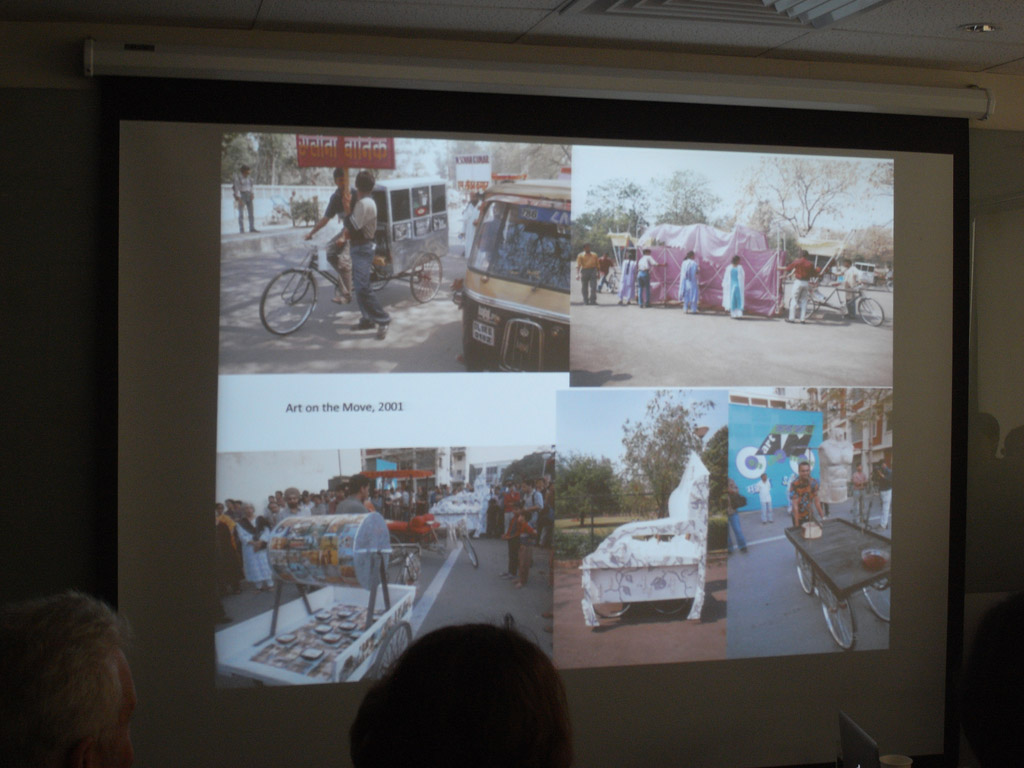 This panel discussion focused on the role of documents and documentary methods in artistic practice.

Linda Lai, a film maker from Hong Kong, gave a peek into her methods of working with original and found footage based on ethnographic methods. Her whole artistic practice seemed to be deeply influenced by a documentary approach: Collecting source material, archiving and later interpreting sources in a historical context. She used a term ‘history of the everyday’ which was quite appropriate for her way of working. She also mentioned the issue of fragmentation and working with fragments as each historical source can only represent (at best) a tiny part of what actually took place. She concluded her talk by describing the production process – how her works change their form across different media, e.g. from critical writing to a video essay to a installation.

Shooshie Sulaiman, a Malaysian artist, talked about her idea of the archive as an artwork. I am not familiar with her work, but it seems that one of her successful works was a library-archive of materials related to Malaysian art. Then she probably kept working on the archival topic in her following works. Unfortunately Sulaiman gave a very confused impression in her talk, I was not really sure what the was actually trying to get across when speaking. This was even more confusing given the fact that her project related to organizing books and libraries, I think she mentioned she was running a book shop in Malaysia – one would expect an organized person. I could feel her honest interest in the topics she talked about and she came across as trustworthy yet a bit naive. It was difficult to catch her ideas in the constant jumping between different lines of thought.

Abbas Kiarostami was the third speaker on the ‘Document’ panel. A film maker from Iran, and a new face for me. With his black sunglasses and the usage of a translator he came across as detached and too much indulged in his own stardom. He started his talk by promoting his latest movie “Shirin”, which is solely composed of shots from the casting for the main actor. Kiarostami managed to enter in a dialogue with Sulaiman and I felt they had a common interest in the idea of childhood and the child’s view of the world – a viewpoint in many Kiarostami’s movies, and well as a topic in Sulaiman’s works. Both of them drew from their own childhood memories as well as their experience as parents.

In some way the bit confusing impression left behind by this panel was a good starting point to re-think what “The Document” means. In the case of Lai, the superficial image of objectivity was still present in the cataloguing of materials, critical writing etc., even though this objectivity was later dissolved in the artistic interpretation of the material. However in the case of Sulaiman as well as Kiarostami, personal subjectivity came to the forefront and there was no pretext of anything else then creating an artwork that will ‘make’ the viewer see the world from a different (children’s) perspective. I could imagine the panel could have a had a completely different outcome if other panelists would have been invited. A sense of ‘archival objectivity’ could have been preserved. But in this panel subjectivity and free interpretation of documents was given free hand completely.
There are much more approaches to the documentary than those presented on this panel, but obviously a selection has to be made. The person on my wish list for this panel: Walid Raad. 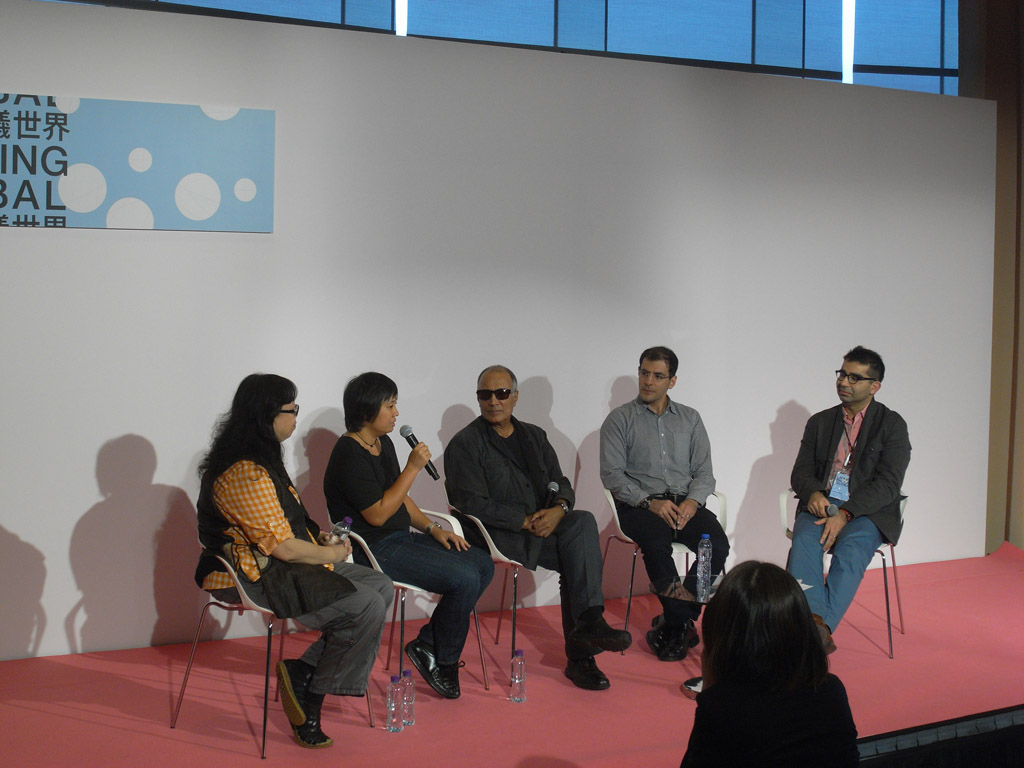 By the way, the talks have been recorded and I guess they can be found somewhere at www.aaa.org.hk