A small group show (curator Boram Lim) consisting of four works by four artists in a gallery that seems to be connected to the Korea National University of the Arts (K-Arts). There was a nice small booklet produced for the show, which I unfortunately could not make use of due to my Korean disability, so I just followed my feeling to understand the works. 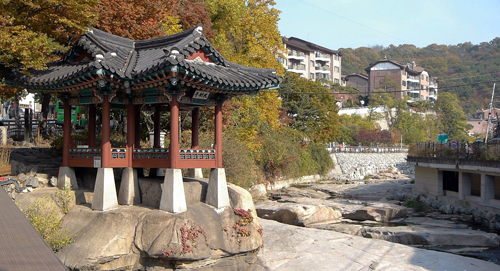 When descending the stairs to the basement where the gallery was located, there were two speakers with a little nametag, so I suppose it was artwork, but I could not hear anything.

In the entrance room, there was a video (Project Community Jjijjippong) projection onto a curved metal object which looked like (or was) a large satellite dish. The video seemed to consist of interviews with immigrants to Korea, usually taken from some weird angles cutting of their faces, for the sake of anonymity I guess, but I could not understand more than that. Maybe the satellite dish was mean to be a metaphor for beaming up their hopes and dreams to the Heavens?

Another work (Tsun) looked quite handcraft-y: a little model of a house (rabbit-cage style public housing style), where each room was occupied by some small sculpture/creature and a miniature storybook which the Korean visitors could take out and read. The work stayed a mystery for me, but the crafty execution made me look a bit down on it.

Opposite side of the room, there were three photographs (Daseul Lee) showing a man running up a mountain away from a small birch tree mounted with Christmas lights, a foggy landscape and a factory building. I appreciated the implied story and some possible metaphorical connotations, but had a hard time creating the connection between the three images. Especially I felt a dissonance between the staged image with a man and the two other images which looked more like snapshots from a field trip.

In a separate room, a one hour video was playing. The video (Kearnhyung Ahn) consisted mainly of static landscape shots with black screens with subtitles in between that carried the narrative. At first I feared it will be utterly boring, but the short text snippets (Korean and English this time) actually made sense and provided a context and resulting meaning. I just listened to a part of it. The story was about Segeomjeong Pavilion (Jogno-gu) 세검정 (종로구) and some stream that flows around it.  This place seems to have some historical significance, as google provided an old Korean watercolor painting of it and I found a hearsay that “Legend has it that warriors aligned with the 16th king of Joseon, who reigned from 1623 to 1649, cleaned their weapons here after eliminating rival claimants to the throne.” (ref)

In the video, the historical narrative and the reconstruction of the Pavilion is put under scrutiny by digging up forgotten historical facts, questioning how ‘history’ is constructed and molded. The documentary also discusses a stream (probably the stream running by the pavilion) which is also still there, as it was on the painting, but at closer look, it reveals itself as a reconstruction too, existing only as a result of water pumps and engineering.

Overall, the documentary video (Kearnhyung Ahn) provided an entry point for me from which I could view the whole exhibition. Piecing it together with the title of the show, “Site Explorers”, I understood in hindsight how this work linked to the video projected on the satellite dish (Project Community Jjijjippong , probably exploring some site where immigrants concentrate), to the rabbit cage toy house (Tsun, a virtual story telling site) and to the photographs (Daseul Lee , some postindustrial landscape exploration). Not overwhelming, but as a whole, it was a pleasant grouping of works, enjoyable and providing food for thought. 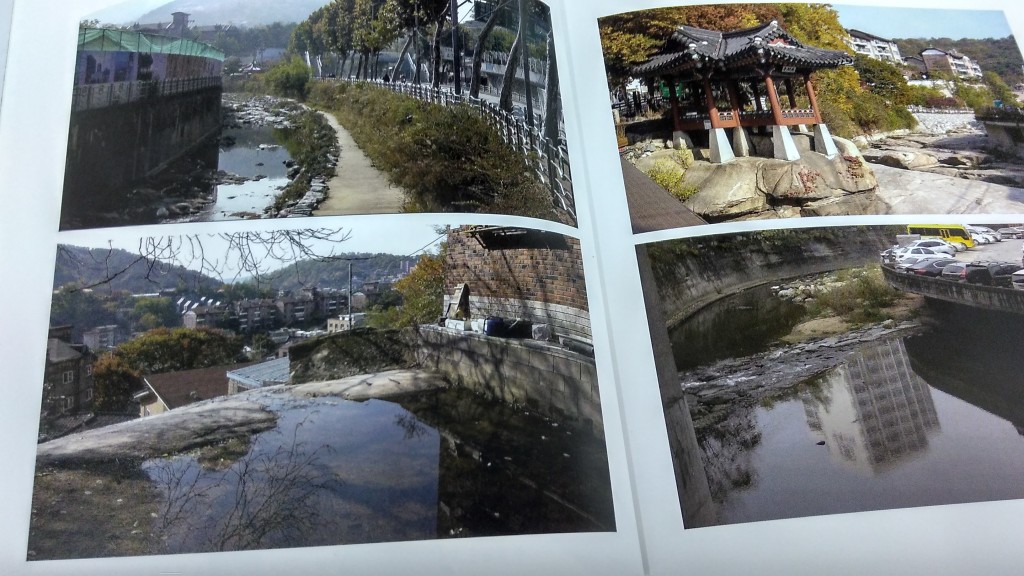 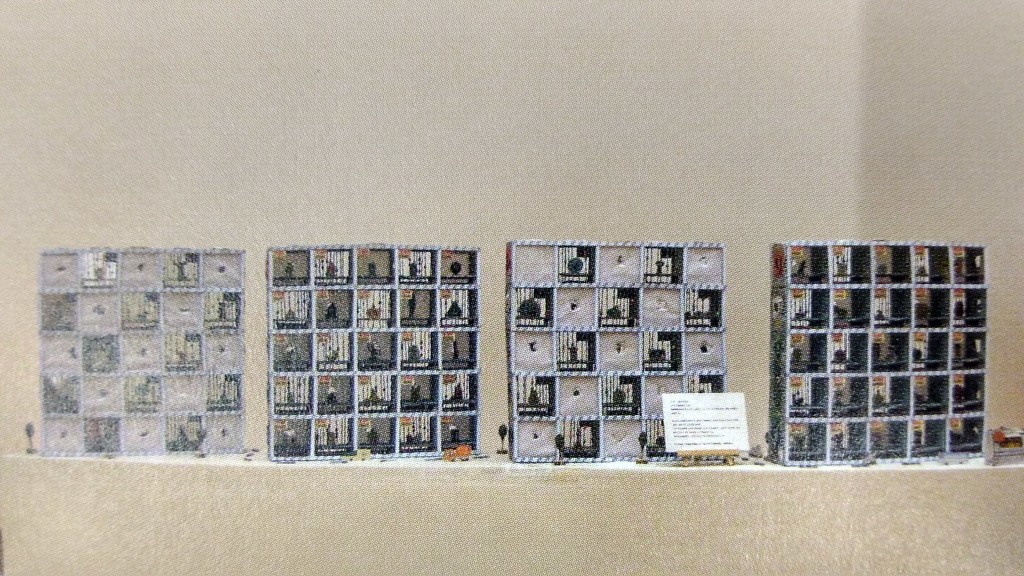 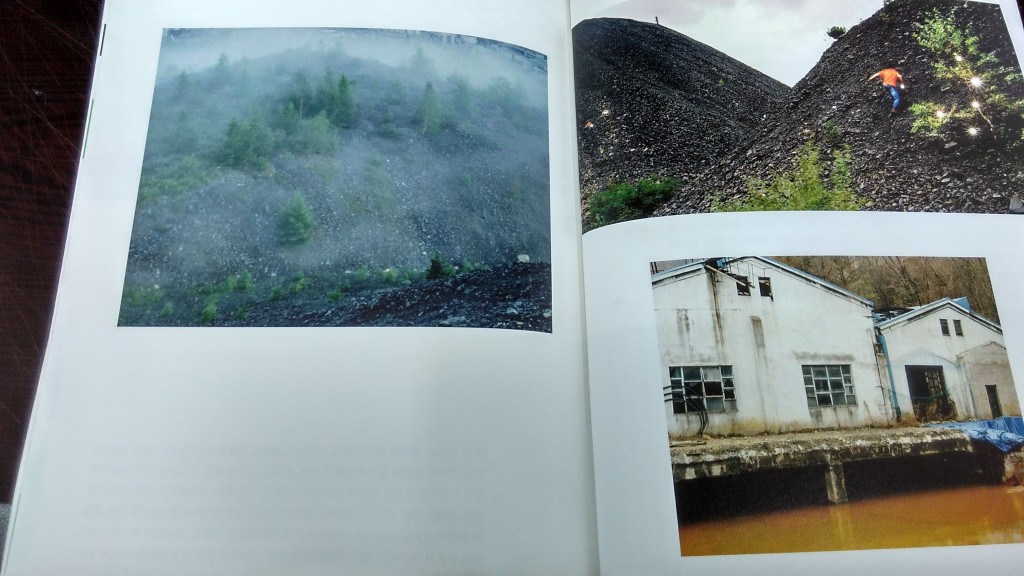 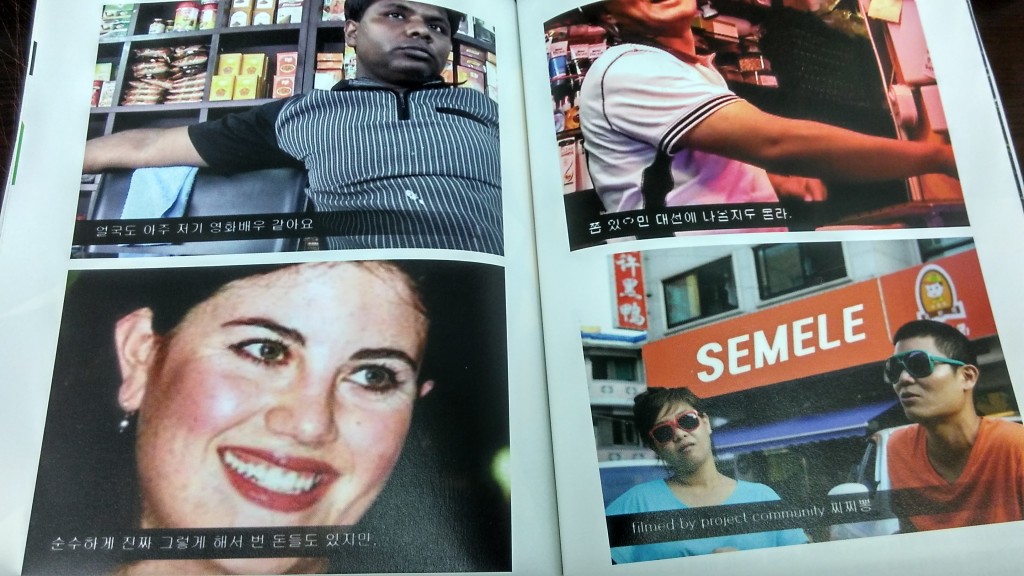