A new exhibition opened at Pool, and given my curiosity I headed over to check it out. As is the case usually, a very well designed and clean installation with the greatest attention to detail was on site. 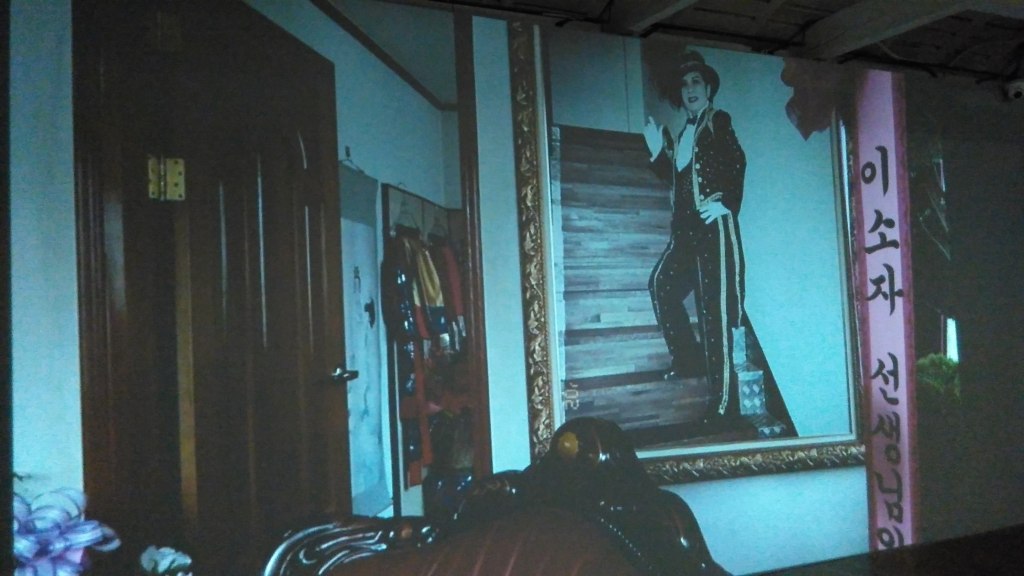 According to the press release, “this exhibition presents a selection of works from the Yeosung Gukgeuk Project (2008 – 2015), (..) introducing and re-casting the archival materials that she has collected (..). Yeosung Gukgeuk—a genre that began at the end of the 1940s and enjoyed the pinnacle of its popularity in the 1950s-1960s, only to then experience its decline—is a type of Changmugeuk (Korean traditional theater combining song and dance) in which all of the roles—including the male roles—are performed by actresses.”

The topic of the exhibition – a kind of Korean folk opera – meant that I was approaching it with almost no background knowledge. Out of the two rooms of Pool, the bigger entrance space was mainly devoted to video works: One large projection looping a number of shorter works, and a few TVs each looping one longer documentation of a performance (staged by the artist). The other room was set up as an ‘open archive’, with books, videos and other source materials in an organized archive. The room was at the same time an installation, with mounted photo prints on walls, a sofa corner with a small TV playing a documentation of a TV talk show with opera singers.

As mentioned, Jung was conducting research on Yeosung Gukgeuk, and then using the archive as source material to stage performances. If only the documentation of performances she staged had been shown, I would think the exhibition was lacking something, but together with the archival materials, it seemed like a complete whole. Not everything was subtitled, and I did not have time to watch complete videos, but even in a short time, I was able to grasp a certain feeling and the topics the artist was concerned about.

There was a concern for documenting and understanding a certain phenomenon. And the archive on display acknowledged the process of interpretation that happens every time collected data is transformed into communicated information.

More specifically, the interest in Yeosung Gukgeuk seems to have been driven by a fascination in the fluidity of gender roles within the opera. This remained a bit mysterious to me, as to why this was so important to the artist, or how much it has been highlighted in the materials presented. The title seems to be somehow pointing towards this, but I am not sure on the artist’s position here. Trans-gender roles exist in all kinds of traditional theater across the world, so I could not really grasp what is specific about trans-gender roles in this Korean version of it.

Even as a ‘stupid foreigner’ who had no clue about the topic discussed, I was not left out and I could dive into the topic to a certain extent. This was thanks to the careful installation, as well as thanks to the subtitling of some of the works. Including the archive and materials from it in the exhibition was a bold move, engaging the viewer and reminding the audience of the incompleteness of any research or creative endeavor, no matter how complete and authoritative it may look when presented as a performance or static exhibition.

Overall, I came with high expectations, and I was not disappointed with the exhibition. The exhibition invites a visitor to walk around and observe, but does not force information down visitor’s throat. One can only glance over some photo prints and performance documentations and get a feel for the topic, or one can dig deeper and engage with the topic more thoroughly. 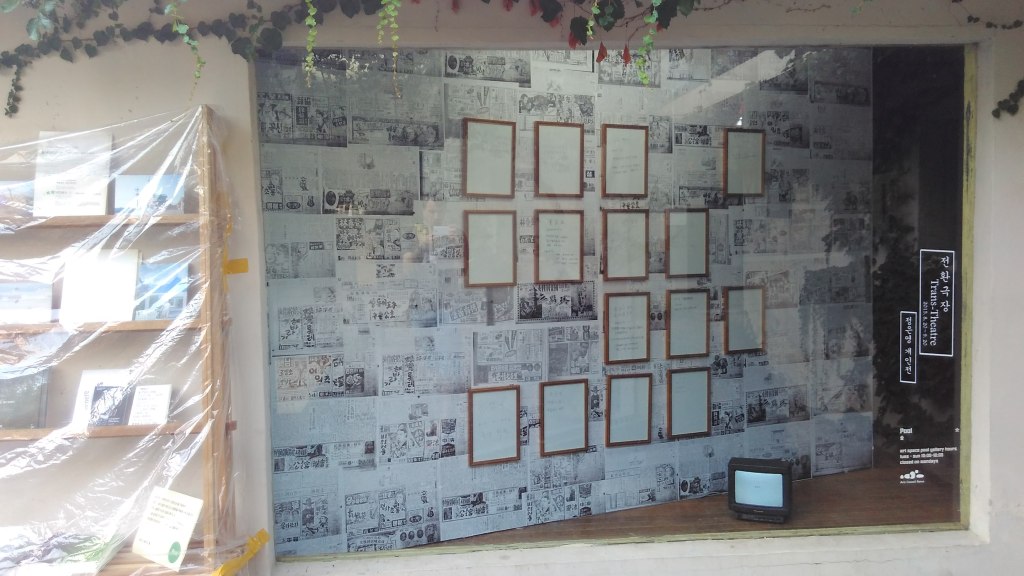 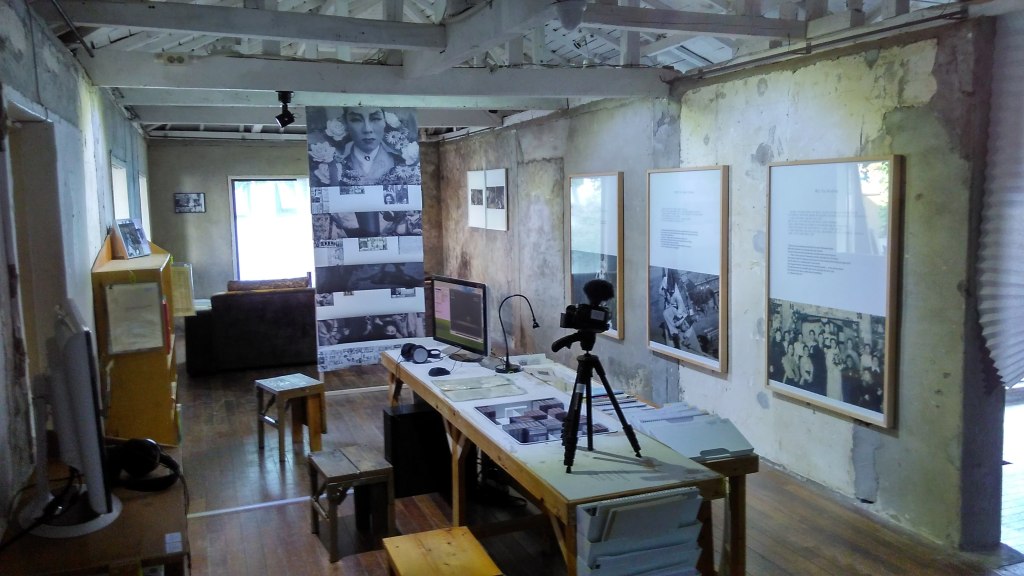 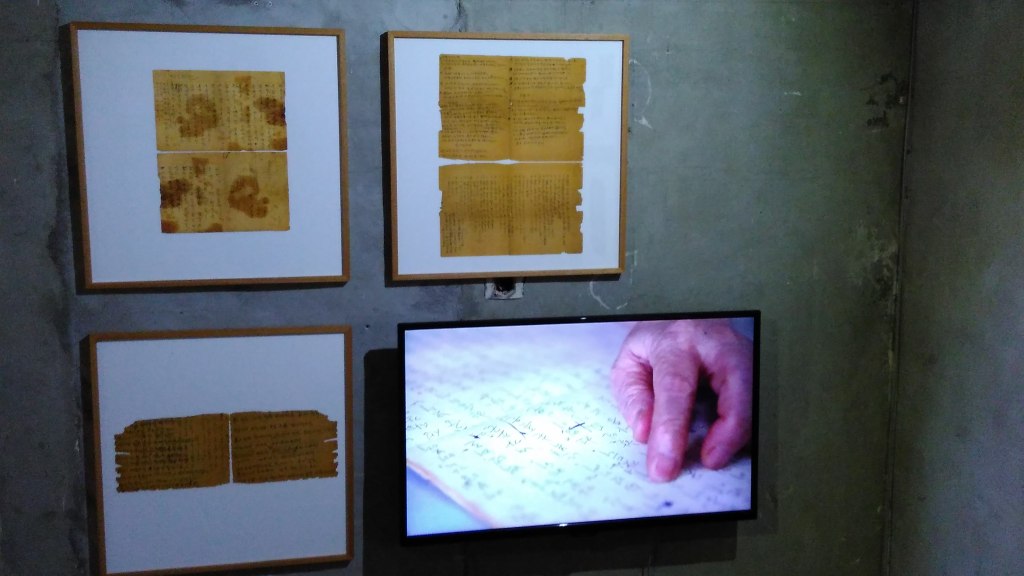 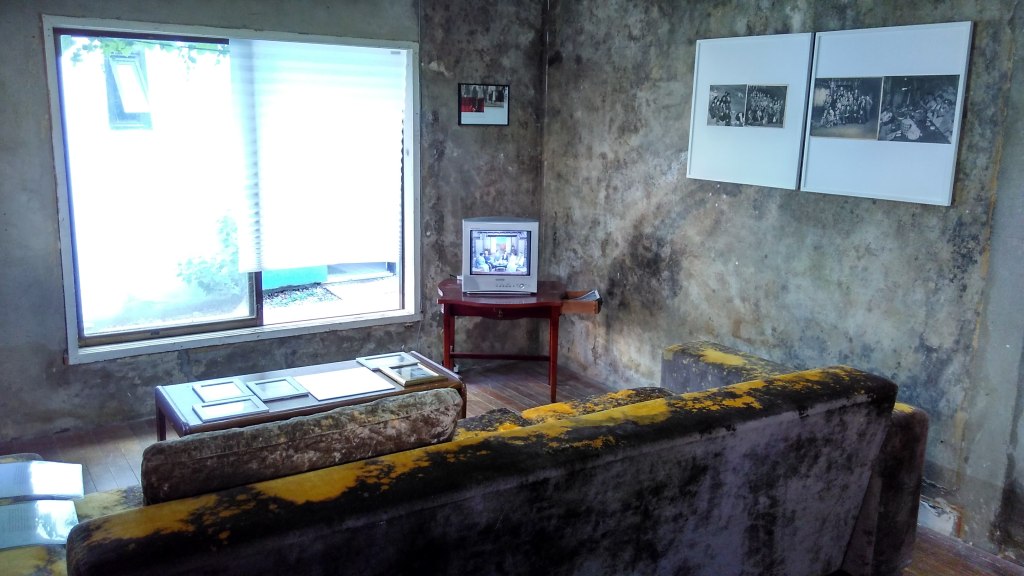 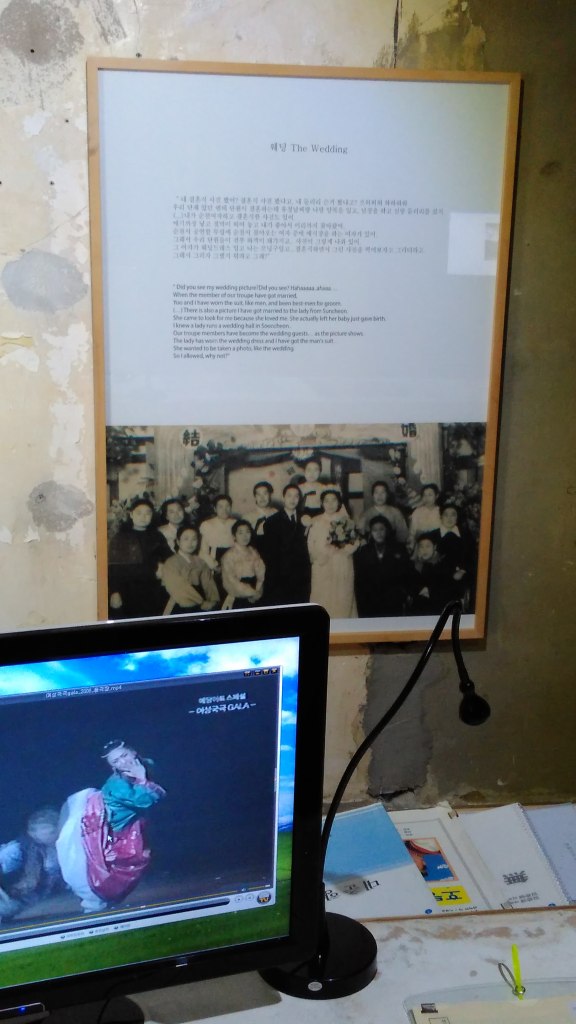 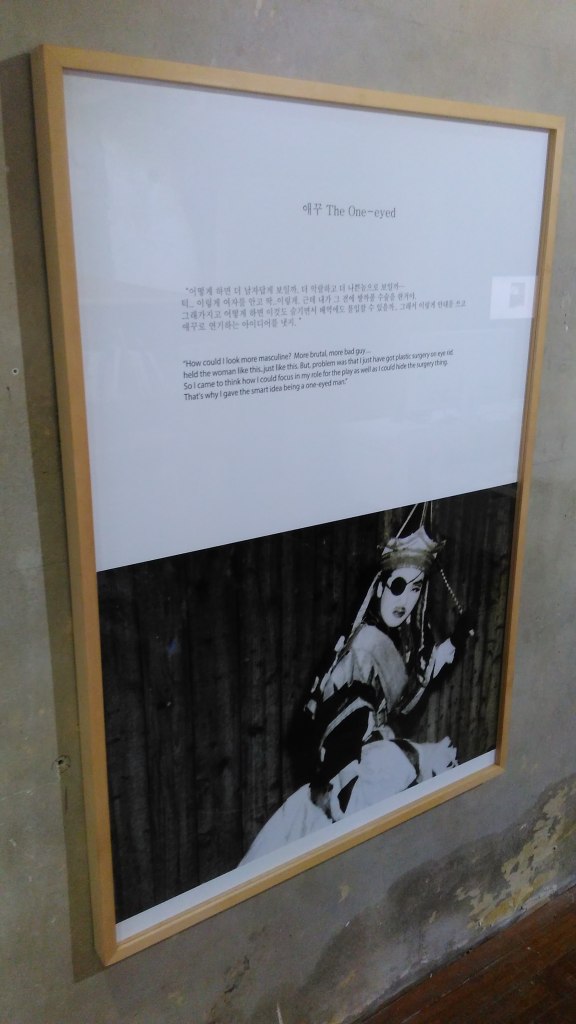 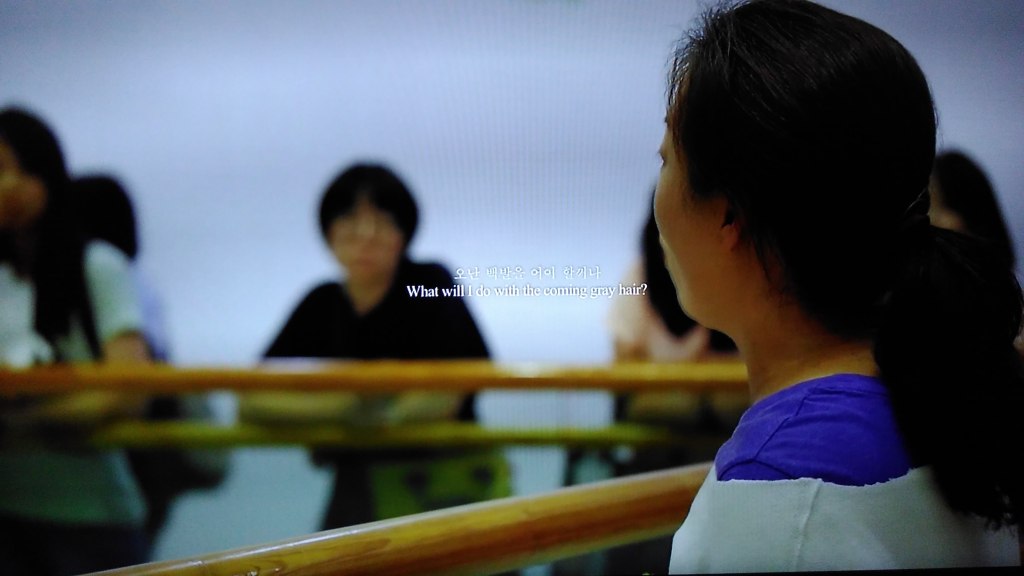 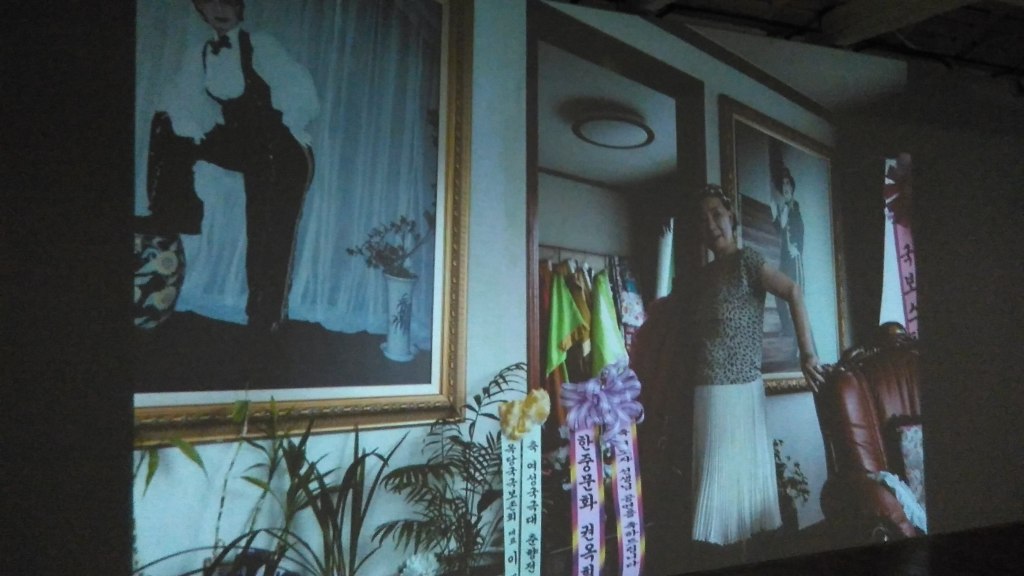