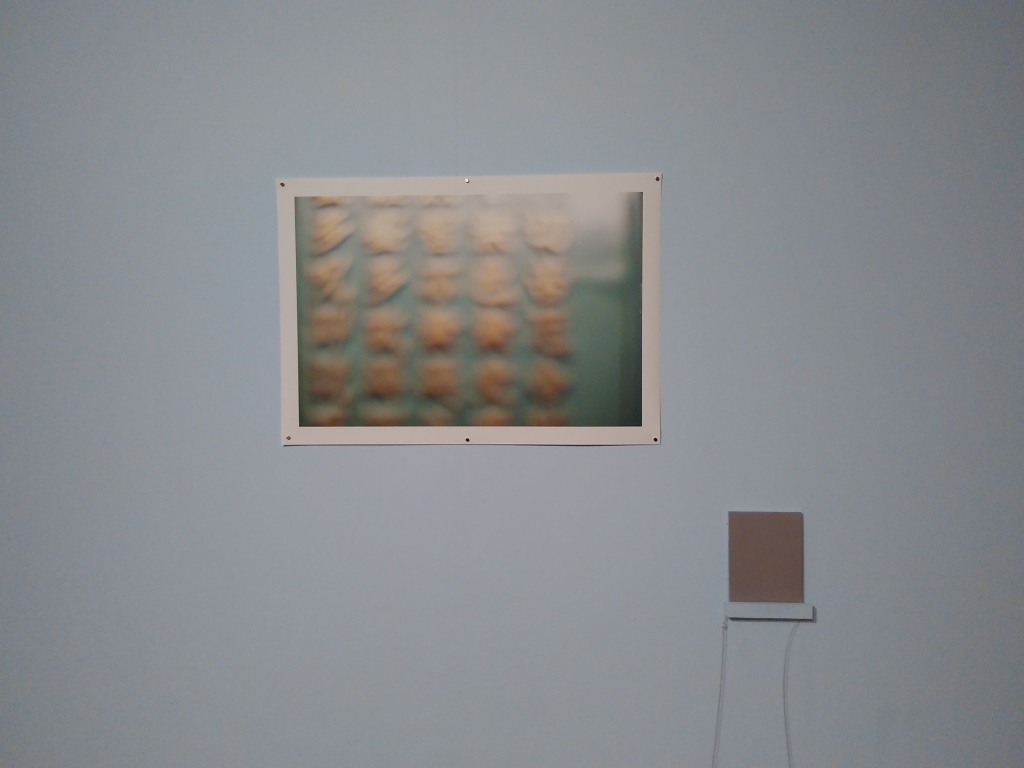 A photographic exhibition focusing on themes like the passing of time and memory.

Max Chan Wang photographed the long walkway connecting Hong Kong and Central subway stations. While the accompanying statement talked about split-time moments and eye contacts that happen between people on the subway, the image itself showed more of an anonymous crowd of individuals in dark greyscale tones. No eye contact, no connection, just a screenshot of a sad moving crowd without a single focus point, similar to the detached gaze of a security camera.

Garret Lai Ho Feng documented canteen meals and leftovers, accompanied by nutritional information. First I thought it was a personal diary, but then I realized it was more of a waste-documenting photo project, based on a ‘reduce food waste’ eco-ideology. The artist statement confirmed this and made me a bit disappointed: Instead of a documentary of a lived condition, the intention of the author flattened the work into a one-dimensional reduce-food-waste-propaganda.

Leung Wing Yee’s work was the most poetic, both in terms of statement and images. S/he set out to capture fleeting moments and feelings in time, only to realize the impossibility of the task. The photographs however still emanated a very subtle energy. They did not pretend to be something else then they were, nothing extraordinary, just records of small brief fleeting moments that at existed at one point in the past.

So, overall, while the photographs were good, the statements didn’t keep up with them in two of three cases, hinting that the authors are still searching for their own selves. 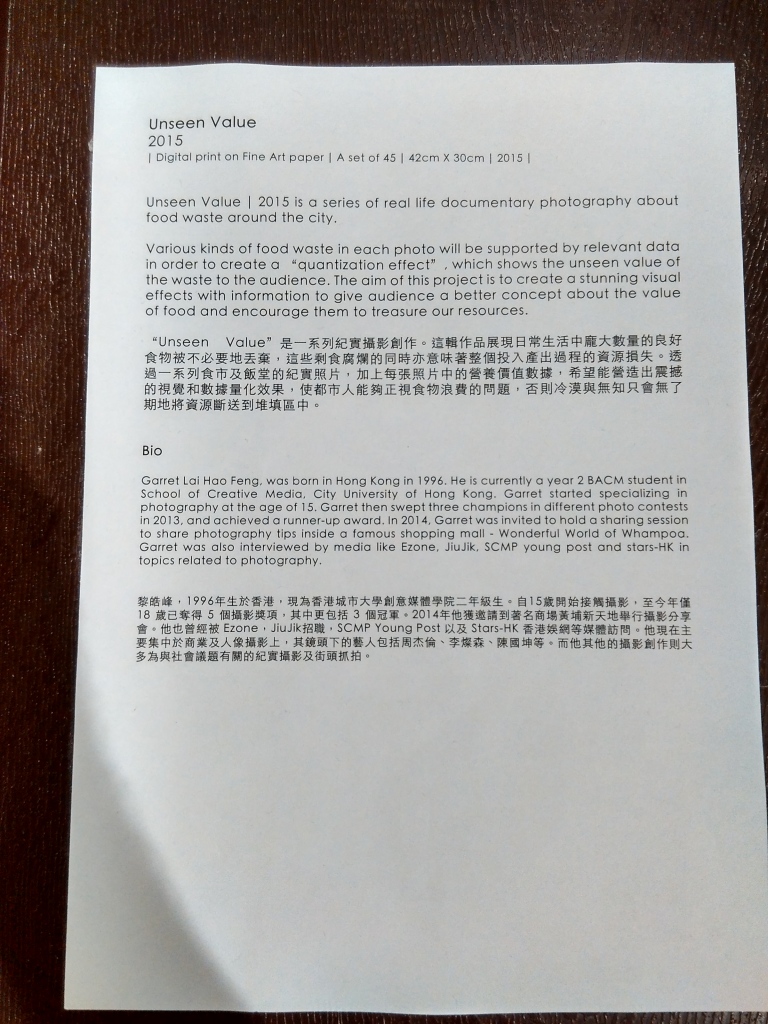 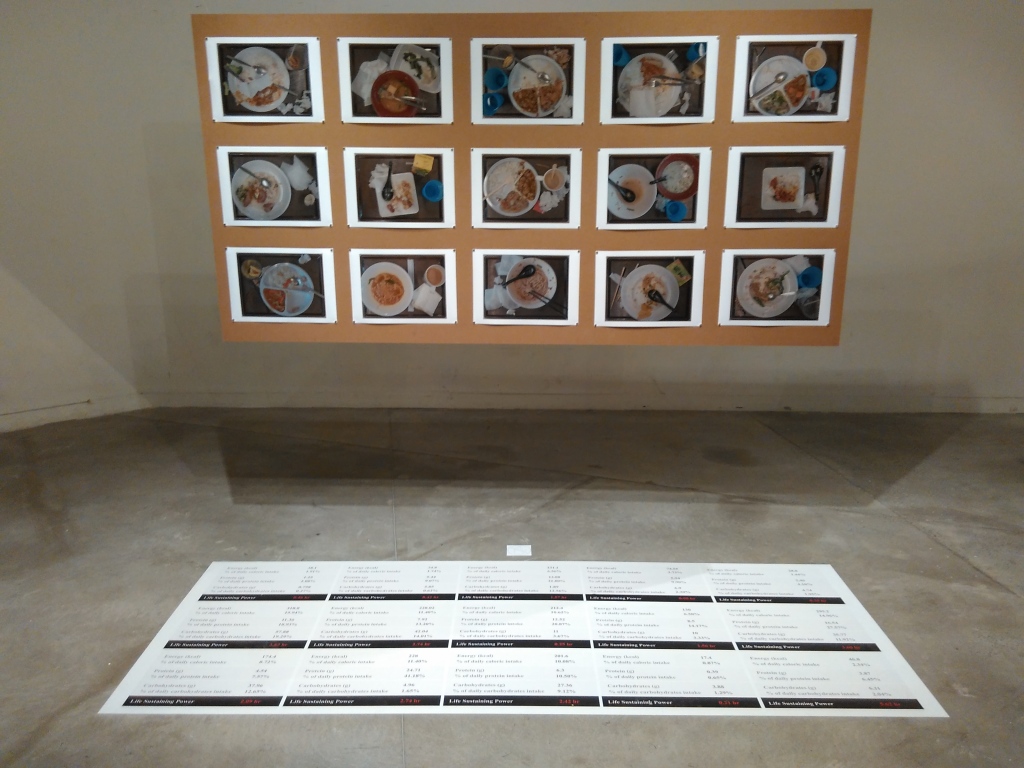 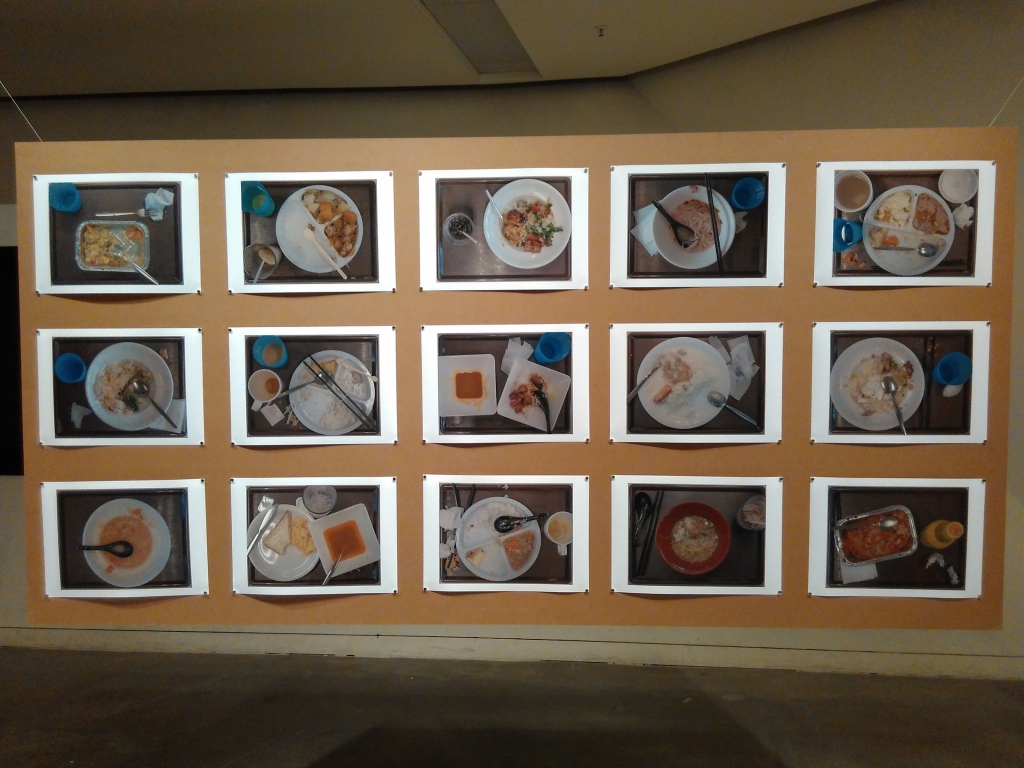 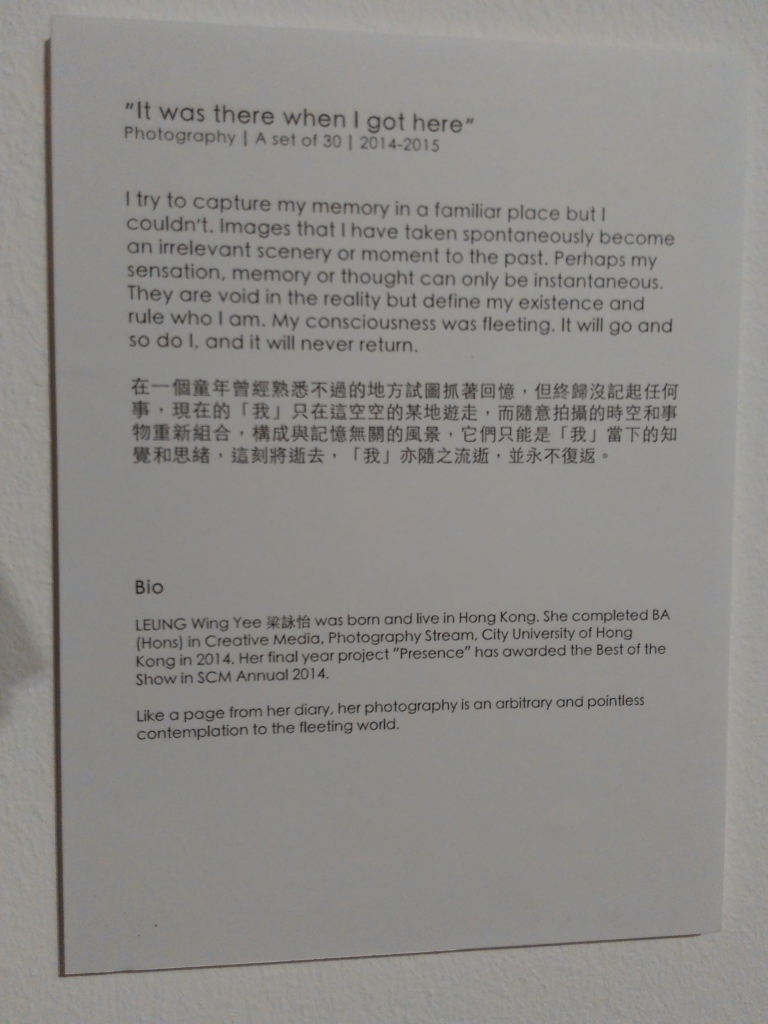 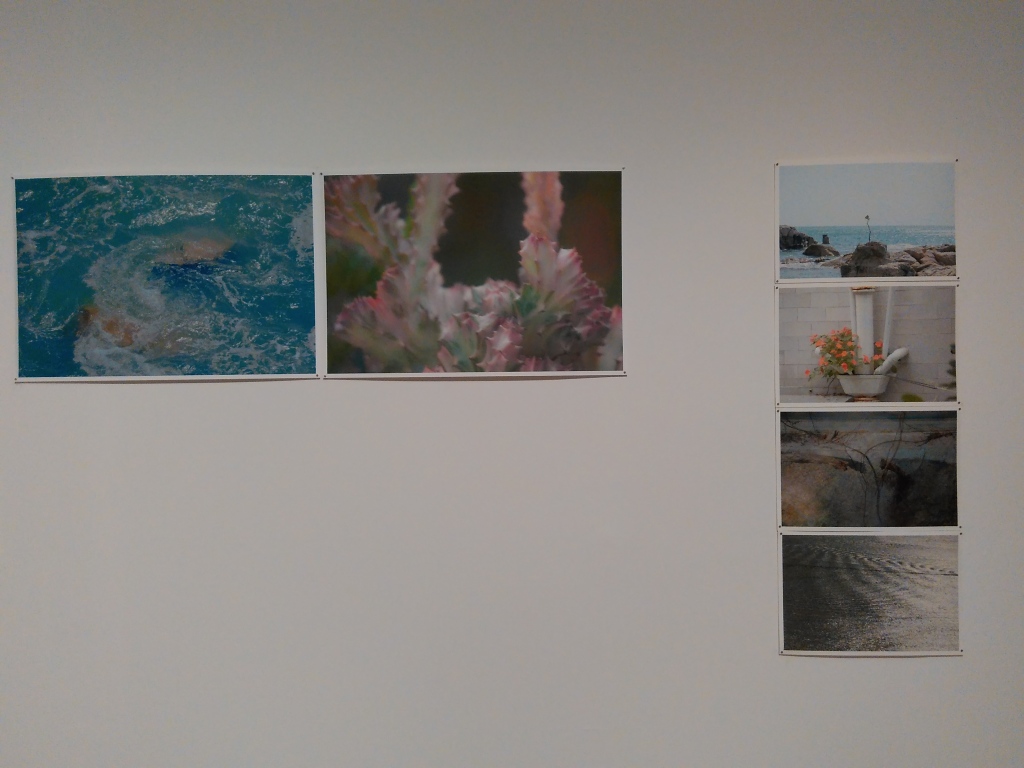 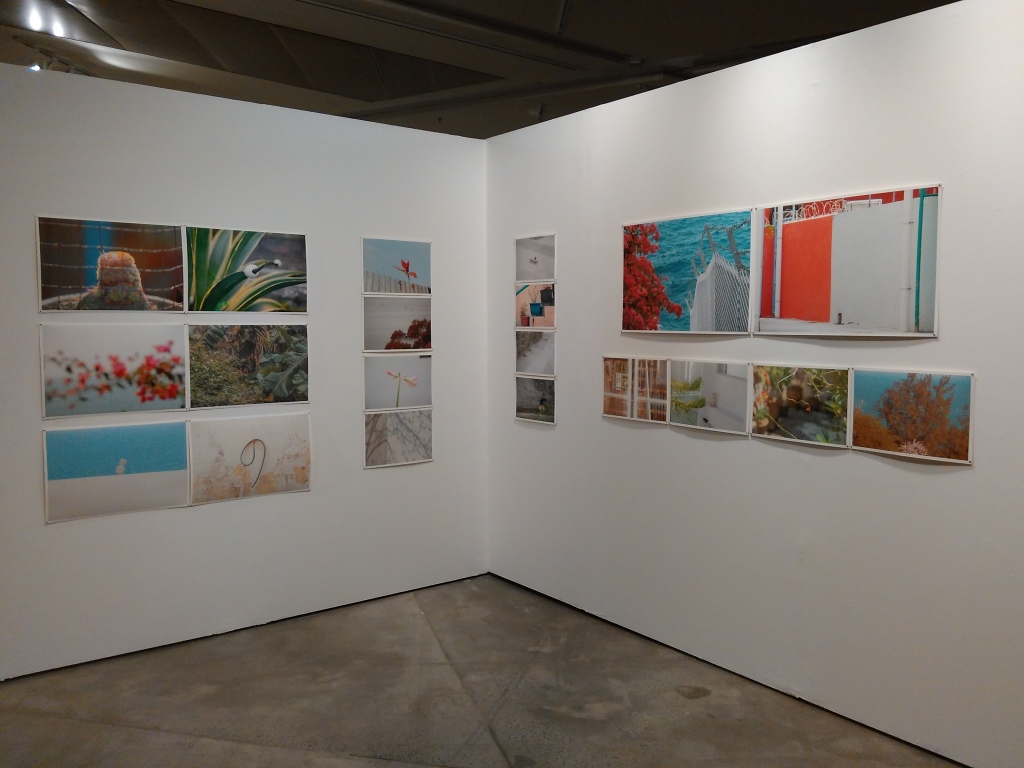 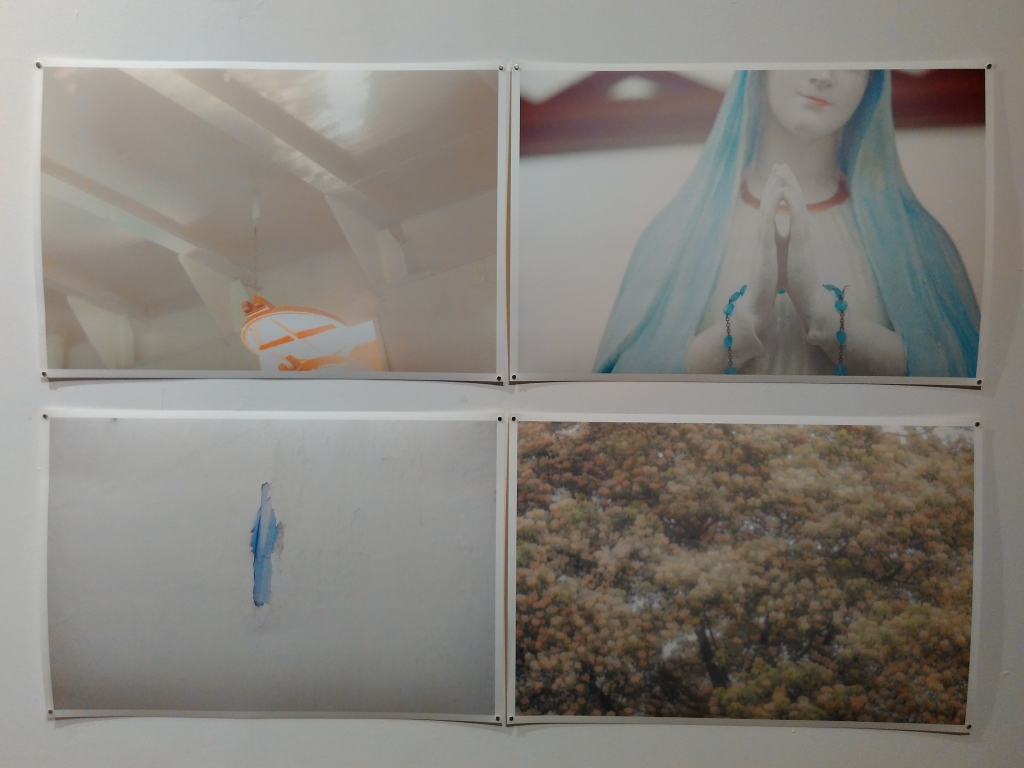 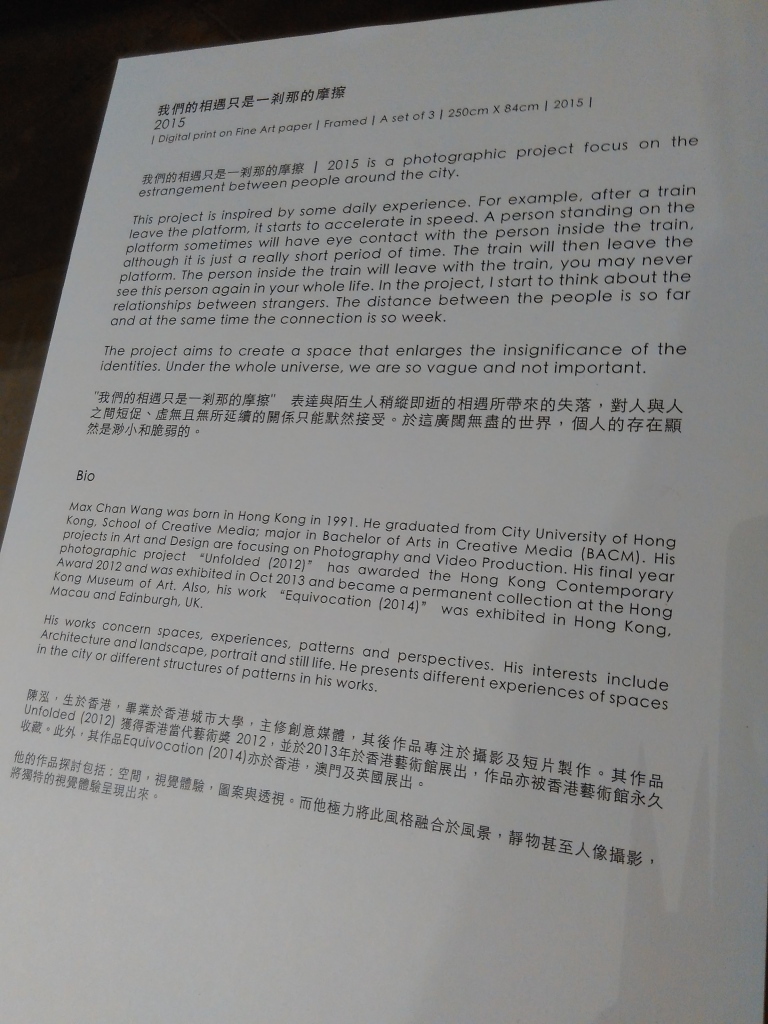 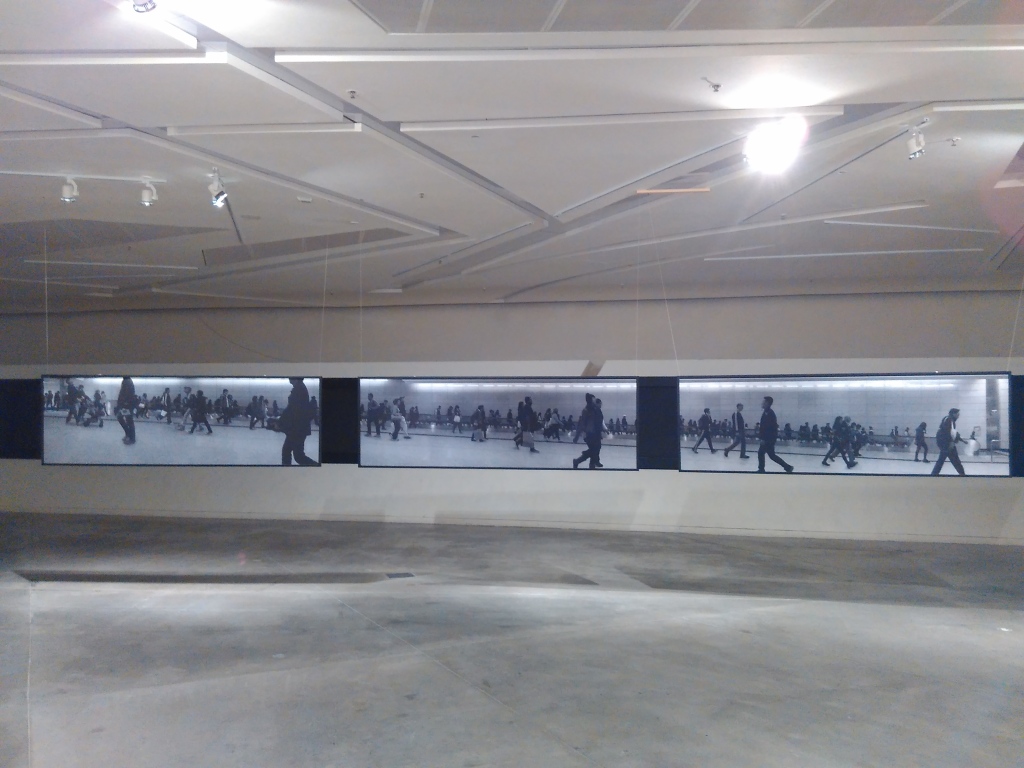