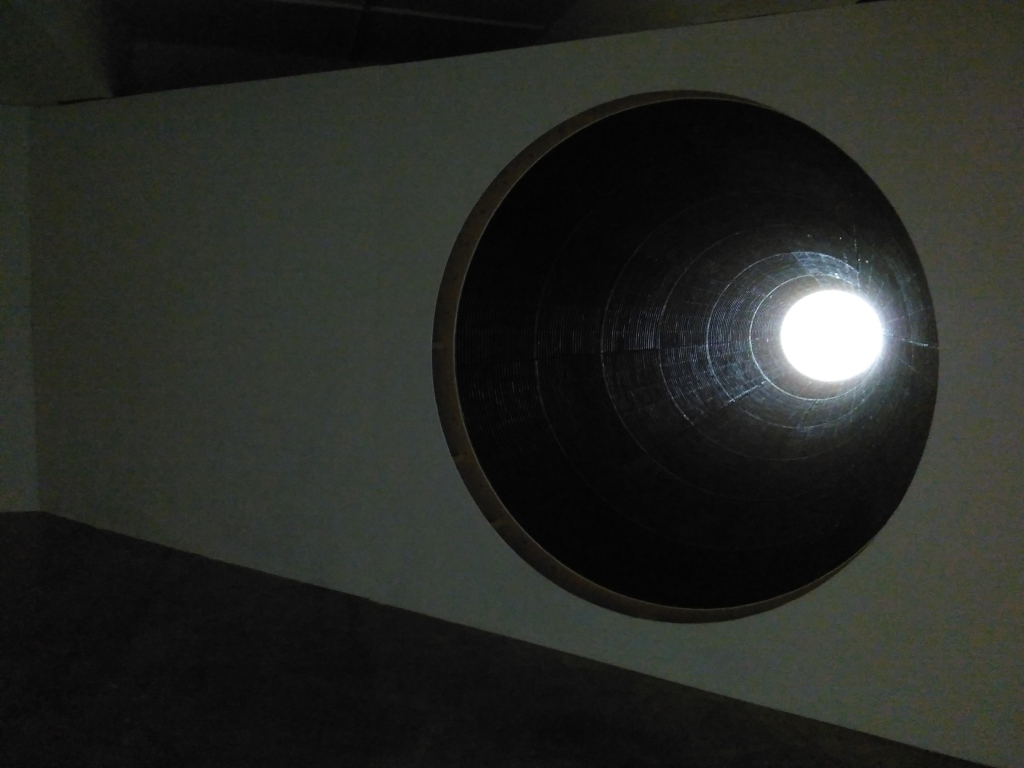 The show consisted of two large installations and a little booklet.

One large installation-object resembled a complicated plumbing system, which was somehow fitting for the basement location of the gallery. It was made from paper/cardboard and it did not hide the material it was made of. So it looked a bit like a 3D model come alive, without any texture applied: Instead of the uniform white-grey of the 3D modelling software, it was the brownish cardboard color that dominated. The sculpture contained speakers, which were making some hard to define ambient sounds. Now, I can’t really remember how it sounded like.

The other installation object was a trompe-l’œil sculpture simulating the view inside of a long round shaped tube with a light at the end. The material was again cardboard like, but this time appearing more as black, given the light emanating from the far end of the tube.

The little booklet (Korean) seemed to contain an essay with illustration, summing up the research surrounding different kinds of holes by the artist (from wormholes in space to holes in the middle of a donut).

The topic of holes was interesting, yet I had the biggest difficulty relating it to the cardboard model of a plumbing emanating sound. It looked like something from a comic book or a blown up model of a 3D puzzle. It was beautiful on its own, but I saw it as a mimetic representation of a section of an urban transportation system (for water, sewage, oil, etc.). It had a cartoon drawing quality to it, like something from a superman movie. Then, maybe this was the connection to the other ‘hole’ sculpture – the idea of something real yet unreal, unreal yet real. 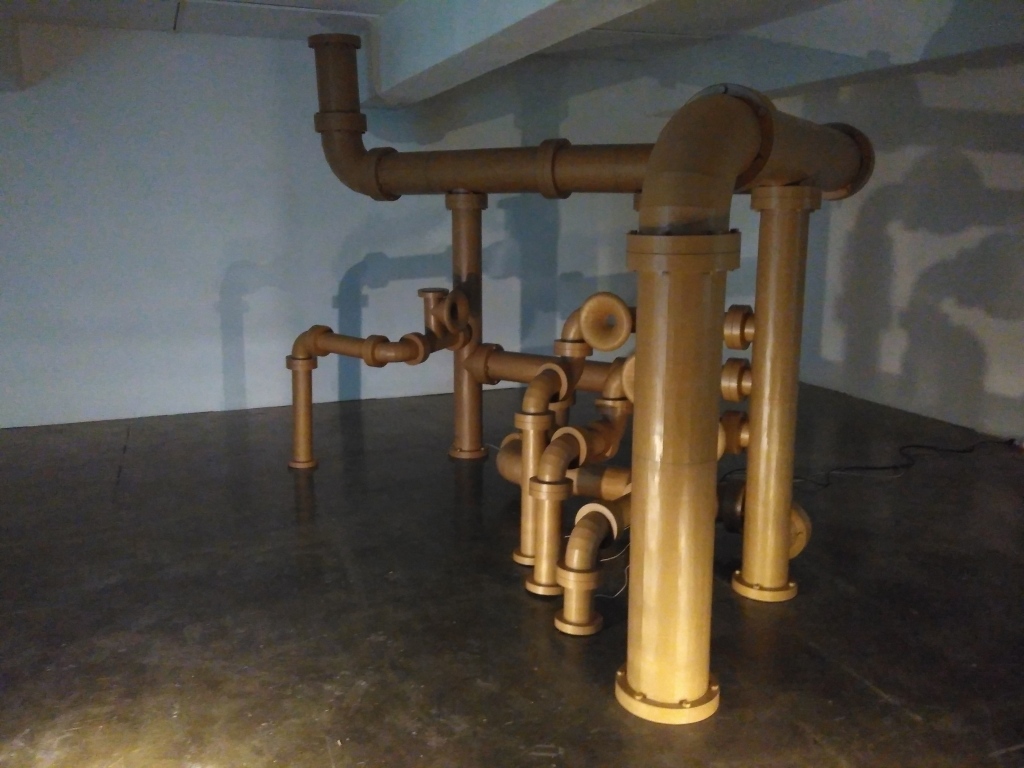