A chamber exhibition within the AAA library space, looking at Filipino musician and composer Jose Maceda as an associative starting point for collecting a range of artworks and materials. It was good to see it together with the curator’s (Inti Guerero) guidance. Listening to his introduction before and while walking through the show definitely helped to follow his line of thought, which may, from looking at the exhibit’s itself, seem highly associative and speculative. In this aspect, the show can be placed somewhere between a curatorial and artistic project.

The context of Maceda’s work was probably part of Guerrero’s fascination: Maceda worked in the Philipines during the era of Ferdinand Marcos’ dictatorship, working closely with the dictator’s wife, Imelda Marcos, as well as with Roberto Chabet a generation older renowned Filipino artist and educator who has equally been associated with the ruling regime (and in whose archive, donated to the AAA, Guerero happened to find the photographs of Maceda’s performance).

It was interesting to understand the art development in the Filipines under Ferdinand and Imelda Marcos (1965 to 1986). The pursuit of a close association with the USA, following a post/modernist art trend, coupled with folkloristic nativist myths (associative keywords: CIA and abstract expressionism). Political decisions shaped the development of art, also the role of Chabet or Maceda within the art system. The exhibition title – Udlot-Udlot – referred to one of Maceda’s work that followed the official ideological line, while making the best out of the opportunity given: combining traditional Filipino bamboo instruments (relating to a popular Filipino creation myth about Filipinos as the children of bamboo) and avant-garde ‘new music’ compositional methods.

To lighten up the theme, artworks (videos) by other artists have been inserted in the show. These works were selected by free association rather than direct relationship, and they served as welcome distractions or tangents to transport one’s thoughts yet somewhere else: Koki Tanaka (Piano…, 2012), Pio Abad (Ferdinand as Malakas, 2015), Jan Svankmajer (The Garden, 1958), Anand Patwardhan (We are not your monkeys, 1996).

Overall an inspiring exhibition, especially when accompanied by Guerero’s lively explanation. The exhibition once again raised the close connection between art and politics and did so in a very subtle way in a place where the very same power relations are being played out. 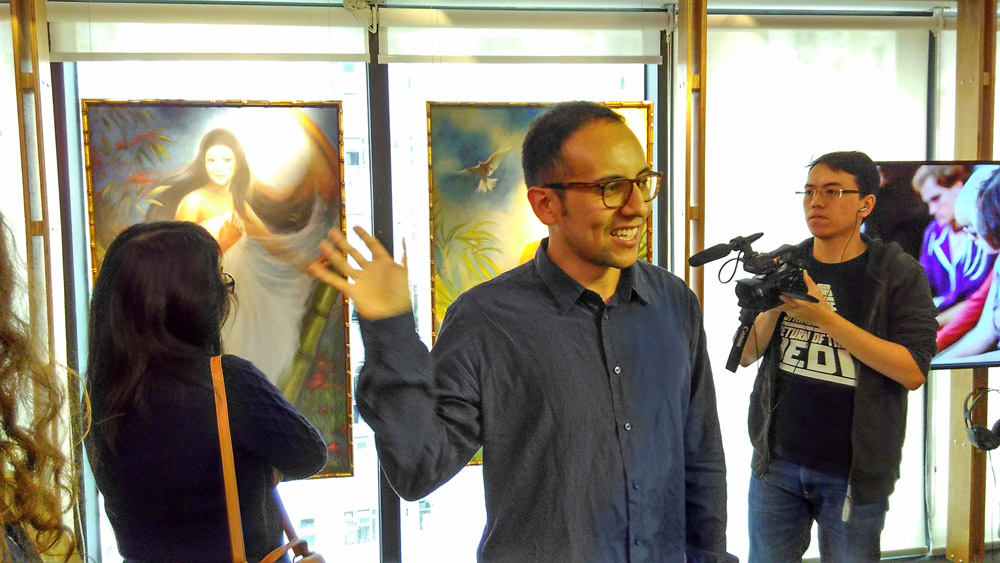 ← Gagosian Gallery: “The Shape of Time”
Hanart TZ: “The Garden of Winter Light” →