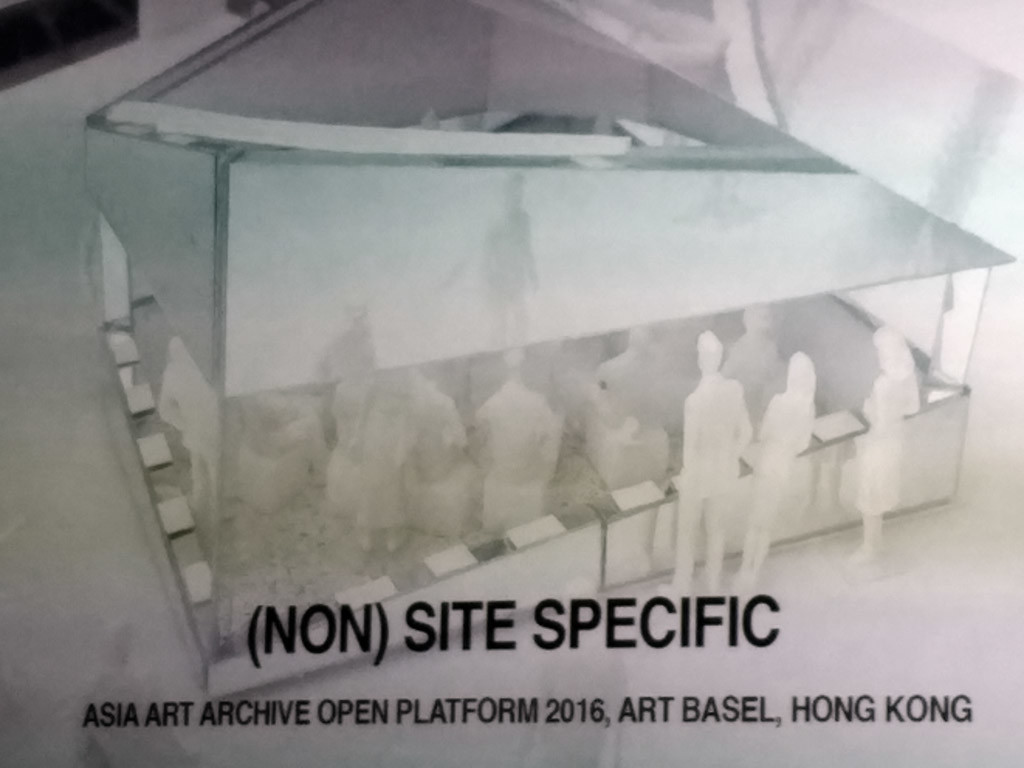 During the last few years, Asia Art Archive (AAA) commissioned a new booth for their presence in the Art Basel Hong Kong art fair every year. The booth has been used to create a space for encounter and idea exchange, most prominently a series of Open Platform talks. This year, Hong Kong architect Betty Ng, the director of the design studio Collective, has been the winner. The presentation at the Bloomberg auditorium was held to introduce Ng and her winning design.

After a short introduction by Ingrid Chu from the AAA, Ng took the stage and presented… basically the last 10 years or so of her CV, flashing with astonishing visualizations of buildings across the world she ‘has been working on’ while working at ‘OMA with Rem Koolhaas’ and Herzog and de Meuron in ‘Africa, Australia, China, the European Union, the Middle East, Russia, South East Asia, and the United States.’ Made me wonder what her responsibility in these projects was, as she rarely mentioned it…

After the self-branding through association part of the talk was finished, the self-promotion part started. Ng presented a number of projects accomplished during the past year by her own Collective brand. Here the scale became more modest, mostly interior design. Maybe this was also the answer regarding her involvement on the previous projects – designing display cases, walk-in closets and office layouts.

And then, in the very end, just by the way, Ng spend a few minutes showing about 3 slides with sketches of her AAA submission. Thankyougoodbye, as the Hong Kong shop assistants like to say…

I think most people were disappointed that Ng did not discuss more about the AAA Open Platform proposal. My takeaway from the talk is only that Ng is good at self-promotion. The booth commission has been won, so thankyougoodbye, and now it’s time to talk about myself again – that’s how her train of thought probably went.

The talk was rounded by a discussion with Sarah Kwok Yan Lee and Yutaka Yano (Sky Yutaka), who won last year’s commission, who were part of this year’s booth commission jury and who are part of the 2015 Bi-City Biennale of UrbanismArchitecture in Hong Kong and Shenzen curatorial team. Not much new was said here either, except for Ng repeating that experimentation is really, really important in her practice, as well as is on-line collaboration. The most refreshing comment came in the very end from architect Collin Fournier (jury member) who was in the audience: Architects bullshit all the time. 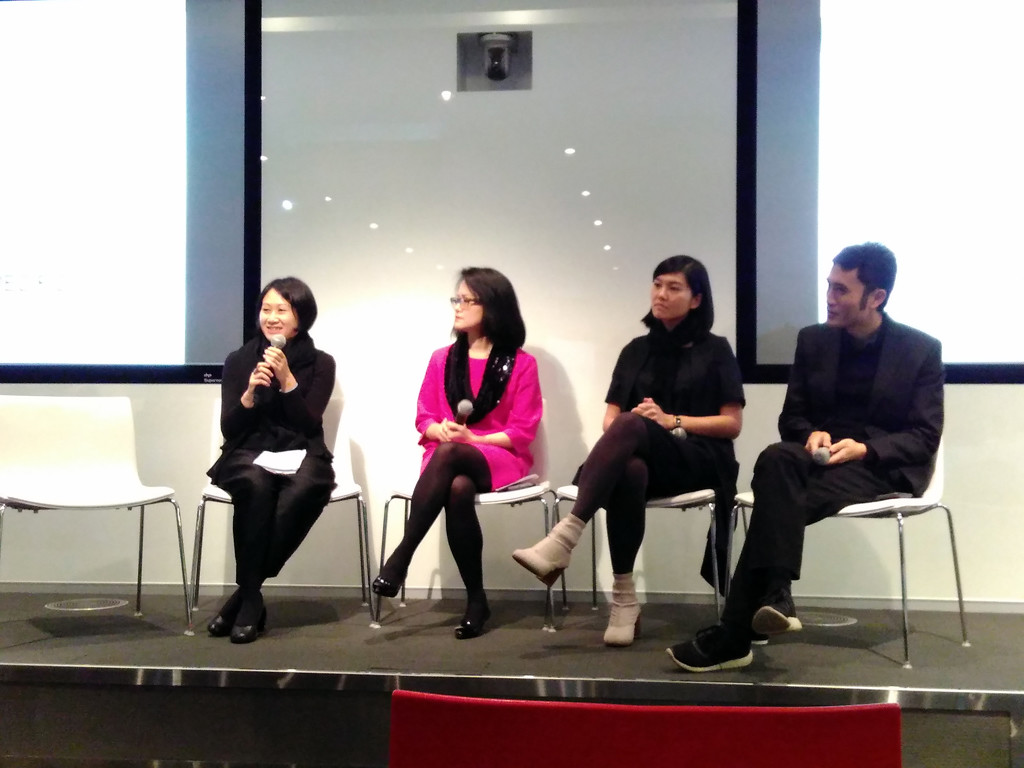