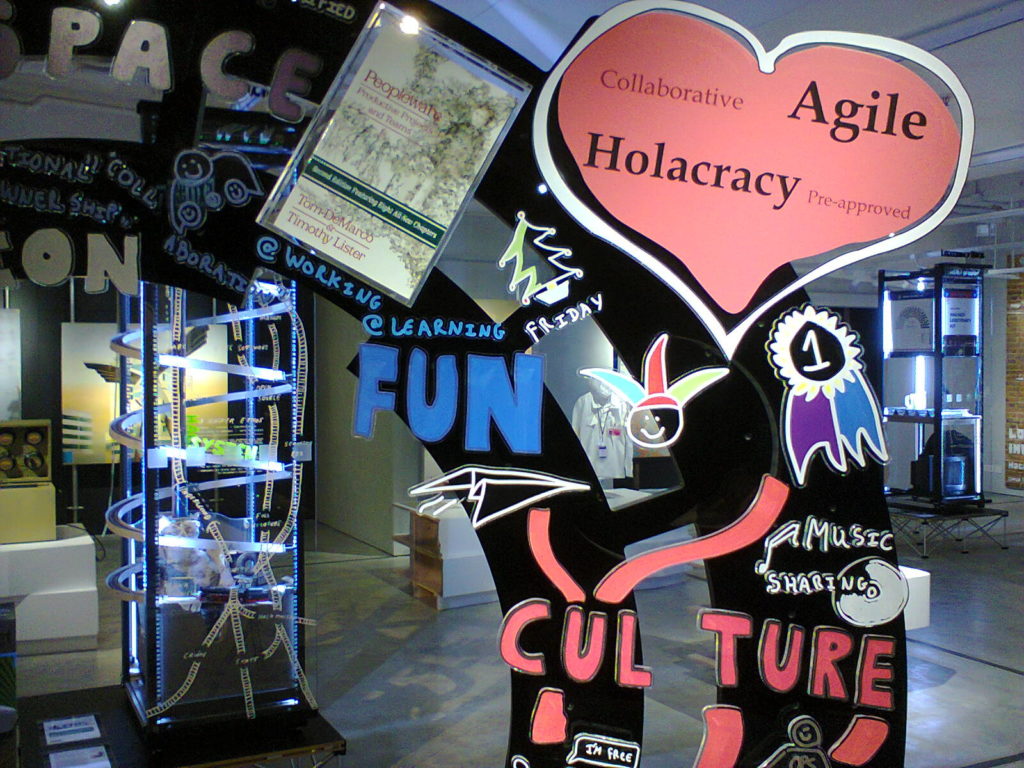 For this year’s Art Basel Hong Kong circus, K11 Art Foundation (affiliated with the K11 Art Mall in Tsim Sha Tsui) partnered with Serpentine Galleries and it’s curators Amira Gad and Hans Ulrich Obrist to set up a “pop up” show expanding New Zealand artist’s Simon Denny’s project “Products for Organising” (at Serpentine Galleries London) by mashing it up with a group of Chinese artists affiliated and probably in the collection of the K11 Art Foundation.

Most of the artists in the show were interesting, but the way how everything was mashed up and mixed together in the midst of Denny’s work, accompanied by rather loud noises about which I could not say if they were part of the show or just the noise from the air condition, made the whole look like a big mess, even if Denny, who monopolized the whole space of the show with large “signature” server tower racks filled with readymade object installations and some scribbles, tried very hard to structure the space into a grid layout which reminded me of the real estate developments of K11’s mother company, the New World Group – the exhibition space was probably some kind of repurposed real estate showroom anyway. 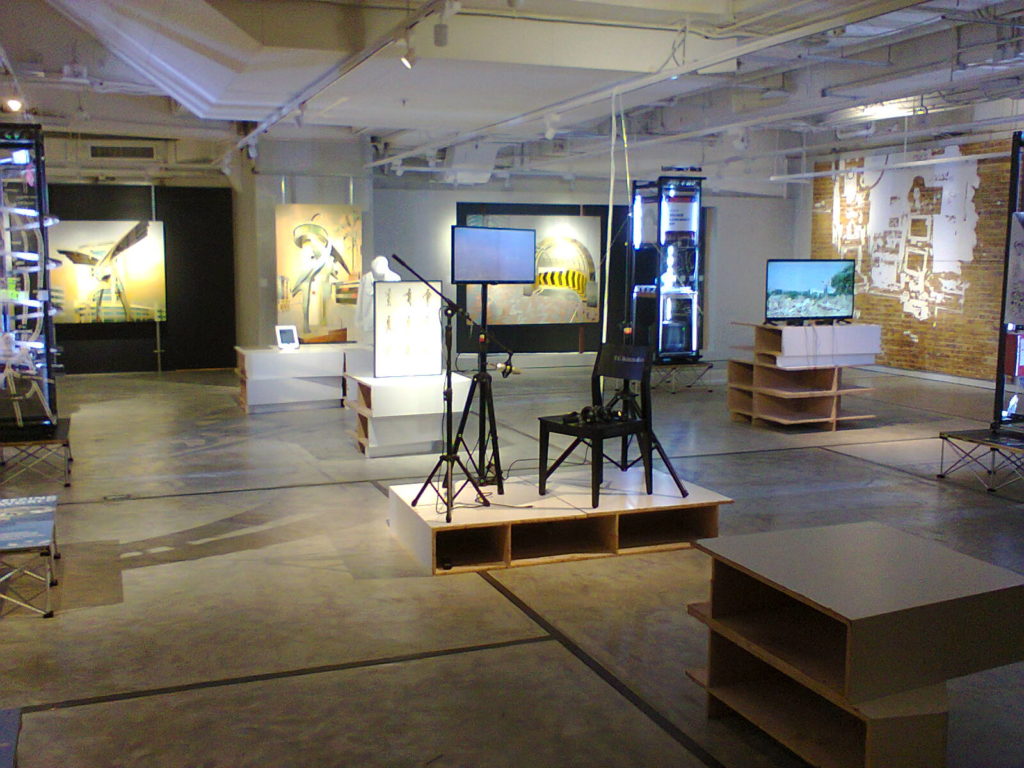 A few years ago, I heard Cao Fei曹斐talking at Art Hong Kong, and it was obvious she became a mother and housewife, and this is reflected in her artworks too, as the Rumba II: Nomad, in which she films high-tech robotic vacuum cleaners moving around ruins of buildings shortly before demolition. Nostalgic, almost pathetic, and at the same time retrofuturistic. The household sci-fi robots seem so out of place in the dirt and troubles of this world which they have no way of solving anyway. And I guess the inspiration comes from observing her own automated vacuum cleaner in her Beijing suburb home.

Li Liao’s李燎artwork Consumption consisted of getting employed at Foxconn, and working there long enough to afford to purchase one of the ipad mini that he has been involved in producing (took him about two months). He exhibited some documentation like the work contract and the white uniform. 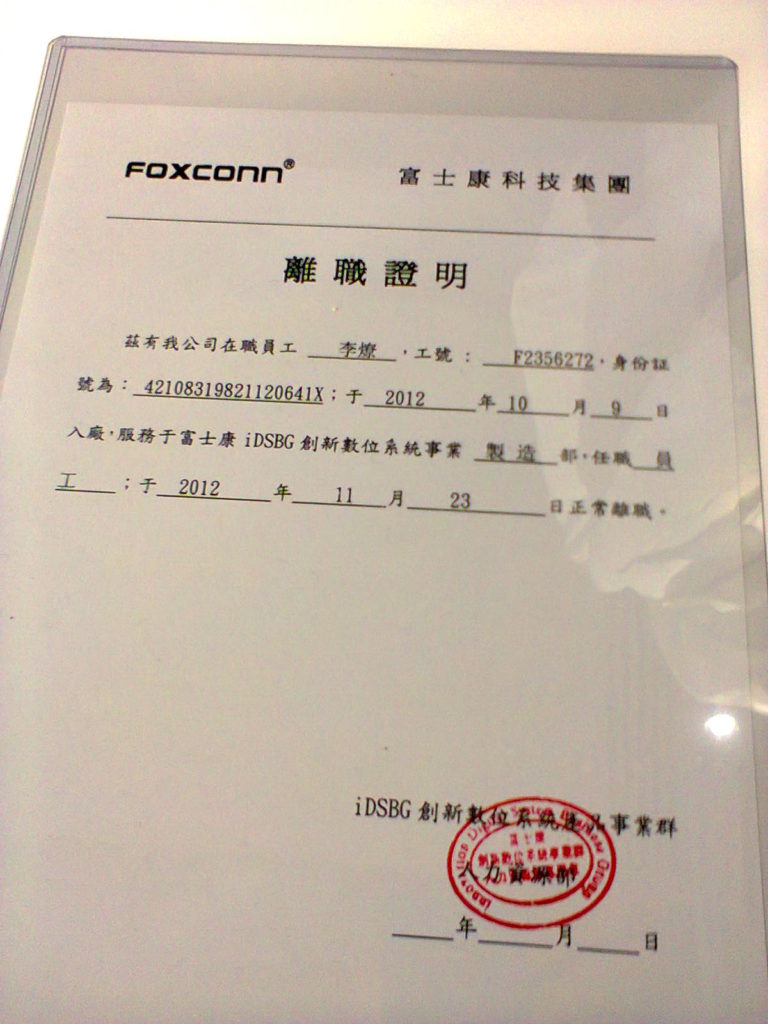 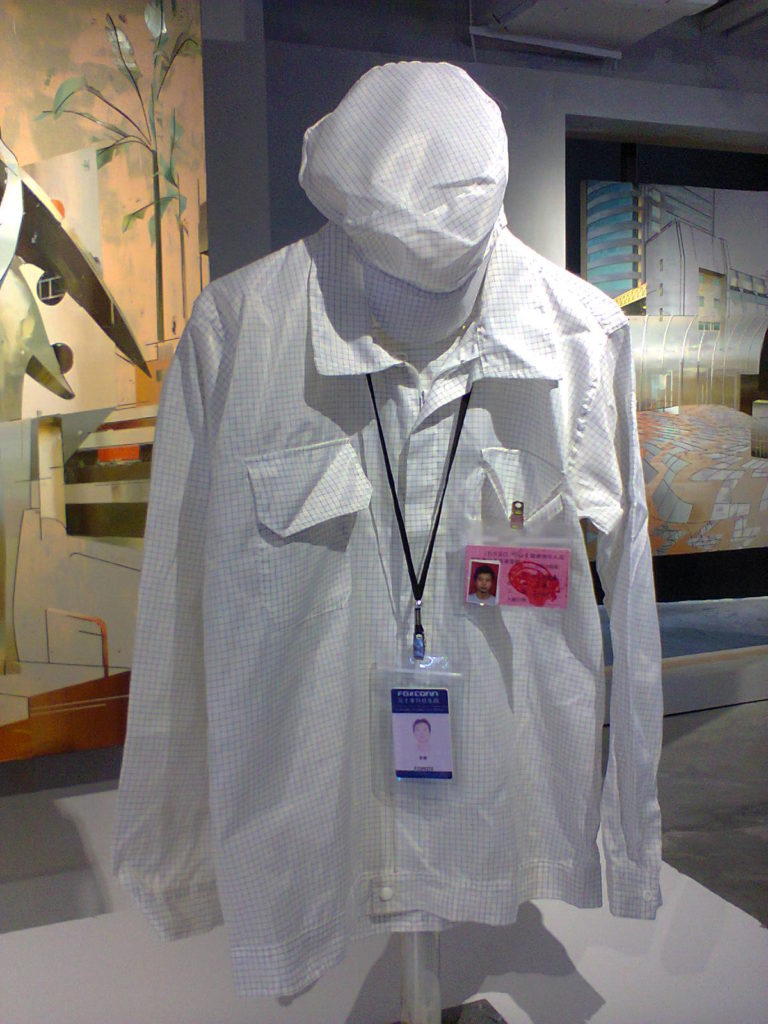 Then there were painters: Cui Jie崔潔 with her retro-futurist-modernist portrayals of Chinese commercial architecture and decorative “modern art” in front of them. Firenze Lai黎清妍with one painting, with modernist/social realist inspirations and a bit reminiscent of Neo Rauch. Liang Shuo’s梁碩 three-dimensional painted landscape sculptures. Zhai Liang’s翟倞 rotoscoped protester-throwing-a-stone watercolor.

Xu Qu徐渠was the only sculptor, with his heavy (but not too heavy) but fragile looking sculptures. And then some media artists: K11’s Shanghai favorite Xu Wenkai徐文愷, Tao Hui陶輝 (photo below), Guo Xi郭熙, and one conceptualist with some paper scribbles, Hu Qingtai胡慶泰. 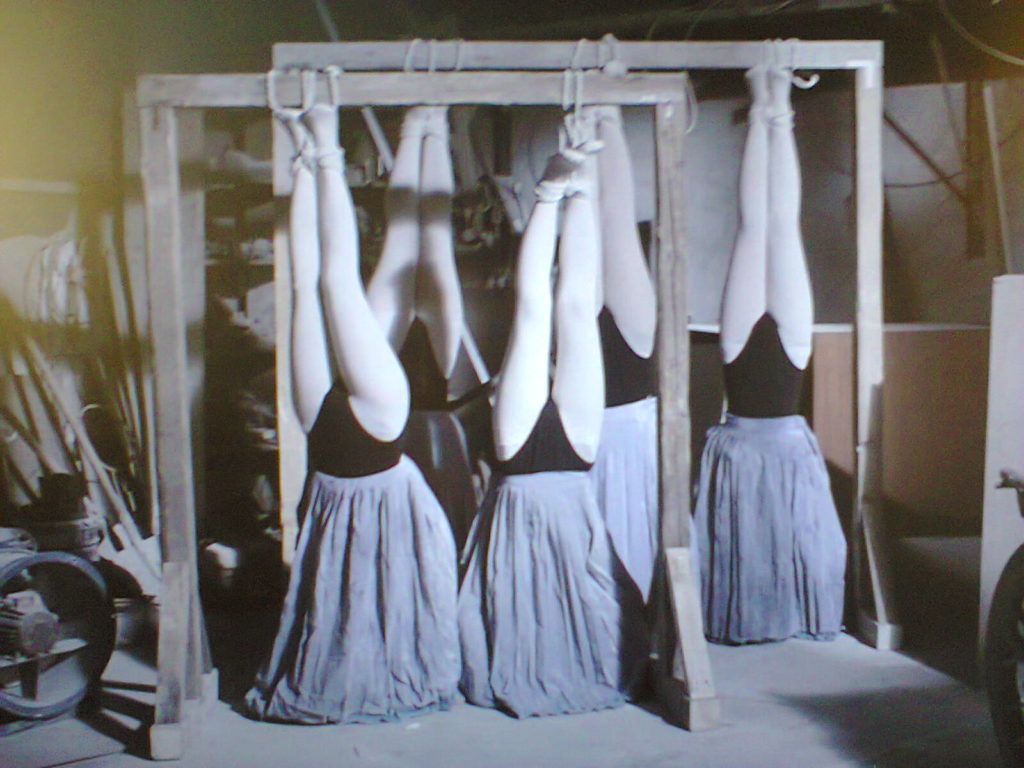 Overall there was interesting stuff, but it was quite intense in the Denny-vs-a-bunch-of-K11-artists context. The purpose of the show was all too obvious: Promoting the foundation and its artists through association with an established brand. This left an aftertaste of some experiential marketing event. But it was good to see Denny in Hong Kong. His art exemplifies what happens if one wants to talk about new media and technology while not being a new media artist but an art market artist. The art world is actually very traditional and un-modern. So relatively little is needed to be perceived as cool and hip. Denny does not really work with technology or hacking, but he works with symbols of technology and hacking. And that’s all what is important in the art world. My problem with his art is that he participates in the disintegration of term. Hacking used to stand for a critical point of view and an ethical conviction, but now became just a meaningless buzzword, where making a banana-apple smoothie by yourself (not buying it, how shocking!) in your kitchen is called a fruit-hack. 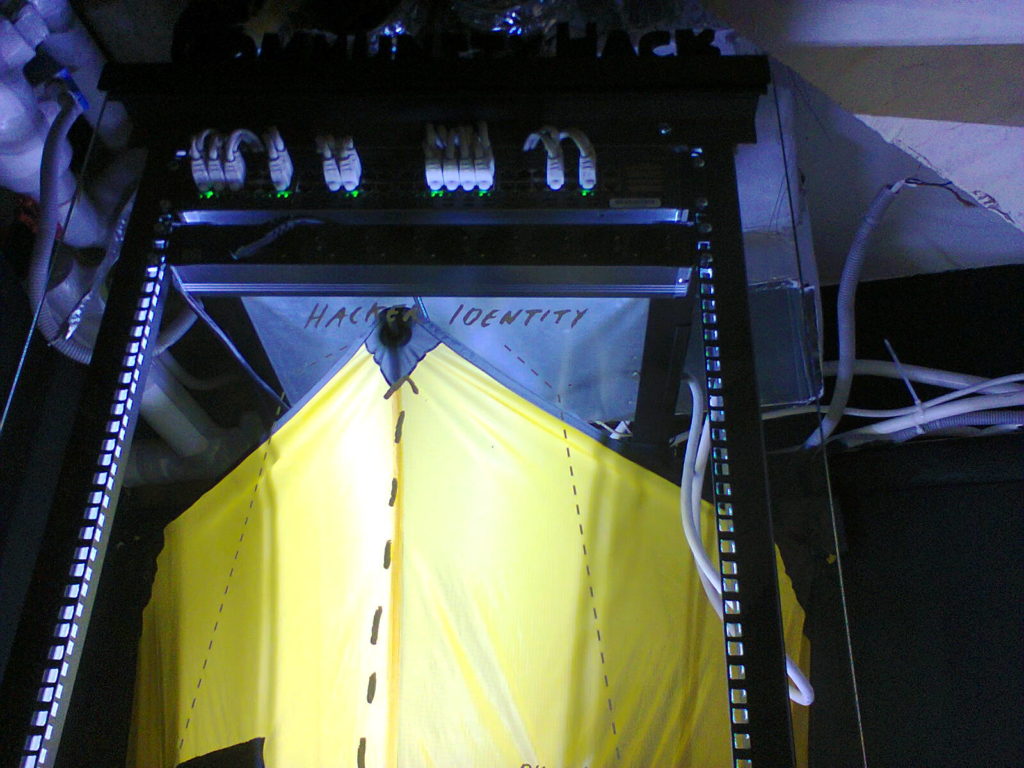