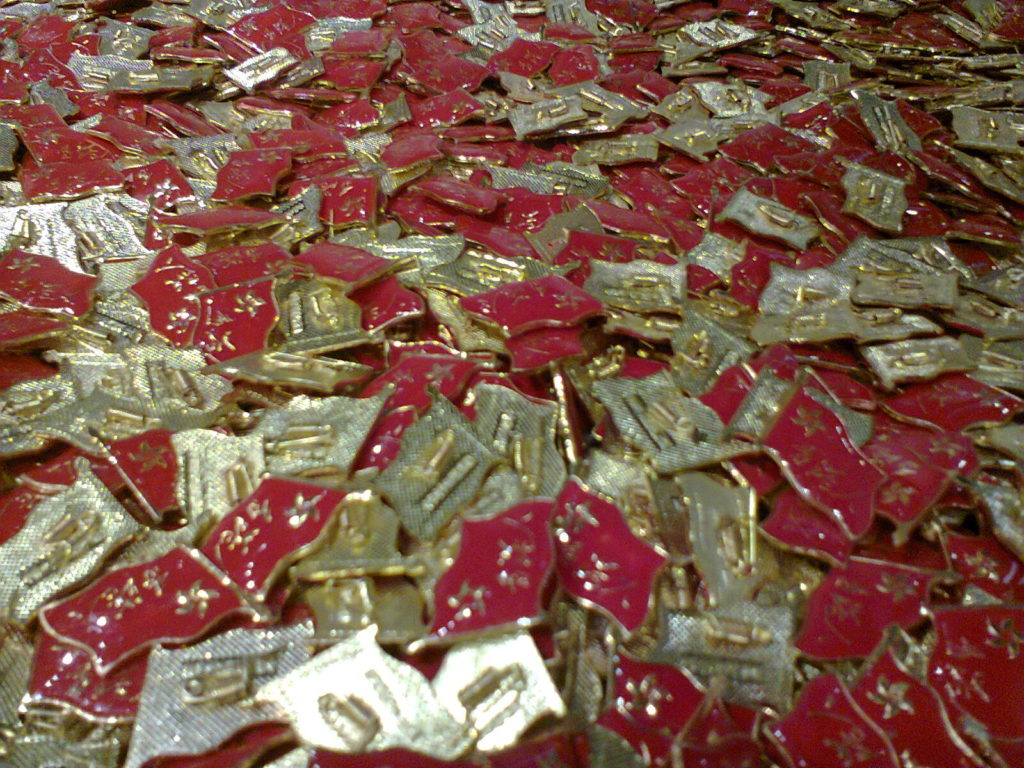 The Mills Gallery, renamed just after the inaugural exhibition to Mill6, is a “future” gallery that does not exist yet, and thus organizes exhibitions pop-up spaces, like this time, in a shopping mall in the Nan Fung Tower, owned by Nan Fung Group, who also own Mill6. “Nan Fung Group (Chinese: 南豐集團) is a privately held group of companies carrying on the business of property development as its core business in Greater China, including shipping, textiles and financial services. It is also one of the leading property developers and largest privately held developers in Hong Kong.” (Wikipedia).

Mill6 has a thematic delineation, based on the origins of the Nan Fung group in textile manufacturing, and so they do exhibition related more or less directly to the topic. This time, the topic was present in the title, and Hahn’s work who made use of textiles in some of her work.

Kwan Sheung Chi is an artist from Hong Kong and I first encountered his work, which always seems to be thought provoking, last year in the inaugural Quarry Bay Para Site show. Here he presented a simple yet very powerful work commenting on the situation of Hong Kong. Visitors first trampled through a huge field of miniature Hong Kong flag pins and entered a triangular floor room with three automated sliding doors through one of the doors that opened. Inside of the room, there was one simple pillar, floor to ceiling, emitting white light. 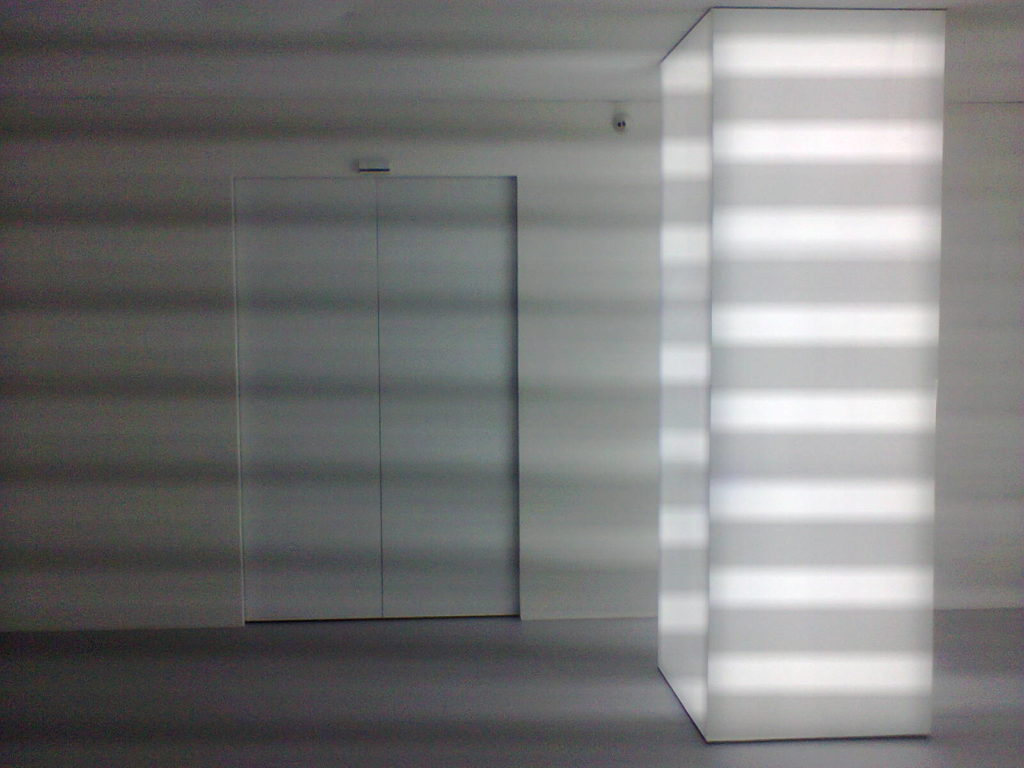 The door through which the visitor entered the room automatically closed again in the meantime, and the only way forward was through approaching another door. This door opened into a separate space that showed a work by Kwan, a map of Hong Kong as a globe, attesting to the insular nature and mindset of the city state. Hong Kong as a world in itself. 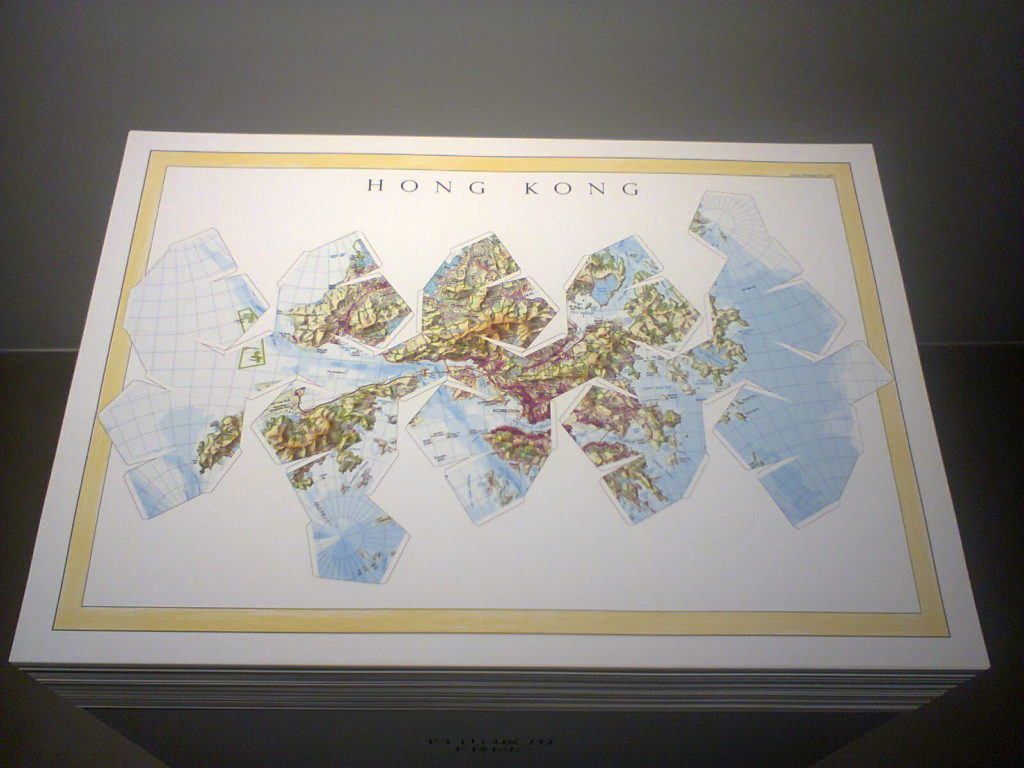 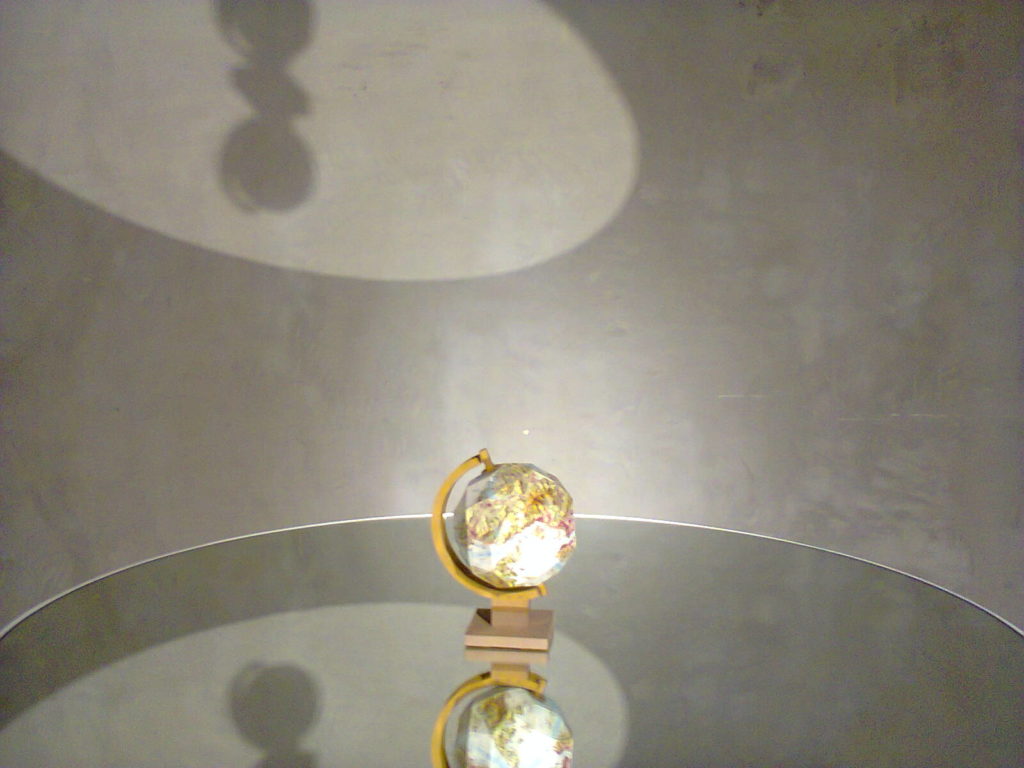 In the meantime, the automated door used to enter the room closed. Now I wanted to leave the room… but I realized there was no way to open the door. I was in a closed space. Intentional as it was, I could understand this feeling of being enclosed and locked in in Hong Kong’s claustrophobic environment consisting of never ending corridors, metal barriers and miniature spaces. For the local population the spatial claustrophobia is augmented by a political claustrophobia, since 1997 and more recently since the 2014 protests. The only way to leave the room was by being “liberated” by other visitors who opened the door with the sensor from the other side and took my place. The door closed and I was once again in the closed triangular space, all doors closed, and the only door that I could open lead back to the dead end. So once more, one had to wait for another visitor to come in and open the door from the other side in order to go out.

The installation created a feeling of claustrophobia and unease… being locked up in an exhibit. But that was the aim of the artist, as he tried to express and induce a feeling of hopelessness that exists in that part of Hong Kong society that is too poor to buy their Canadian passports (actually the poor majority) and cannot but do their best to survive on the little island which does not belong to them, but to a handful of real estate companies like Nan Fung Group.

Mariana Hahn, from Germany, who has been an “artist in residence” at Mill6 had a hard time competing with Kwan in her works “inspired” by Hong Kong. Next to Kwan’s very simple but very powerful work, that expressed and was able to evoke some of Hong Kong people’s feelings through a situation (as it cannot be described by words or images), Hahn’s installation of water color drawings, clothes soaked in glue or partially crystalized solutions and two rather abstract videos could not really bring anything surprising or astonishing and it was reminiscent of a typical “end of residence” exhibition as artists do at the end of their residences. I understood that Hahn’s presence was necessary to make the exhibition shopping mall-compatible (as it was taking place in a shopping mall) and to tone down a bit the urgency of Kwan’s work. I also understood that Kwan’s work had not much to do with textiles, so Hahn had to come and put up some stuff to fulfill the inspired-by-textile quota of Mill6. But this understanding could not dissolve the feeling of imbalance and incompatibility between the two artists. Hahn said to be inspired by some site specific research on Lantau Island, but from the artworks this was barely visible, and, compared to Kwan’s installation, it has nothing to do with the lived reality of Hong Kong. Maybe the best approach to Hahn’s work was through Kwan’s work, showing yet another disillusionment, that of the difficulty of Hong Kong people to explain their worries and fears to anyone, and the feeling of being left alone in a place which outsiders see as some romantic island paradise. 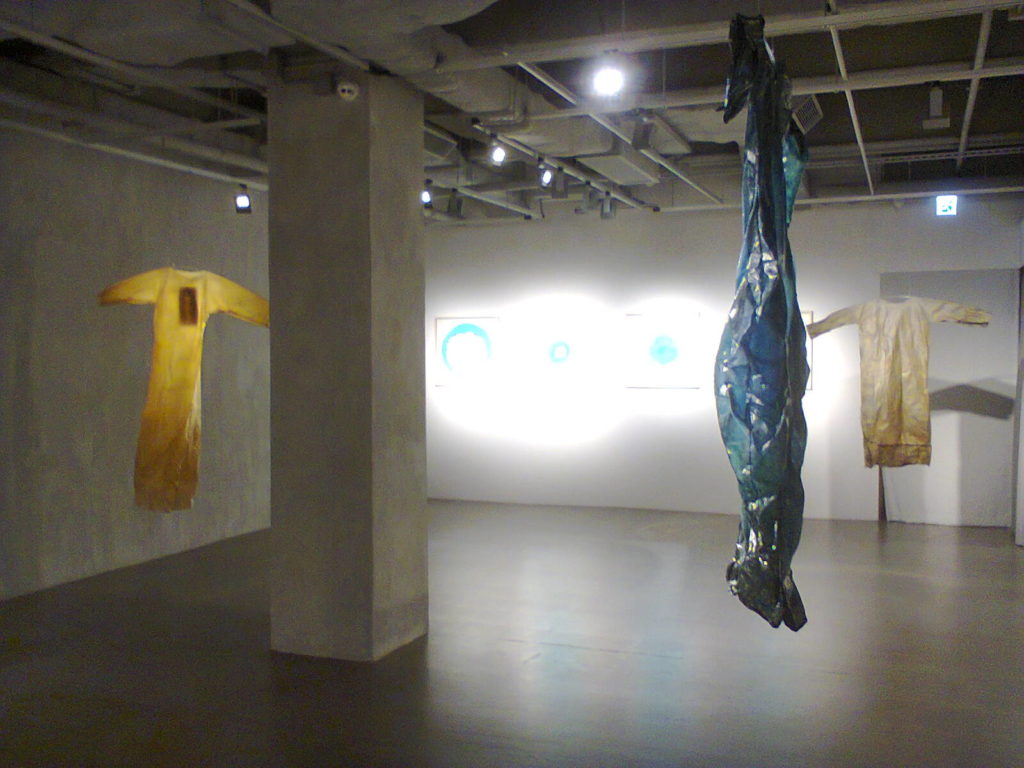 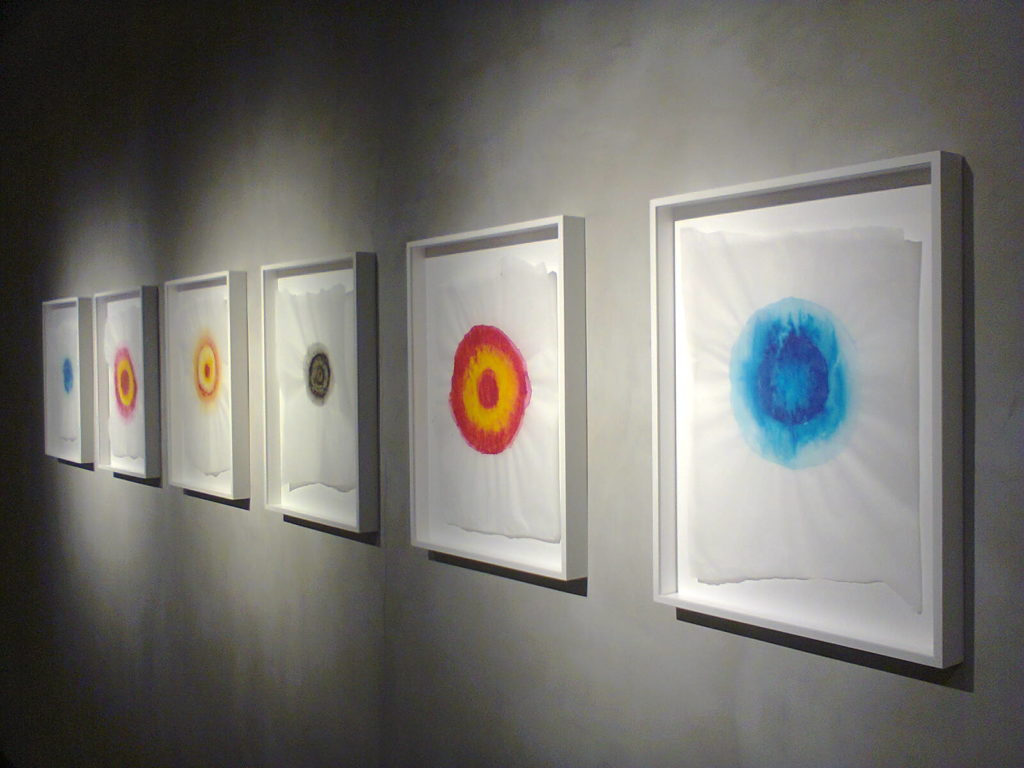