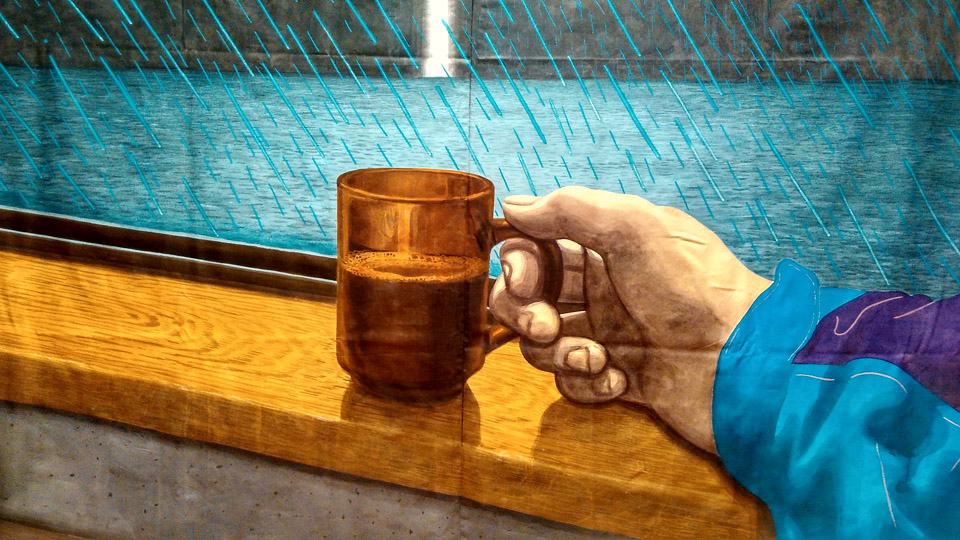 The sheer number of artists and artworks in this painting exhibition was overwhelming at first sight. According to the press release the show set out to map a decade from the mid-2000s to the mid-2010s in Korea. In the quantity of rectangular canvases on the wall, orientation was a bit difficult, but as time passed by and my movement slowed down, I got to appreciate most of the works. It was really a representative selection of a young generation of emerging painters. Some names sounded familiar to me, others not, some paintings spoke to me more and some less, but overall, each painter had his or her own voice and standpoint worthy to engage with.

Woosung Lee, whose solo show at Art Space Pool I missed last year and whose work I glimpsed at the SeMA Nanji open studios, stood out with his loosely hung unsupported canvases with high contrast colors reminiscent of old painted movie posters and billboards. Paintings of Hoin Lee reminded me of his solo show at Cake Gallery last year that left a strong impression on me. At first I also attributed two paintings of nocturnal landscapes by Sejin Park to him, but at a closer look the brushstroke technique used was very different. It was the first time for me to encounter a series of figure paintings of Sungsic Moon, depicting individuals and couples, some in their teens and some very old, skinny and with crumpled skin. The paintings were almost monochrome, composed of thin lines reminiscent of calligraphic brushstrokes. I also noticed of Jahyuk Yim’s lush green painting of a mountain landscape balancing on the line between illusory depth and graphical flatness. There was more than this and each painting would deserve a mention, but this should give at least a hint at all that was on display. 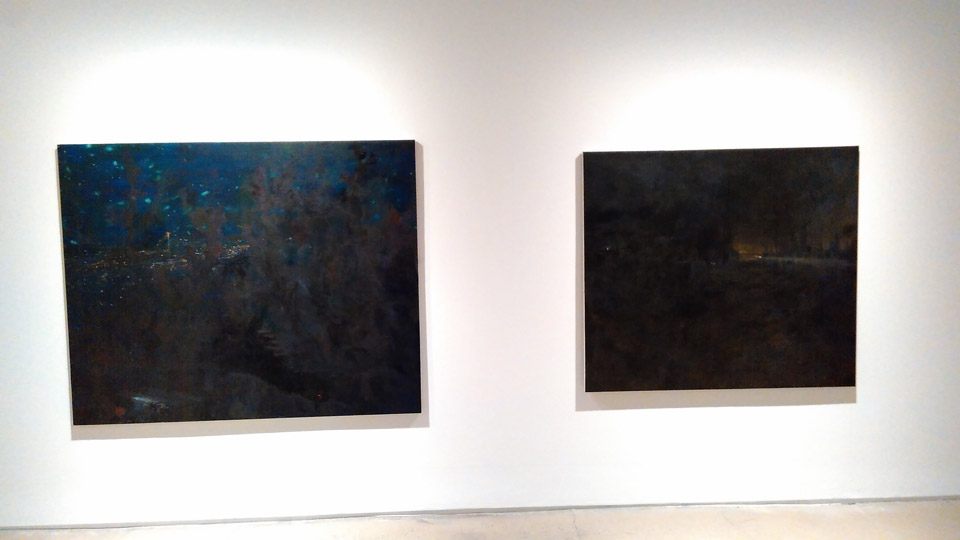 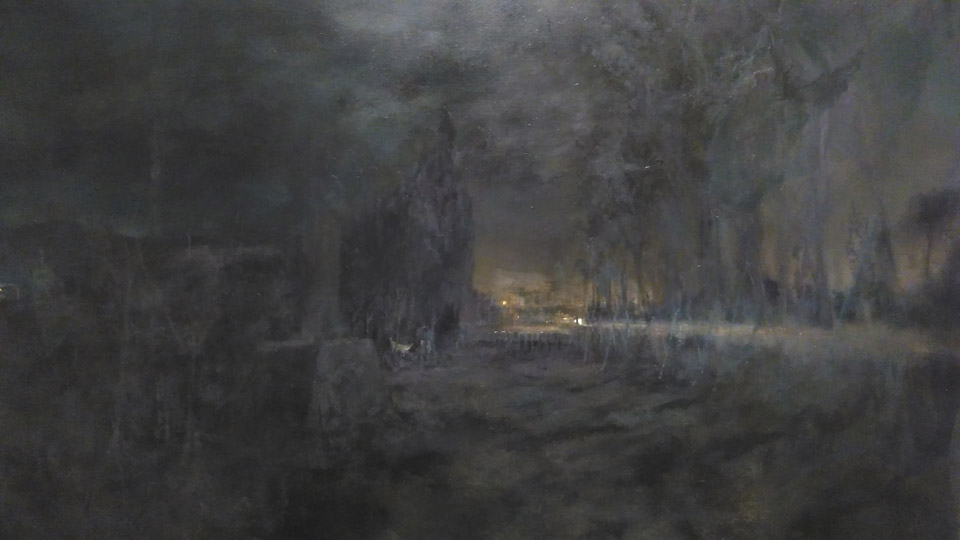 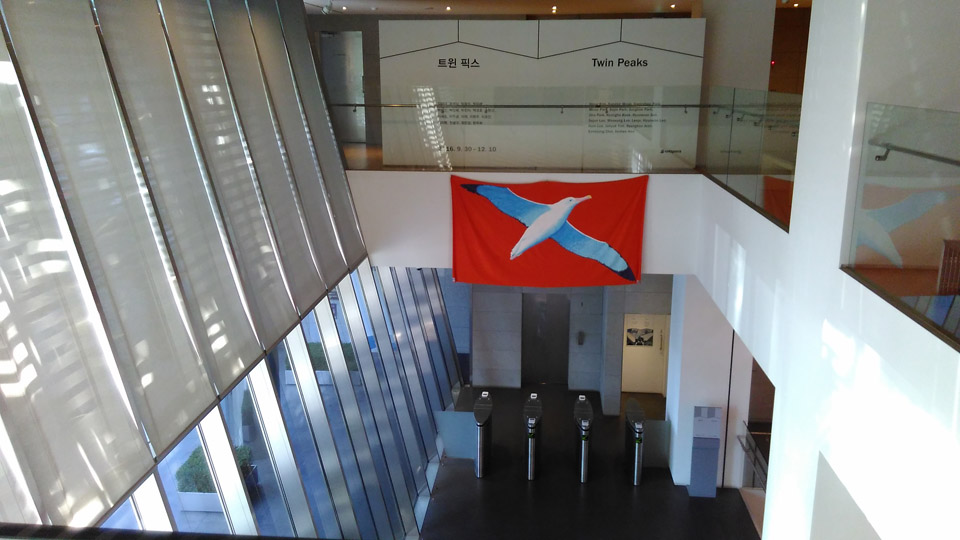 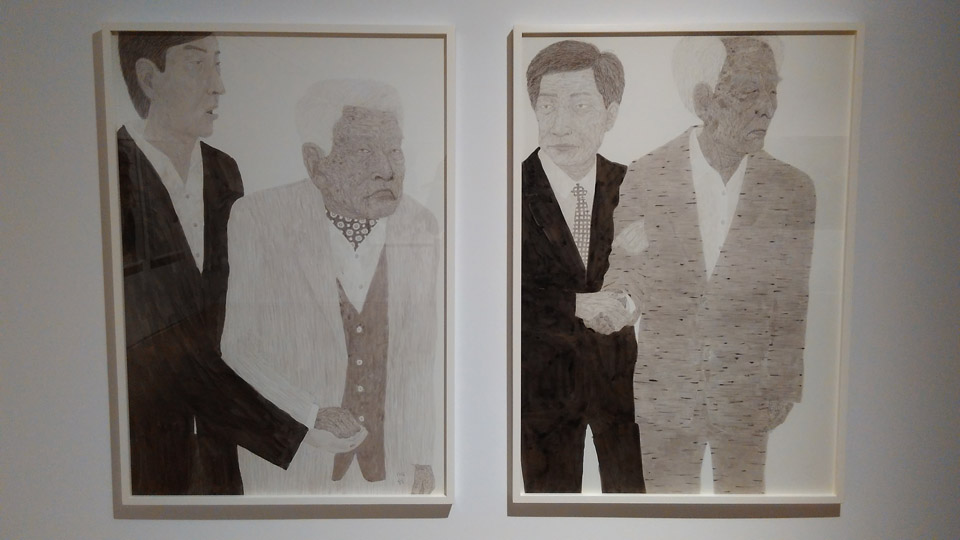 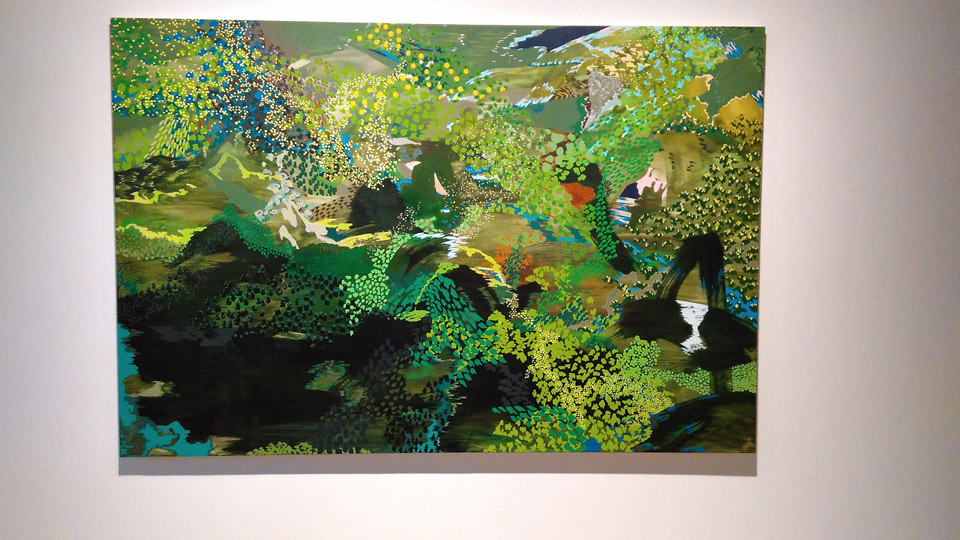 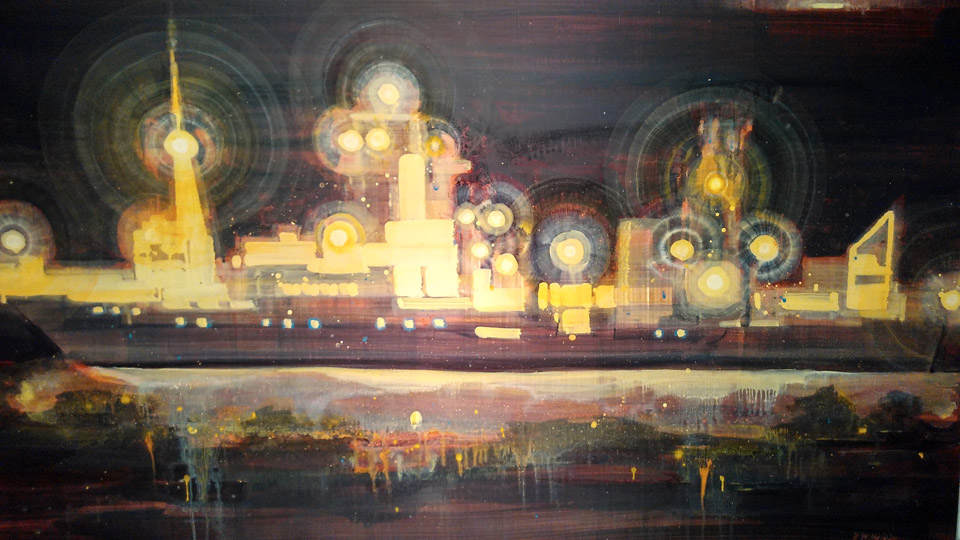