I came across Rahm Parc’s work first at the Space Life exhibition at Ilmin Museum and was fascinated by the black 3D-printed rocks on a large orange horizontal plane. The rocks later reappeared at the alternative art fair Goods, this time in multiple color variations. At Crossing Plane: Unit, Layer, Nostalgia (Ilmin Museum again) Parc showed new works furthering her image processing software inspired post-internet approach to painting. All of this happened during 2015.

Shape of Mass appears to be Parc’s first solo show in a commercial gallery. She tries to capitalize on past year’s rich experience and conceptually extrapolates from her previous work, while simultaneously returning to the more traditional acrylic-on-canvas format. Compared with her contribution to Crossing Plane, the Shape of Mass works come across as less daring. The simple side-by-side hanging of rectangular canvases did not add much excitement either. The layering of paint created an illusion of depth and made the works look stylistically very different from previous works. They resembled op-art. The paintings were detailed, intricate and pleasant to look at, but they lacked some of the fresh crude formal simplicity that previously attracted my attention to Parc’s work. 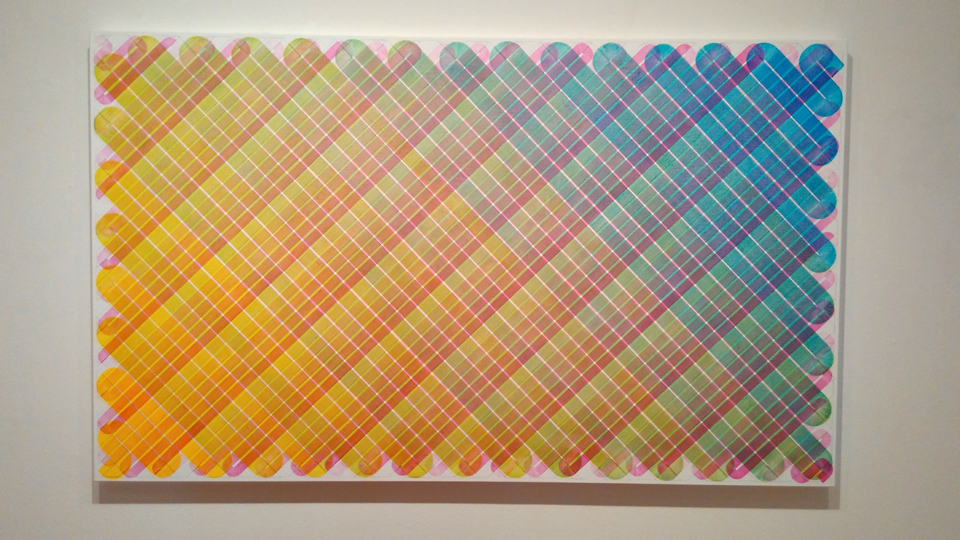