The exhibition was an iteration of an artwork selection that has been previously exhibited at the DDR-Radiozentrum in Berlin, a place with a specific architecture and history (East German Radio Studio). Now the artworks have been moved over and setup again in one large exhibition hall. In addition to moving the artworks, there has been an addition in the form of a series of performances by Viennese artists that took place during the opening night – a dialogue with the Berlin artist’s artworks. Remains of these performances could be seen in the space: Pink shoes and a lighter, rainbow colored chopsticks or a snake-like piece of textile. From a live twitter feed in the space, one could scroll back and get a glimpse of how the performances looked like. One image of a naked obese lady with a lit lighter in her hand caught my attention. But overall, the performances were gone, and the remains could not really substitute their absence. Similarly, the WUK Exnergasse exhibition hall could not substitute the original location of the Radiozentrum (that could be glimpsed in one little image released on the WUK website). 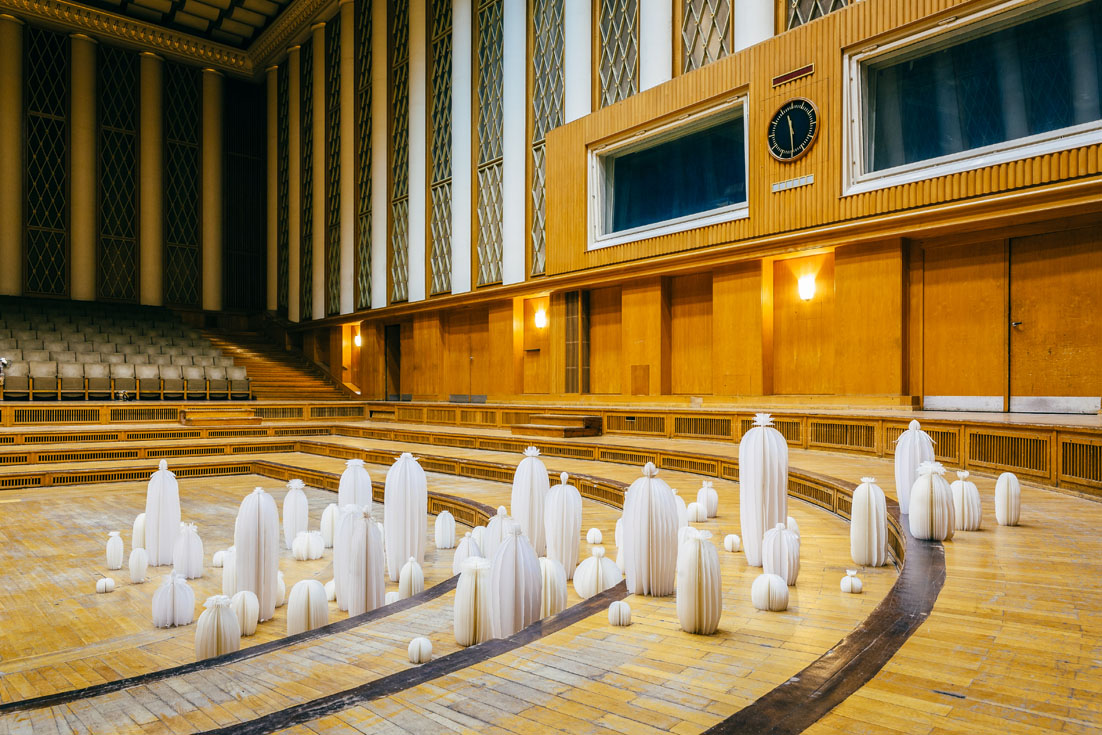 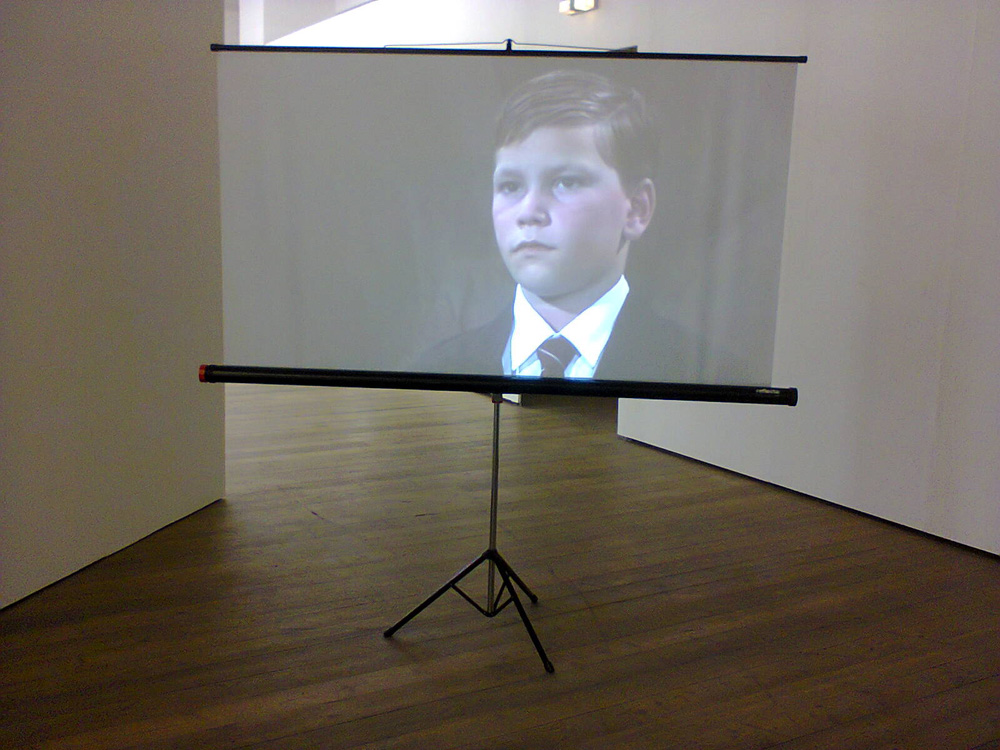 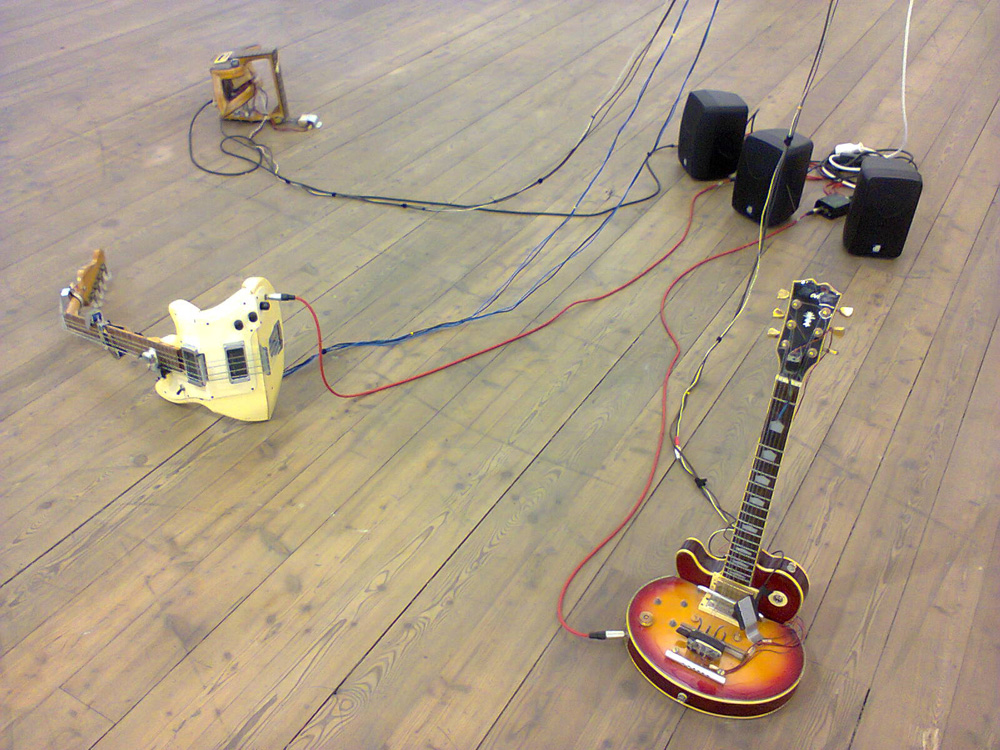 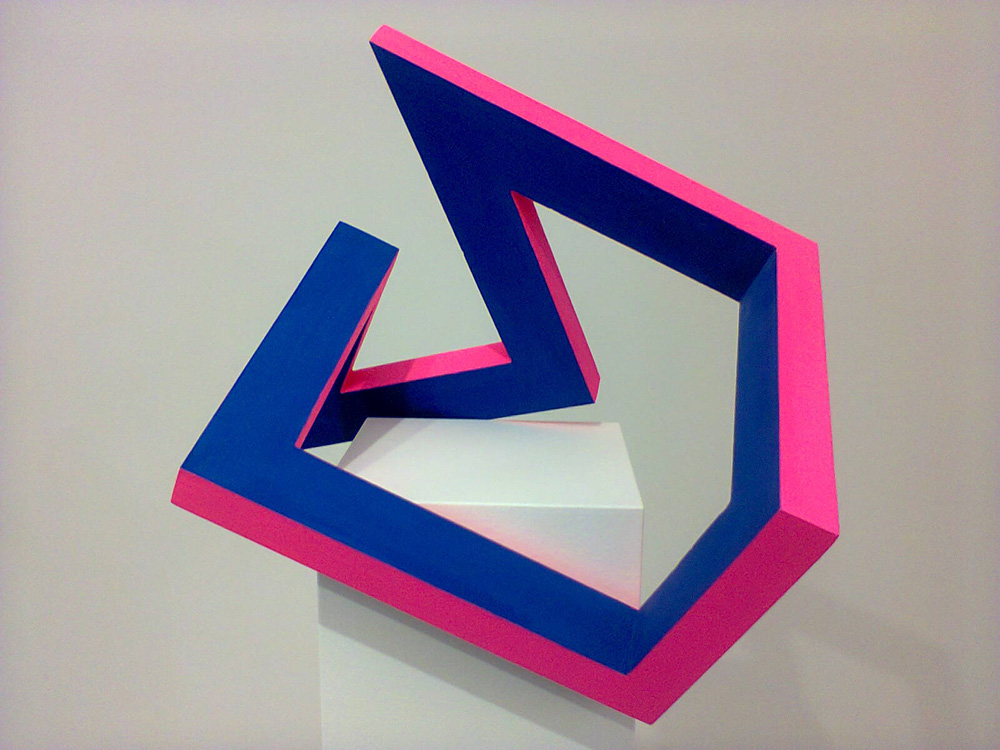 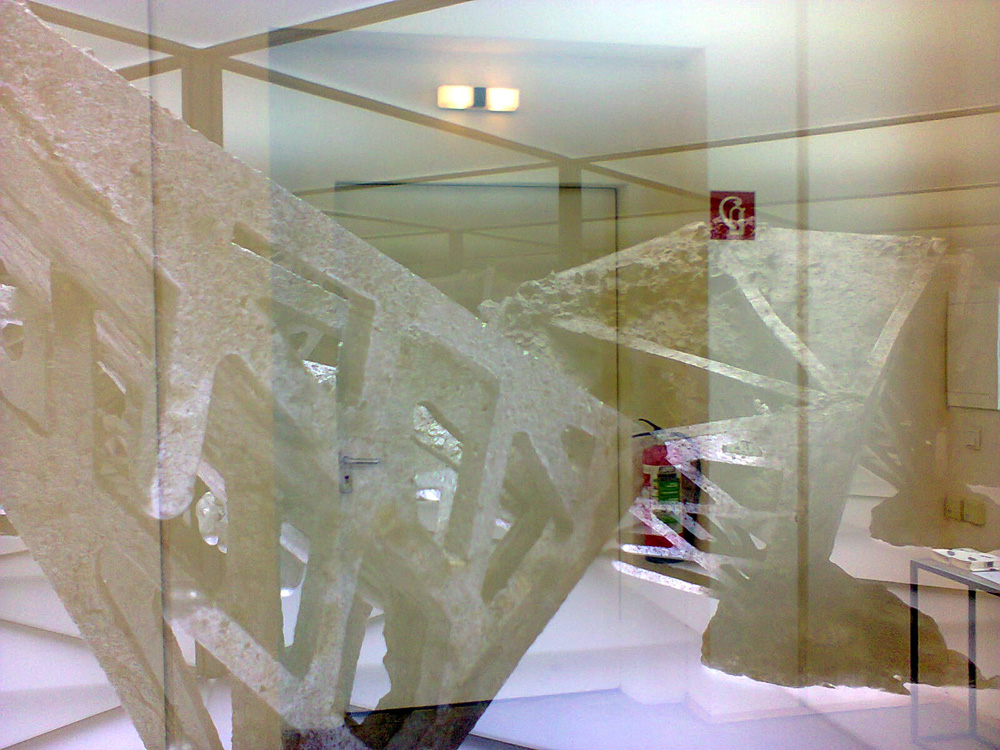 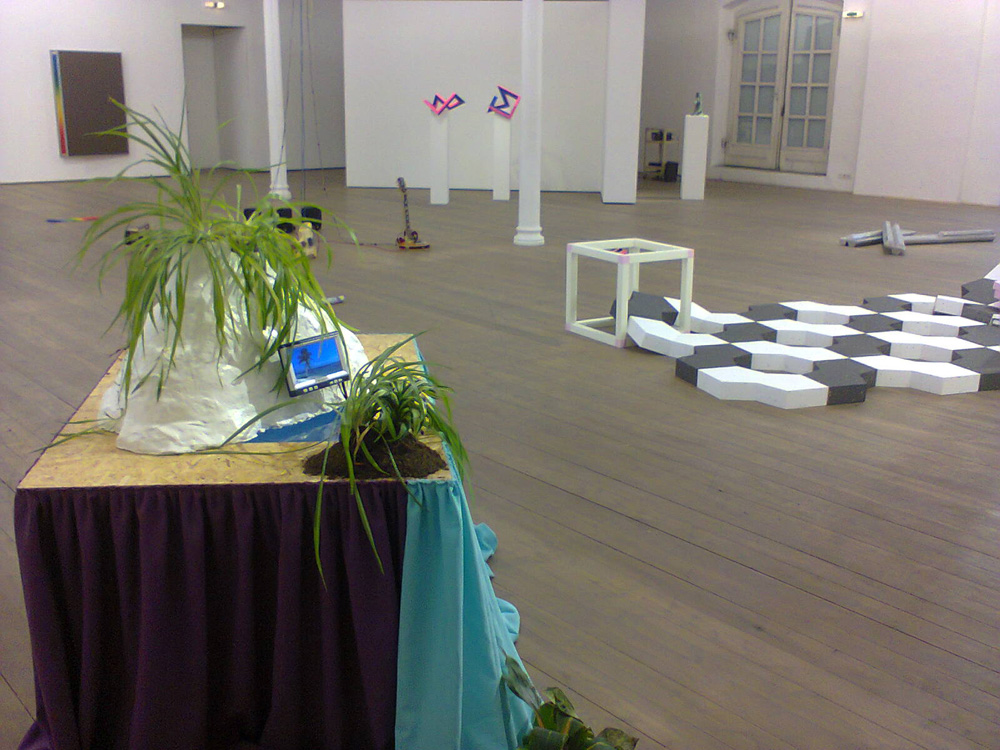 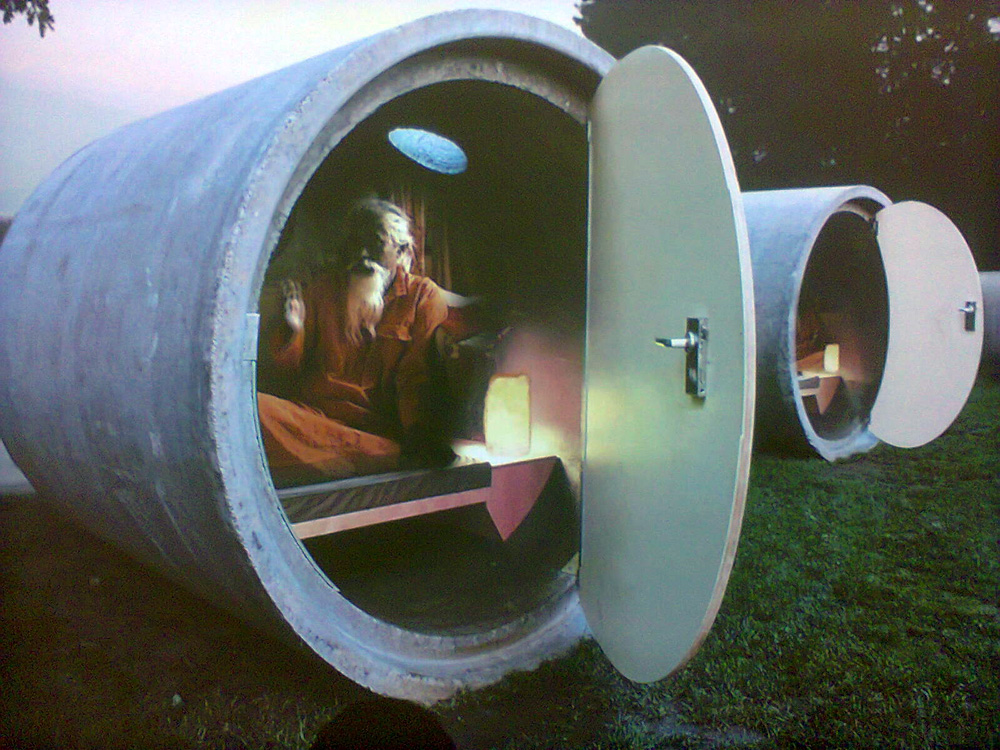 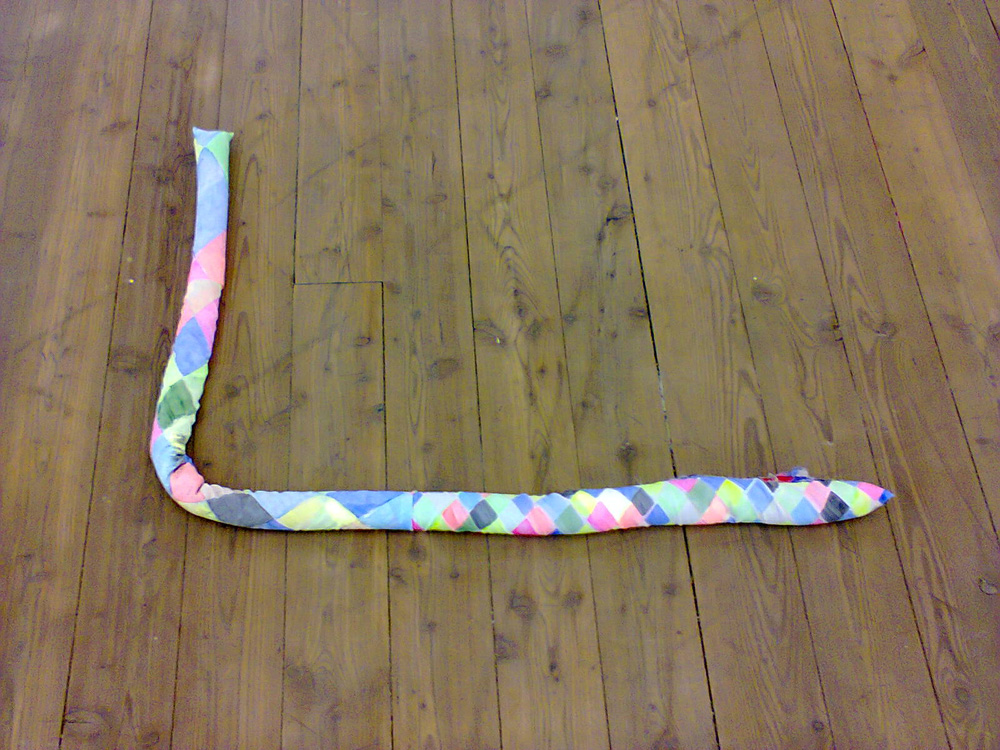 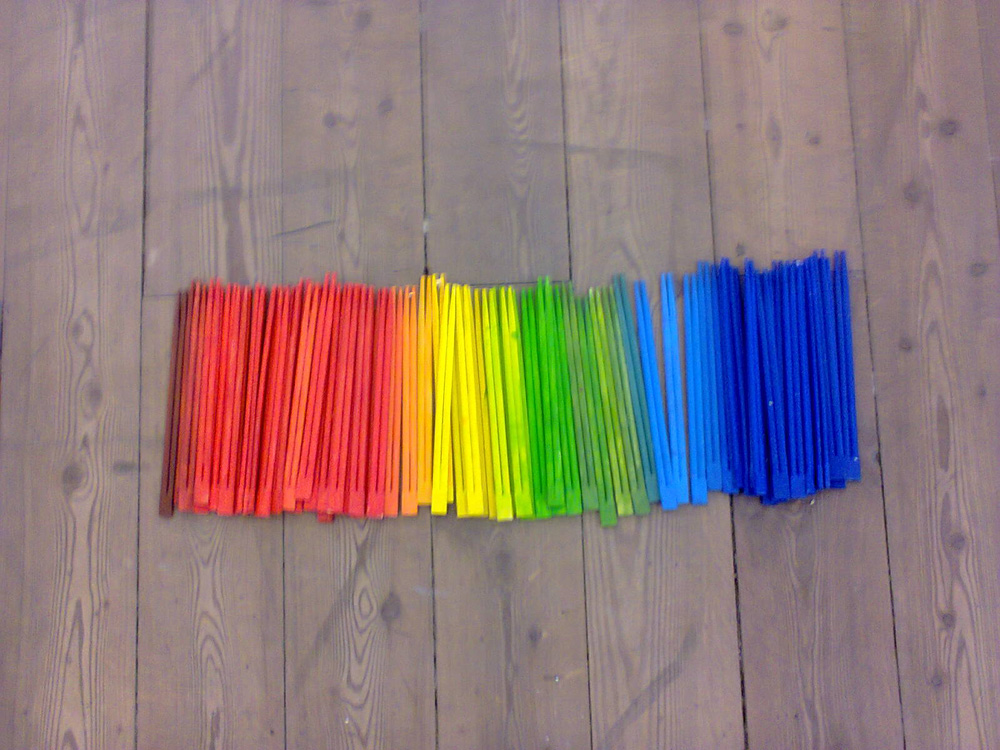 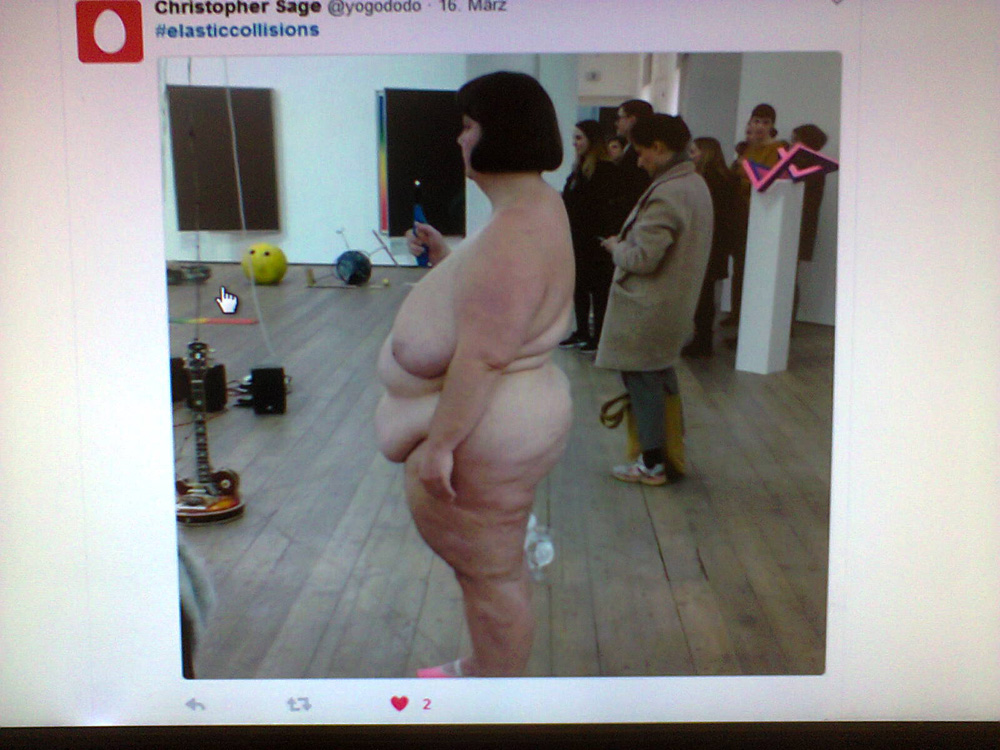