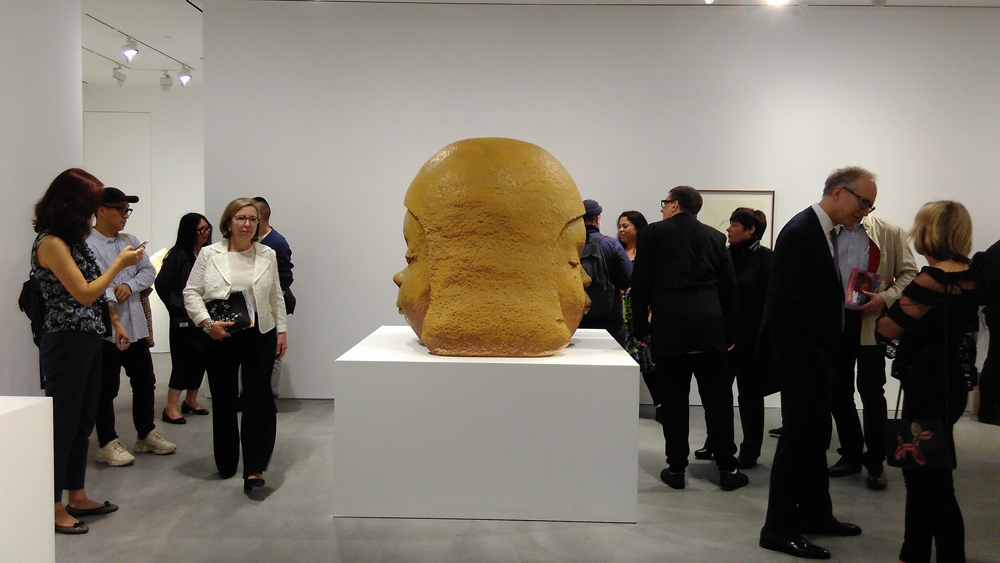 Yoshitomo Nara is well known for his comics-like drawings and paintings of a lonely sad girl/boy, but popular demand seems to have pushed him into sculpture now. The exhibition features some paintings and sketches, in order to provide some context, but most of the exhibited works were indeed three-dimensional works: Mid to large size ceramic heads. Heads. Only heads. Severed heads without bodies.

They looked a bit like pumpkins on a pedestal. Without bodies, they looked – who would expect – disembodied, like some monstrous ghost-balloons. The centerpiece of the show – a huge blown up pumpkin head with a double face in mud yellow, which might be also called poo-yellow, looked both super ugly and slightly scary.

Despite their three-dimensionality, all the heads looked flat, some of them even retained cube-like corners. Most of them looked like a Nara work from frontal view, but from a side/back view the illusion quickly disappeared.

A row of heads at the back of the gallery did not even resemble Nara works and I wonder if they were the result of some children’s workshop trying to make sculptures like Nara paintings, adding small amounts of clay to prefabricated balloon-like shapes. They also reminded me a bit of those heads of victims severed by Islamic state extremists; and of those ancient roman marble sculpture fragments on display in museums across Europe.

I felt very weird. I actually like Nara’s work, but these severed heads were one level up from the depressed-yet-lovely nature of his two-dimensional work. Now it was pure horror and disgust that remained. 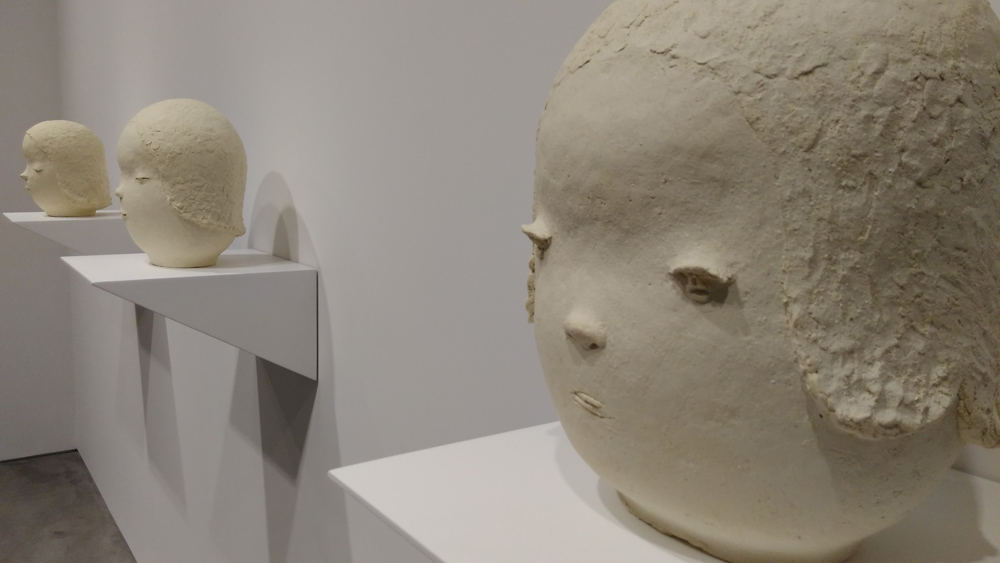 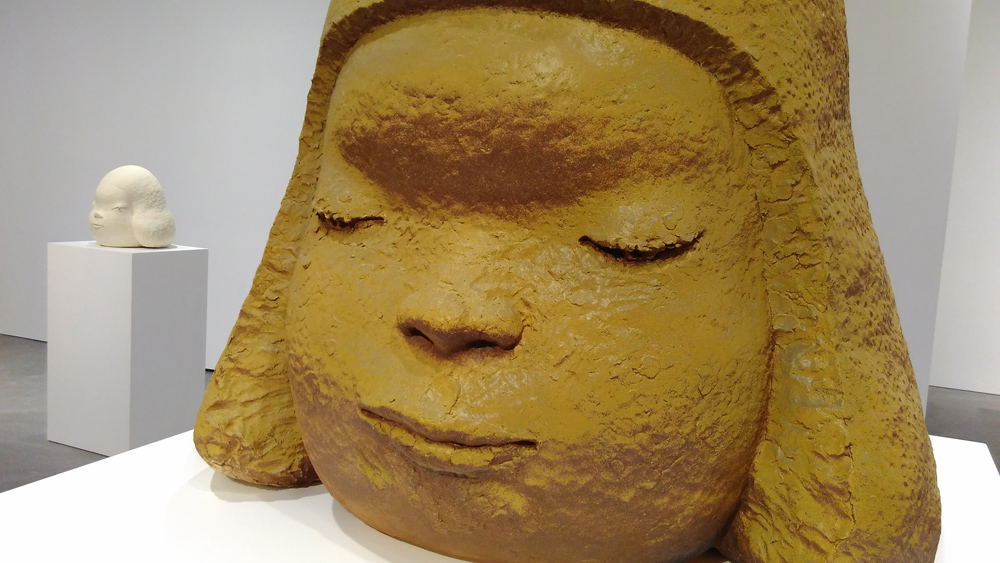 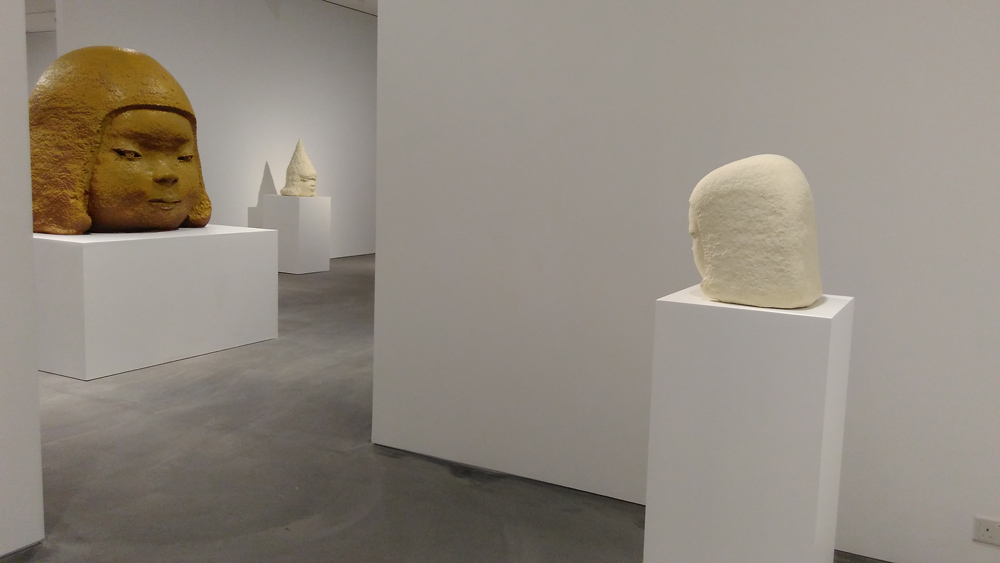 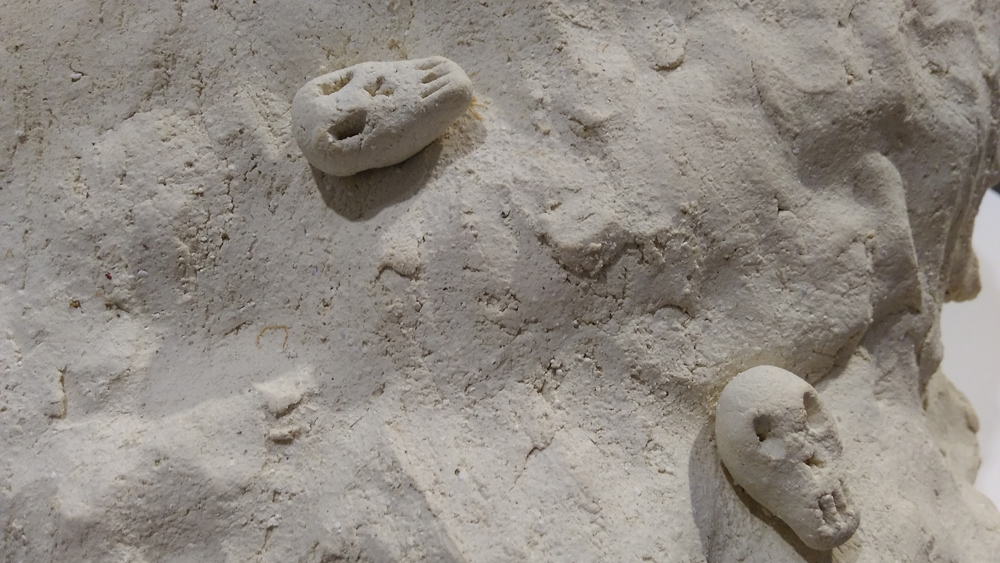 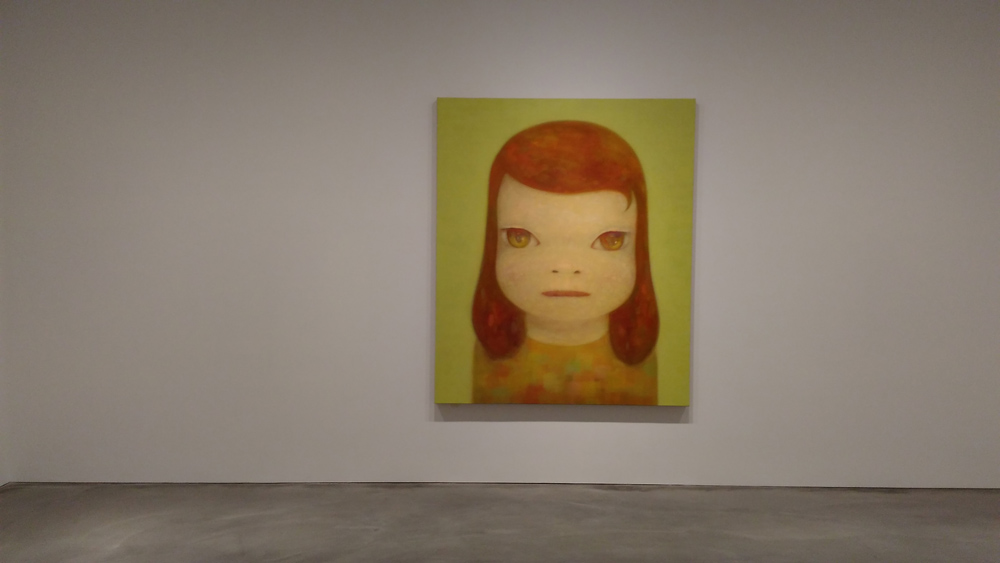