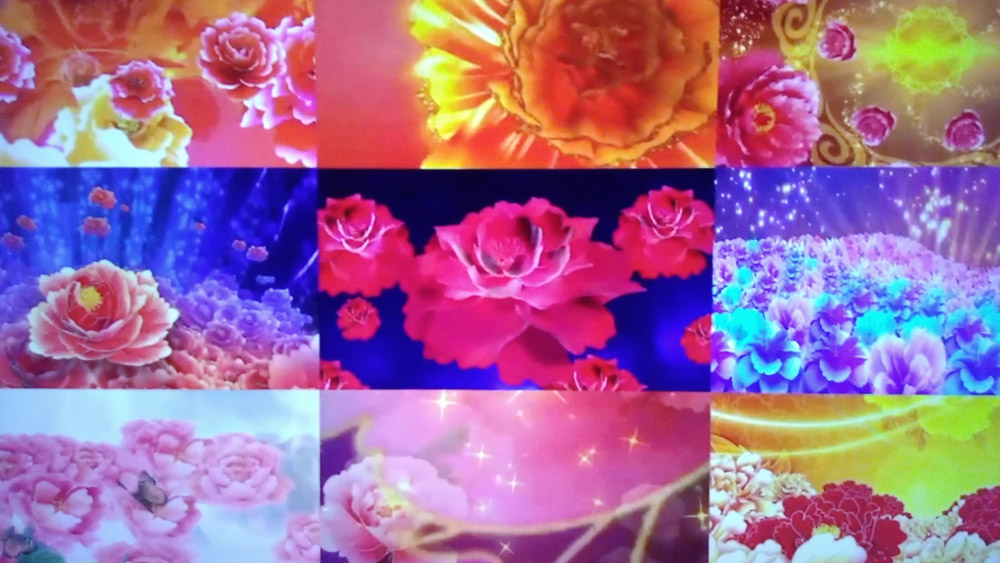 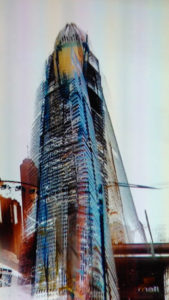 The ambitions of this exhibitions were set very high, documenting a selection of “Young Media Artists in China”. The title reminded me of the difficulty of the “contemporary art” vs. “media art” separation. I wished we could get over this dichotomy in the 21st century, but it seems we cannot, at least not in China. The first site of the exhibition in the almost top floor of one of the university buildings was impressive. The room was dark, separated with irregular black textile canvases stretched between columns, which both visually and sonically separated the works. The structure was a bit maze-like, but only a little, and it was fun to navigate through the show. 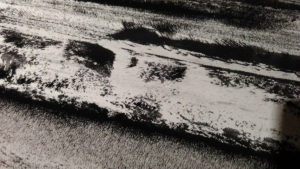 Unfortunately, and in accordance with my stereotypical image of a “media art” show, even though it was just two days after the opening, a number of kinetic artwork installations did not work anymore. But there was still plenty to see. All the video projections did work. A lot of the videos were big and bright and impressive. Some in good ways, some less. But overall, I had a very good feeling from walking though the show. 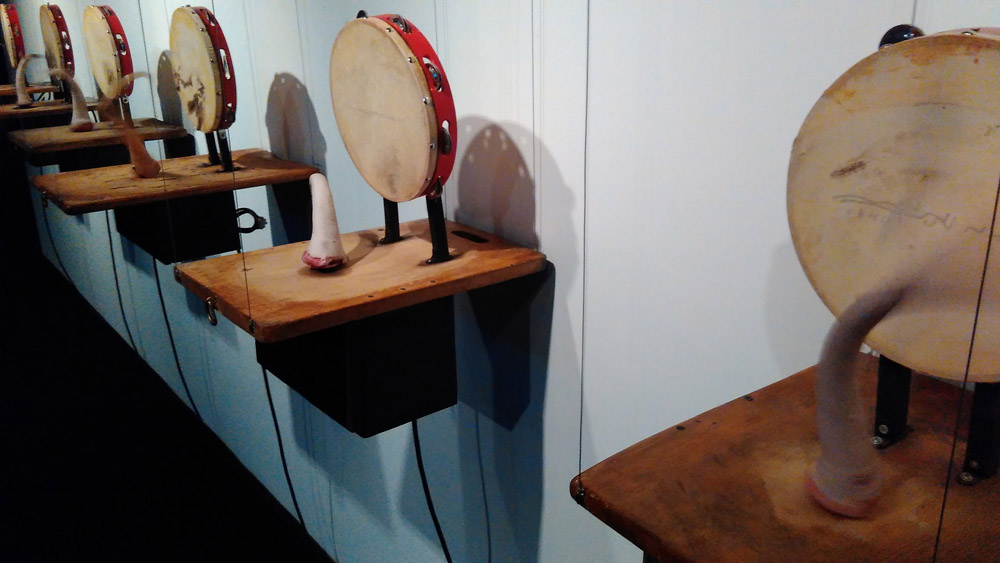 Tong Kunniao童昆鳥 – When You Do It, Leave Some Of The Pig Ass 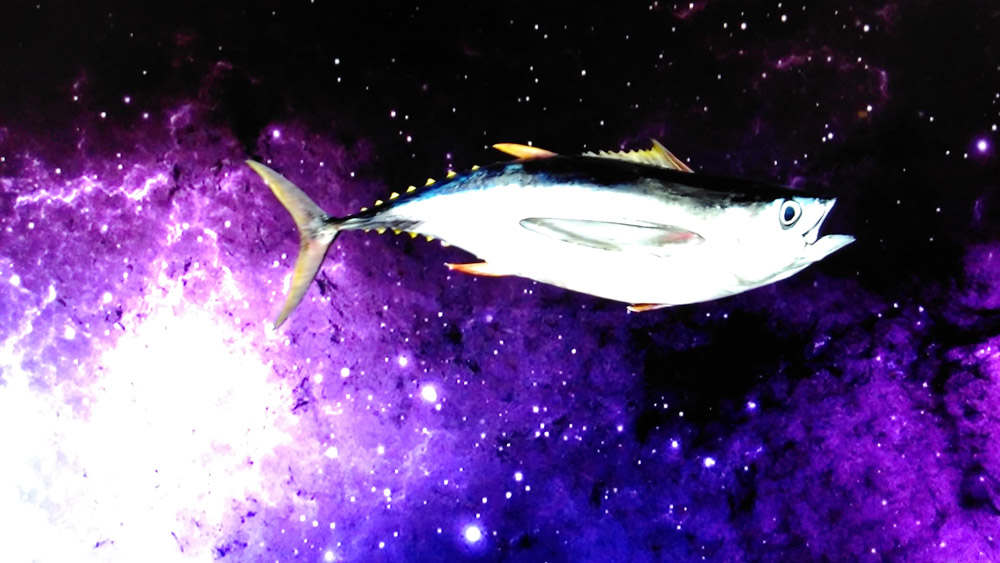 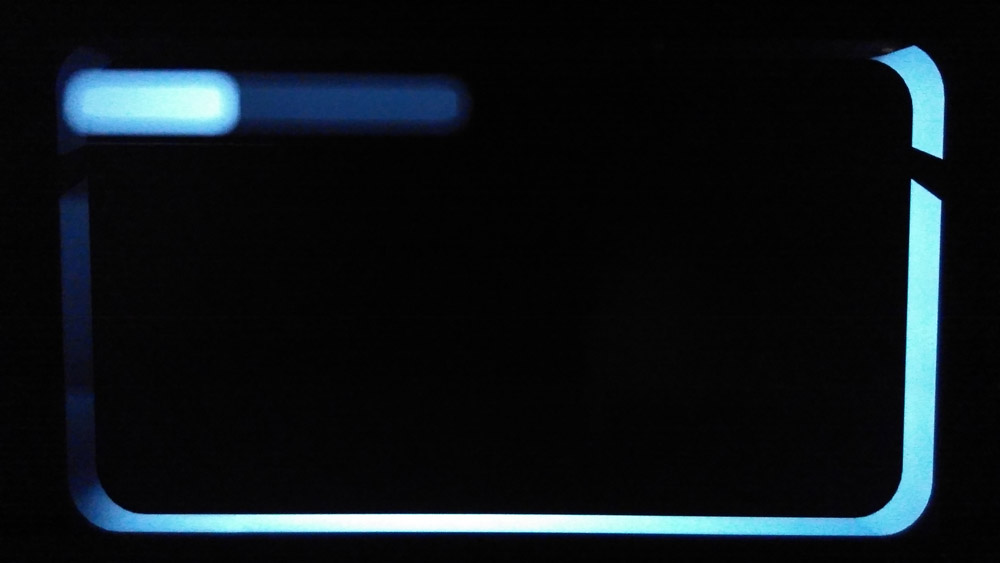 Later I walked further up the hill to see the second part of the exhibition. I encountered an exhibition that was in the midst of the setup, with shipping crates and workers installing lights, two days after the scheduled opening date announced on the invitation. I’m not sure if there was a mistake in the date on the invitation, or if logistics went so horribly wrong. Maybe there will be a “Part 2” opening later. 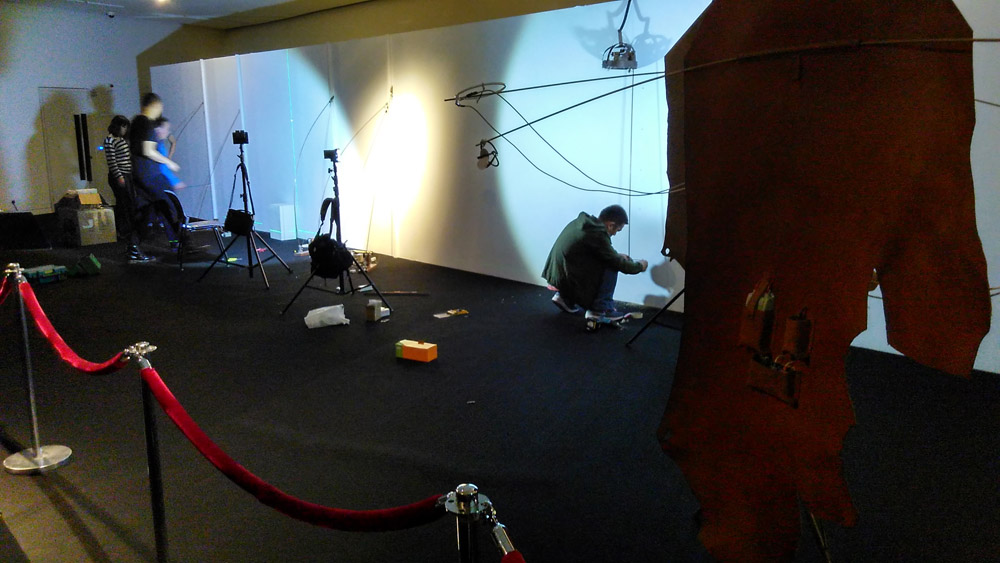 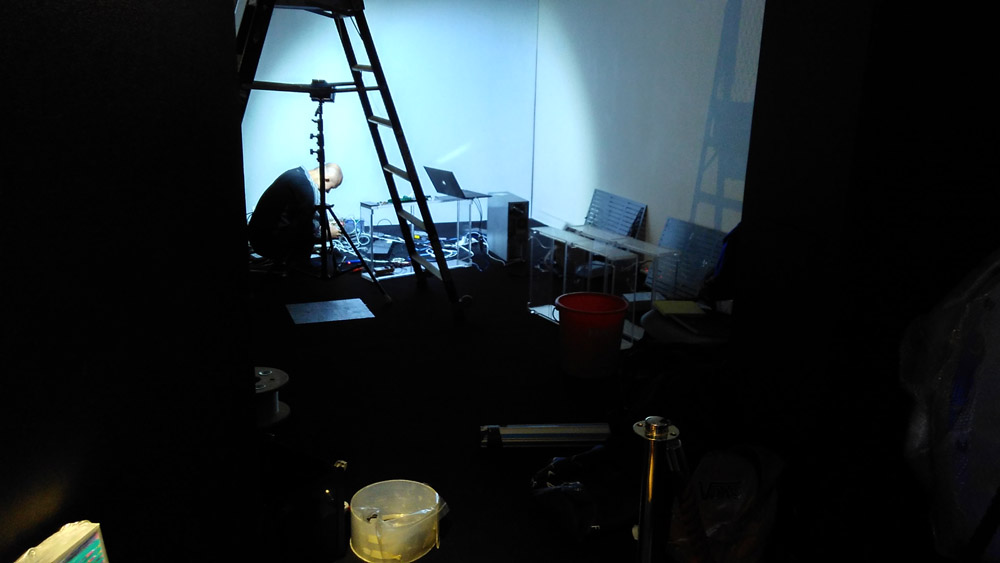 Because this exhibition took place at a university, a number of concessions had to be made, like including a large number of faculty artists. Do professors (mostly foreign, all older than 35 years) at a university count at “Young Media Artists in China”? In some cases, like Lam Miu Ling 林妙玲, this was straightforward embarrassing, as the she is showing the (almost same) smoke screen projection of a dancer for years already at each CityU show. Others like Ip Yuk-Yiu 葉旭耀 or Zheng Bo 鄭波showed some (to me) new work, even though not newest. The ongoing installation in the second location of the show suggested that downsizing the show might have benefited the overall result too. Nevertheless, there were some fascinating works to see, old and young. 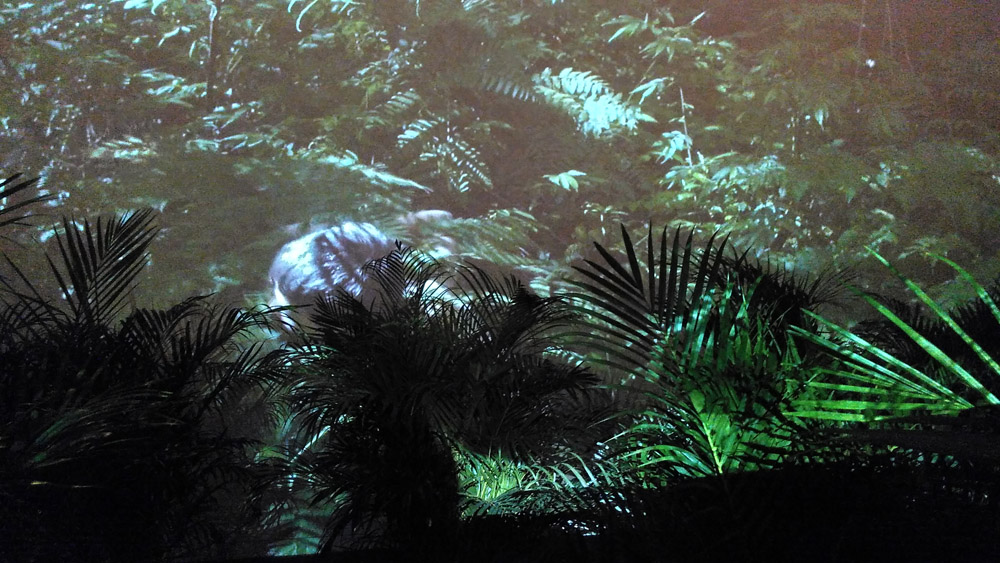 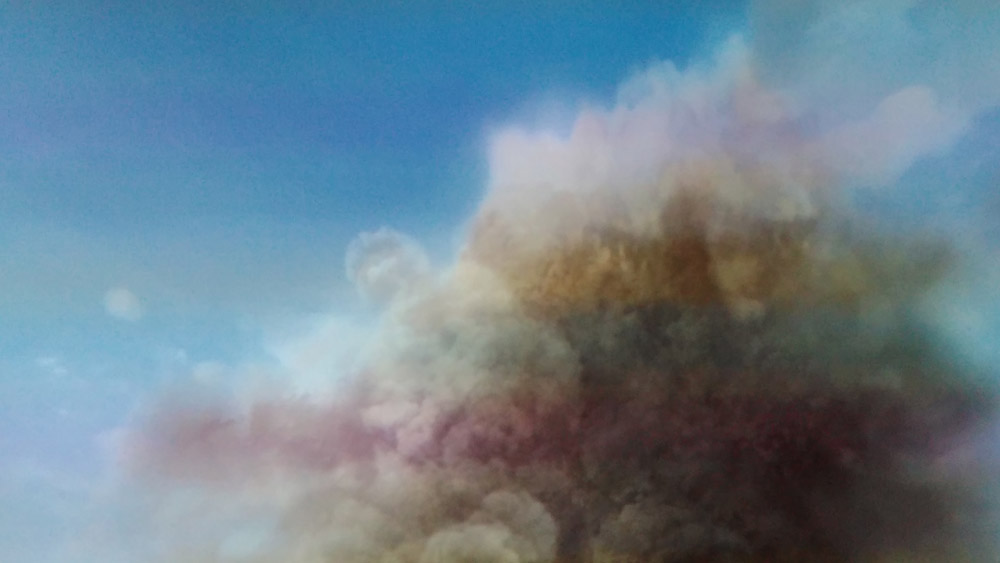