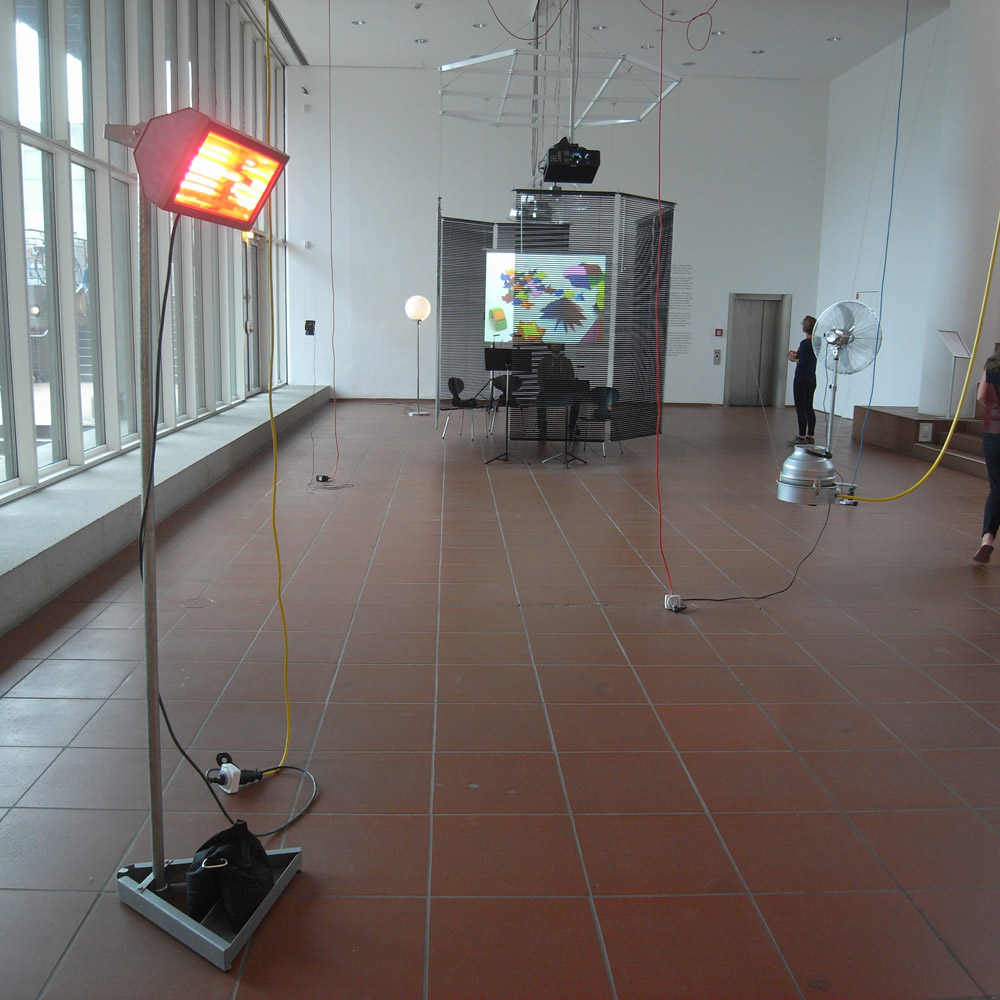 I have come across Haegue Yang’s work previously in some large and prestigious shows like documenta (13), Taipei Biennial 2014 or Art Basel Art Fair. But I did not feel very close to her work. She was the “window blinds” artist for me, the work seemed cold, detached and hard to penetrate. It was something I would pass by on the way to seeing something else in the exhibition space. Nevertheless, I respected her achievement of making window blinds gallery-worthy. I also glimpsed a bit of a different Yang Haegue when I read in interview in a decade-old UOVO magazine, where she talked about a show she did in an abandoned house in Incheon. But my knowledge about her was still superficial.

This exhibition allowed me to see beyond first impressions. It was comprehensive, including everything from early intimate small-scale works, to the large-scale window blind installations. Seeing her early work was quite meaningful to me, because it showed a poetic dimension and personal sensibility that was overpowered by industrial scale in her later work.

A lot of the early work was simple in terms of material and production, but it showed the thinking processes and personal emotions that drove her. She used paper, pencil, photography… At some point industrially fabricated objects entered into her practice. In some way they were always there, in the form of sculptural materials or assembled ready-mades. But they were single pieces – the books, the cup, the hand-folded origami. I would say it was the collages of product photographs cut out of home construction catalogues (photos of door handles, chairs …) which signified the turning point from where she decided to go for her “medium” of choice – venetian blinds.

The window blinds are sculptural non-objects. They take up space, especially when arranged at an angle, but they do not have any mass. Their normal function is to separate and delineate spaces and light flows. But for Yang they are more like building blocks.

I find it interesting to trace back her idea to use blinds as a medium in relation to the practicality of the decision. This can be linked to an earlier work, also on display, where Yang decided to exhibit a wooden Euro-Palette packed with artworks and personal possessions as such, without unpacking it. The accompanying text explained the decision as an economical one, based on the lack of a budget to install and secure works. I sense that the decision to use blinds could have been based in a similar rationality – they can take up a large space, but they are easily assembled and disassembled, and can be packed into a small space when needed. They are also a typical “global” product, which can be bought and custom-fitted almost anywhere in the world. This makes them also one of the typical representations of a global interconnected economy.

Even though Yang has lived in Europe for over two decades, she is still a Korean artist. For some not so clear reason to me (but something I heard from random people around me in Germany), lightly installed, hanging objects are considered as something “Asian” by numerous Europeans. So, this is an added synergic effect between her and the medium. That went unnoticed by me in the beginning. In my perception the industrial production mode, the metallic material, made me think about the blinds as something hard and masculine.

But Yang is not only the window blind artist. There are different series of works. Another prominent one is the light-fixture-and-wig-on-office-chair-wheels-base-series (“Series of Vulnerable Arrangements”). These are sculptural objects, but they are moveable. The series extends beyond light fixtures into other media, but the little wheel base remains a constant. When I first saw this series in the Taipei Museum of Fine Arts, I was not very excited about it. More than being fascinated by its aesthetic appeal, I was fascinated by the simplicity of the idea and the effect it produced. Compared to window blinds, which allude to a minimalist approach and line drawings, the mobile sculptures felt like a pop-arty counterpart: Blinking lights, colorful and glittery parts, etc. This was quite a large jump in expression. Yet another jump, when we consider the jump from the early conceptual work to the window-blind product line, ehm, artwork series. It was an expression of Yang´s relaxed “anything goes” approach. I imagine how she coincidentally started the window blind series after finding some unused window blinds in the garage. And I imagine how she visited the electric and construction material market in Euljiro in Seoul (a big one, but these markets likely exist across Korea) and found the inspiration there for the above mentioned light fixture and office chair wheels series.

This relaxed and easy-going approach gives a feeling of lightness. Yet it is also signifies a certain lack of seriousness and intellectual rigor. The institutional recognition suggest that this is not an issue for the institutional gatekeepers. Thinking further, if I am reading the work correctly, then Yang´s easy-going approach may even be key to her success. She can bend and adjust and fit in smoothly. The industrial materials she uses are seductive in their visual qualities. And the conceptual packaging ensures an intellectual justification for the display of the work is present.

Is this enough? Well, for those in doubt, Yang served the answer by organizing an event of live musical performances right inside of the exhibition. Players of the Gürzenich Orchestra moved through the exhibition space and performed musical compositions by Korean modern classical composer Isang Yun. The “academic” approach of his compositions (not very “easy” for listening, but pleasurable to intellectually perceive), was something different than the definitely “postmodern” working methods of Yang (fluid, different materials, appeal to senses). Intellectually I understood that Yang was trying to reference the conceptual relationship between herself as a foreigner living in Germany, Isang Yun as a foreigner living in Germany, and both of them as Koreans. Isang Yun´s epic life story is of course also something that makes this association an interesting element for enriching Yang´s work. (Yun was a South Korean living in Germany cooperating with North Koreans and therefore abducted by South Korean secret service to South Korea and put on trial, released only after international intervention, and thereafter given asylum in Germany without the ability to go back.) Ultimately, I would relate the decision to include Isang Yun´s music in the exhibition to the previously mentioned easy-going approach of Yang: Anything (material, music, medium) that will somehow fit into and support the narrative / artist brand goes.

Does this easy-going approach mean that the work is not “conceptual” enough? And what would a thorough conceptual approach look like? In the end it is all a matter of personal taste. I appreciated that Yang allowed these doubts to creep in, by exposing herself through her work. She embraced a variety yet kept a direction, not content-wise (some overarching intellectual theme or material/medium investigated in depth), but success wise (navigate the rough waters of the art business and do anything necessary to get the deserved recognition). It is a risky endeavor that demands courage.

In the very end of the visitor journey Yang set up a room with a series of works on paper created from the insides of security envelopes (envelopes with irregular patterns printed on the inside, so that it is more difficult/impossible to read the content of the letter by placing it unopened against a light source). This work seemed to originate in an idea from her early career years (modest, metaphoric, paper as material), that has been now blown up into a large-scale format (probably) with the help of assistants sourcing, cutting and gluing security envelope pieces into geometrical patterns. The resulting installation reminded me of a fashion boutique: Walls painted in matching color hues and decorated with geometric plotter-cut adhesive foil shapes with a pearl-shine effect. Large framed security envelope collages were displayed within this environment. I enjoyed this room, because I saw it as a logical culmination of the earlier works. It contained the simple everyday inspirations of her early work. The industrial material (blinds, fixtures, etc.) was not present, but it has morphed into the “industrial scale” art production technique of the works (a possibly never-ending series of geometric security envelope paper collages). The pleasurable showroom design referred to the business/success-drive I perceived within her oeuvre. It was the climax point within the visitor-cum-customer journey: After we have been explained who the artist is, after we have experienced the emotional impact of her large work, we are lead into a display area that is a large artwork in itself, now with works that relate to the previously experienced work, but that are much easier to be purchased and taken away for one´s own collection compared to the large scale installations seen previously, and probably also at a more agreeable price (given their more compact size and larger quantity.)

The show allowed me to understand more of Yang´s oeuvre and motivations, or at least to fantasize about them. Only within a large arrangement like this, the nuances of Yang´s skills to combine incongruent elements into a congruent whole appeared; also, her organizational and exhibition making skills. In the end it made me think about the importance of these “soft skills” onto an artistic career. Maybe the praise for organization and exhibition design should be directed towards the curators and gallerists. It could be possible that I have very much misunderstood her work, or that I have added another layer, who knows. But that is the pleasure of seeing and engaging with art – anything goes. 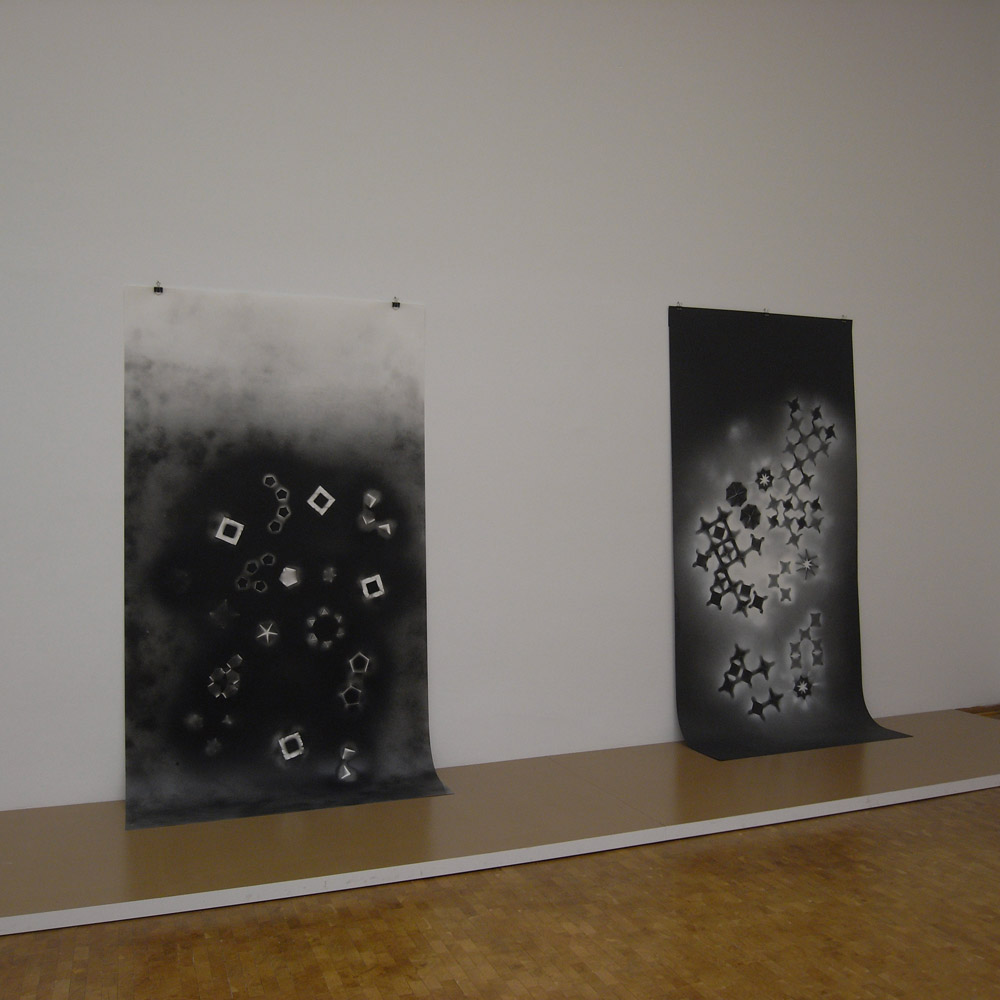 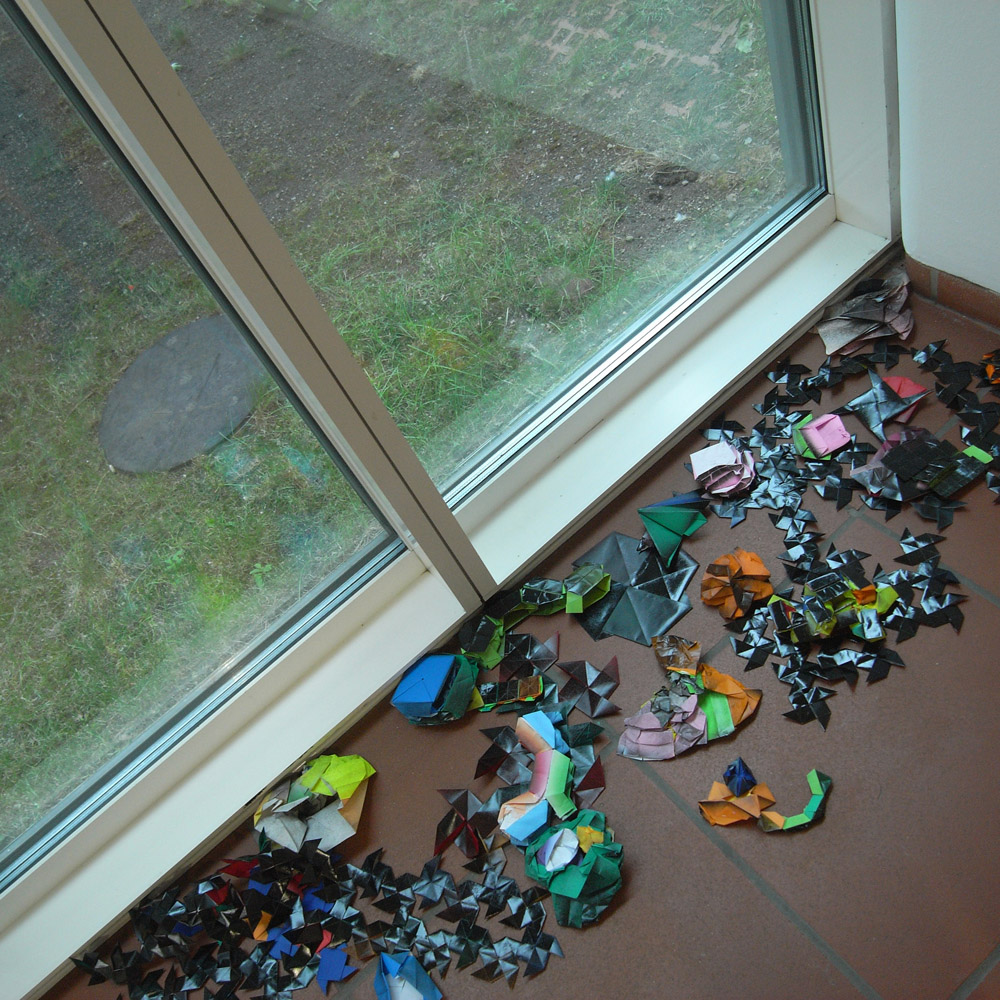 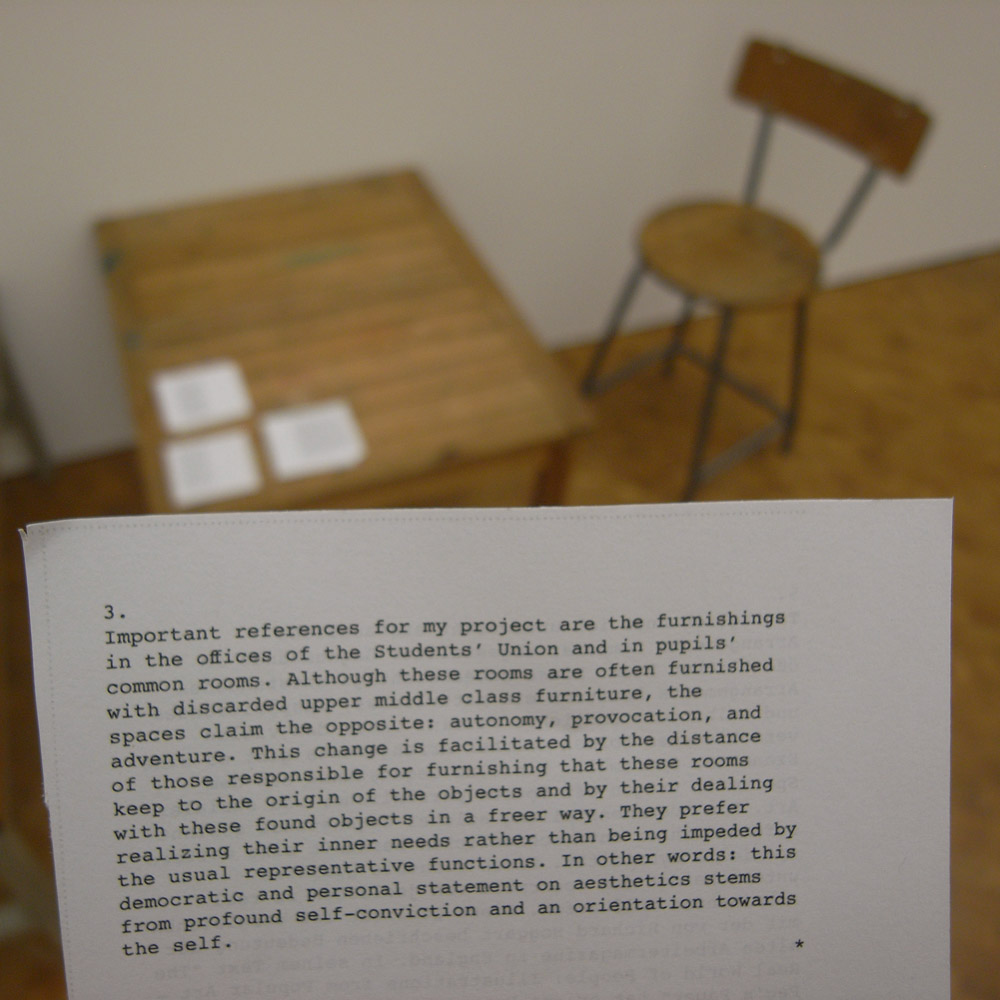 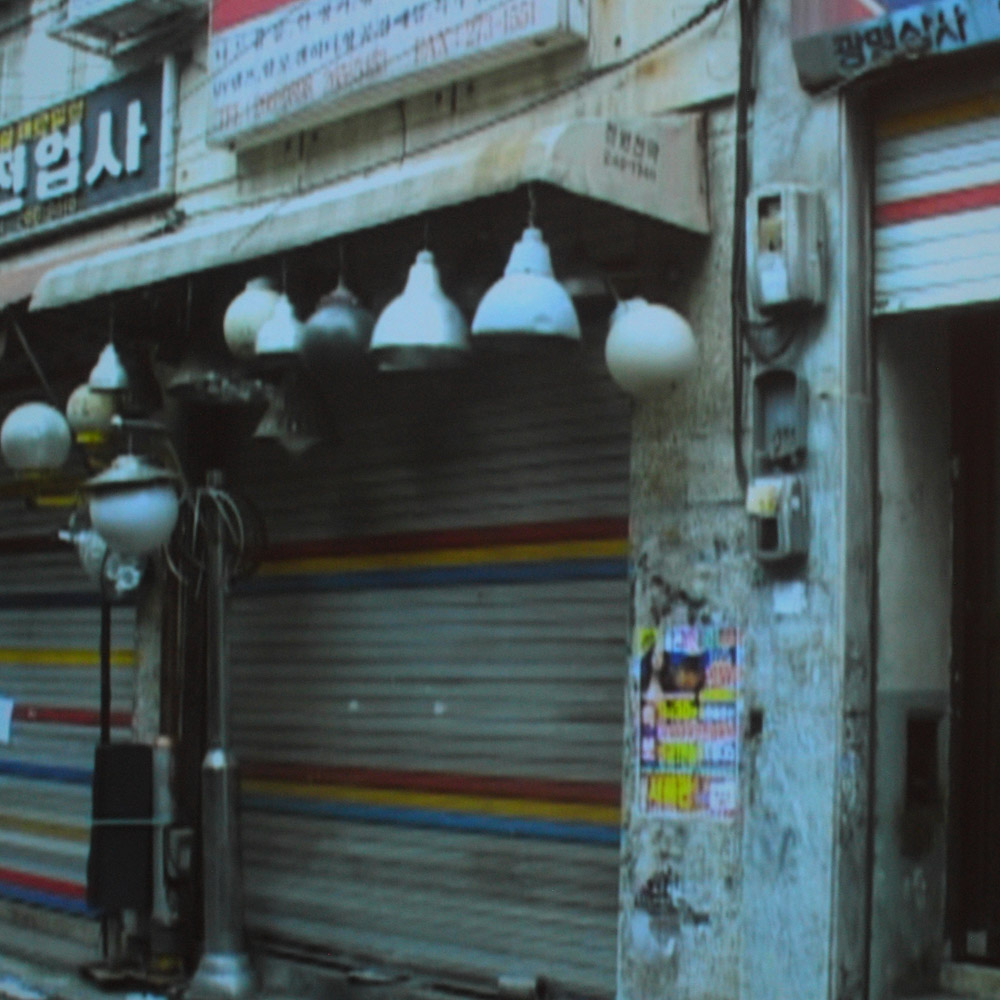 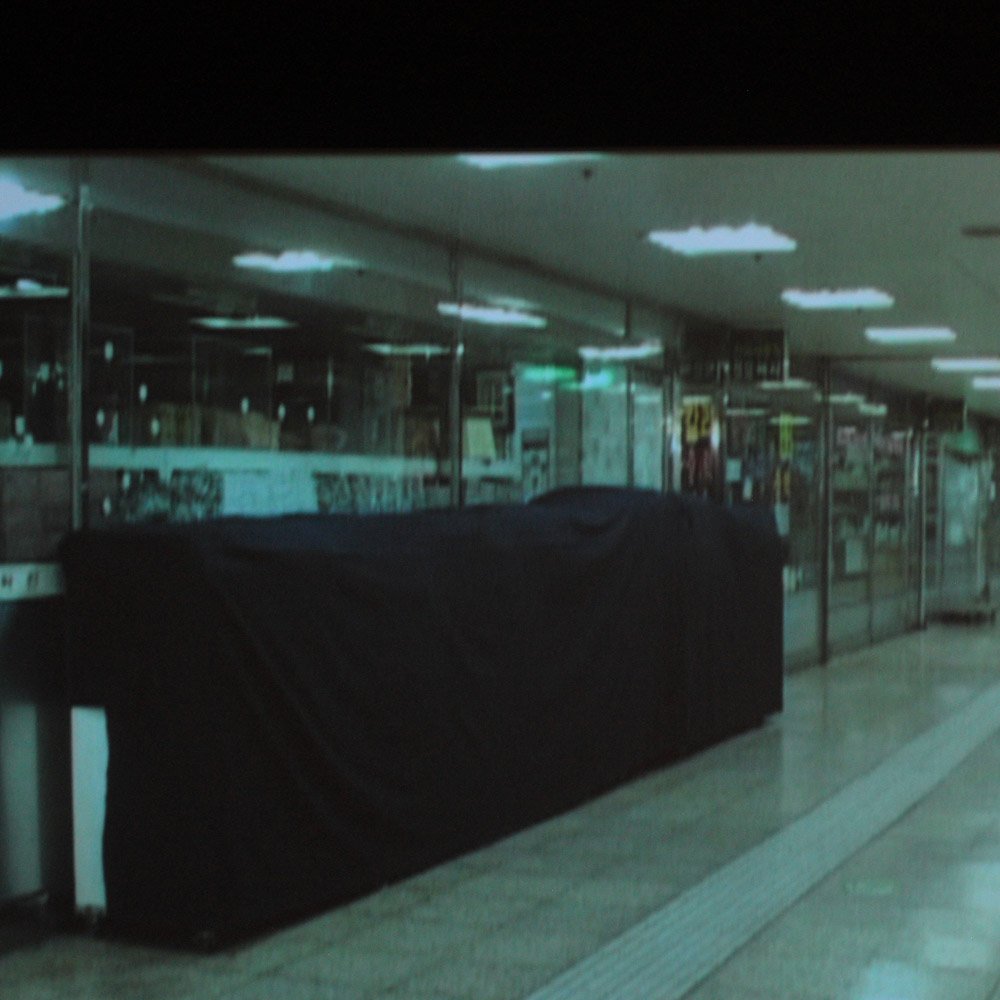 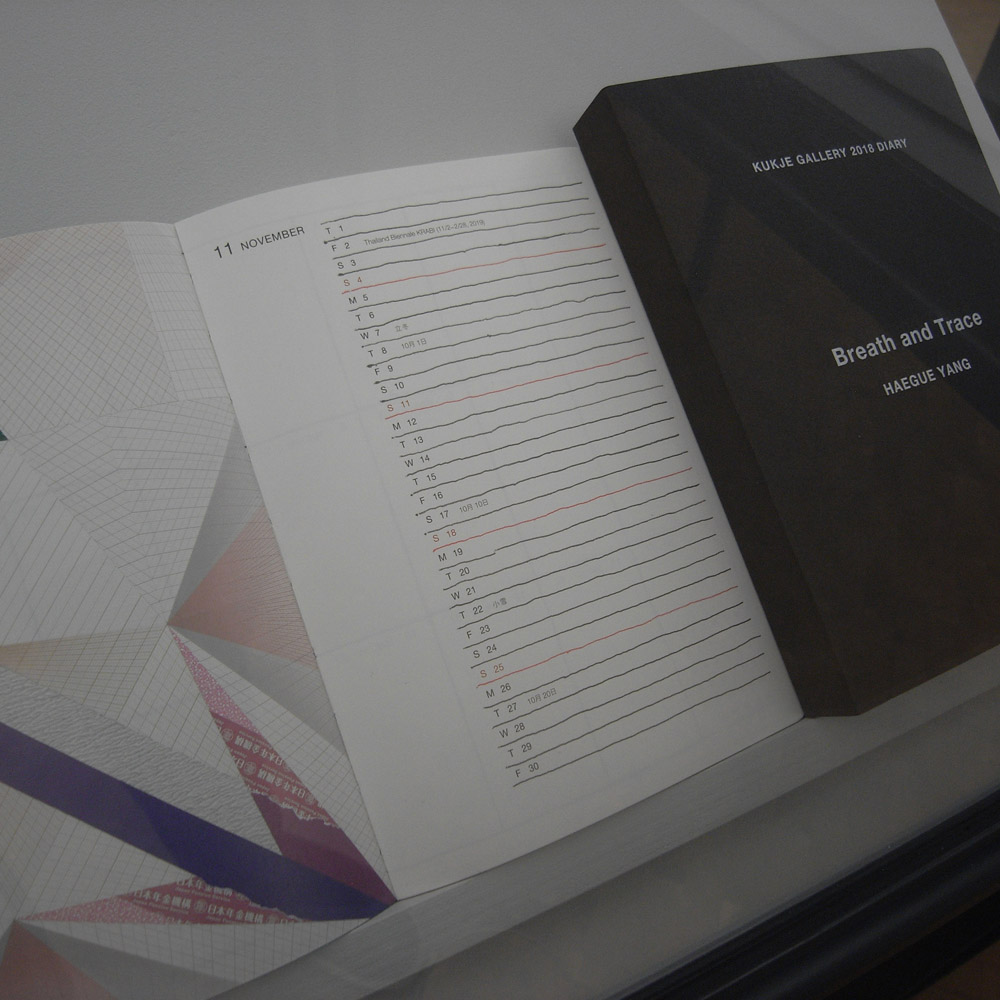 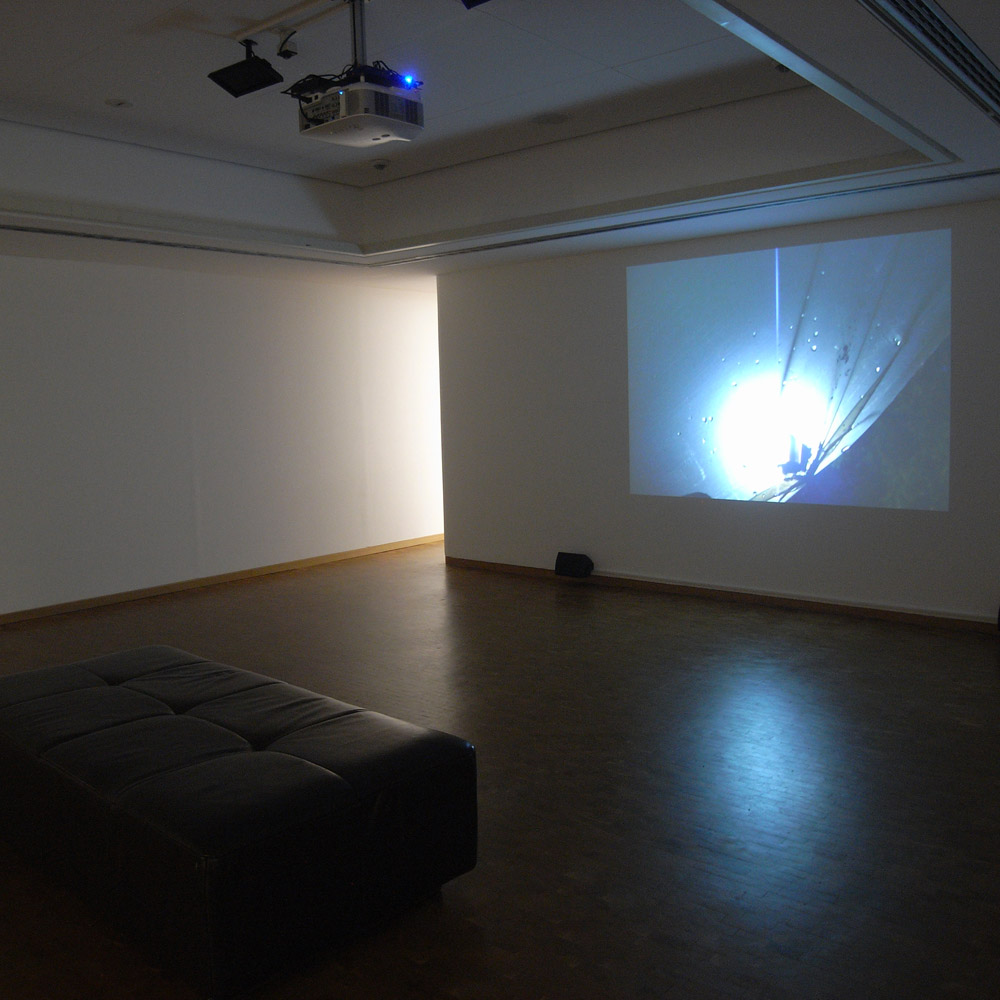 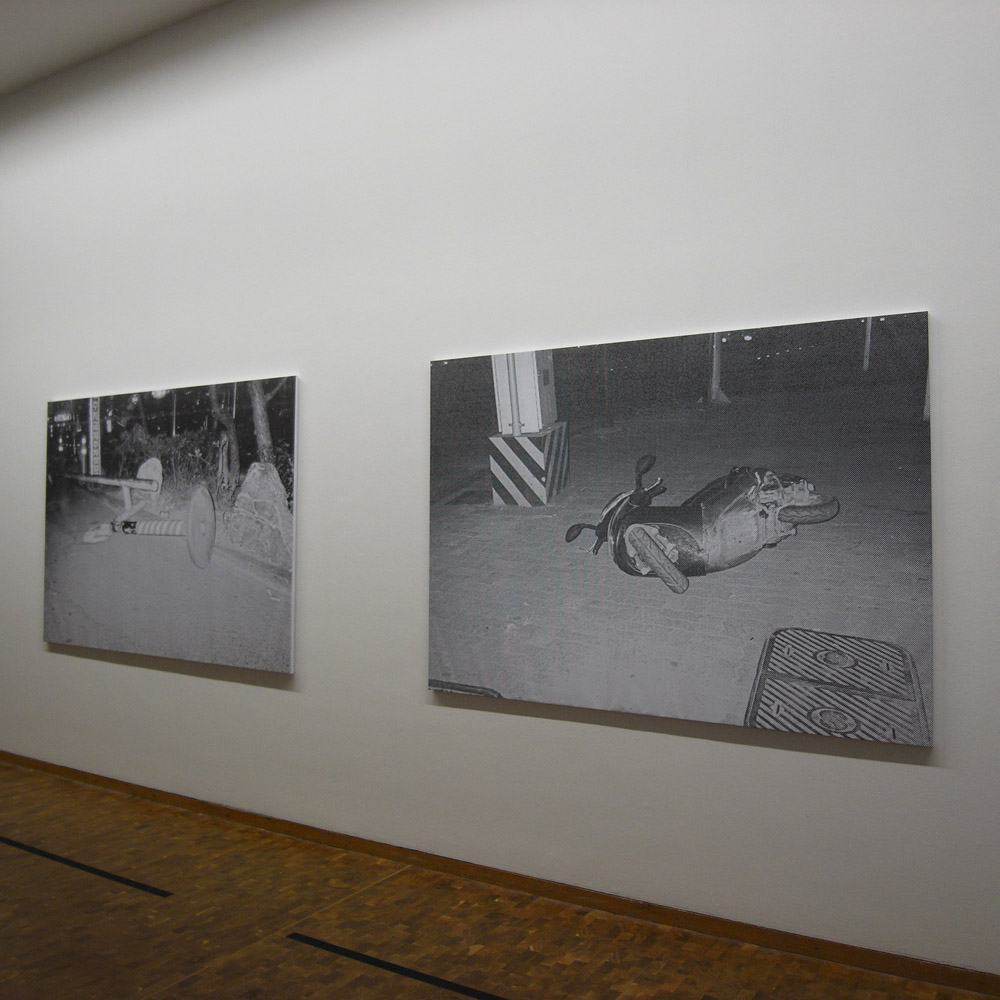 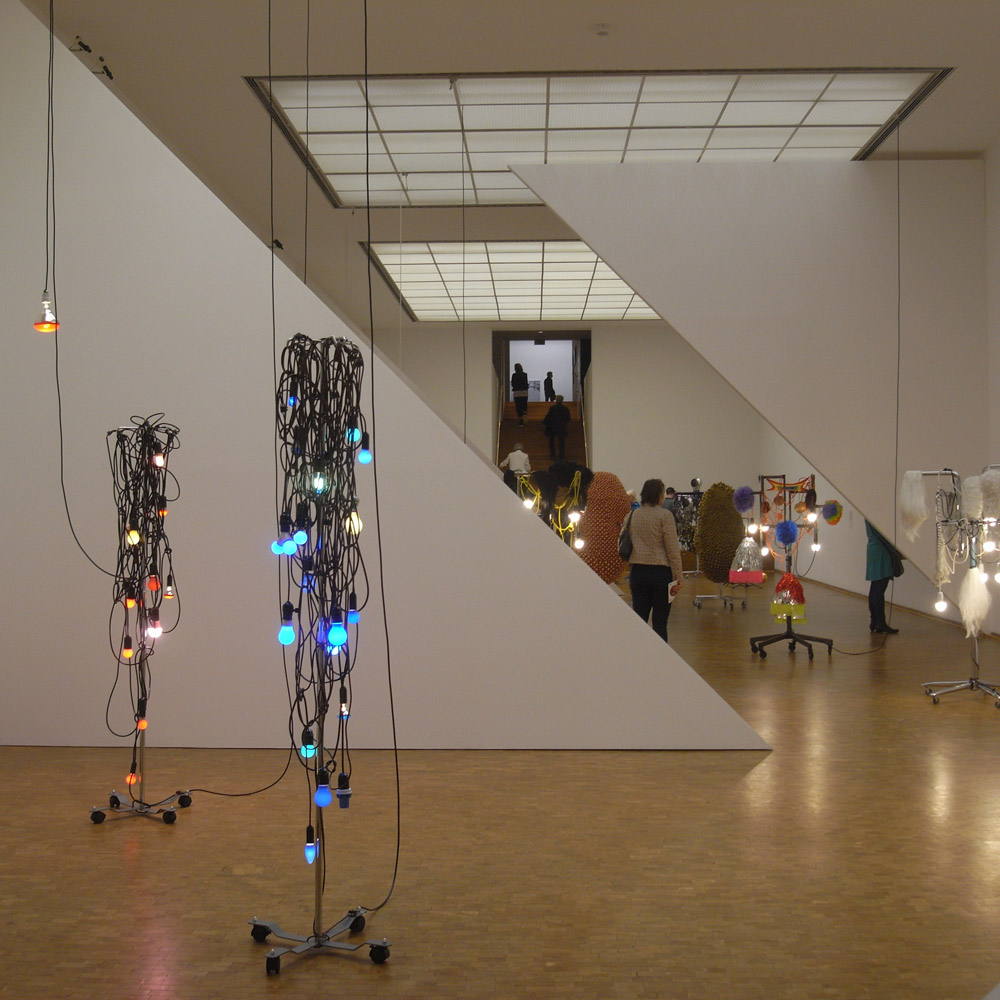 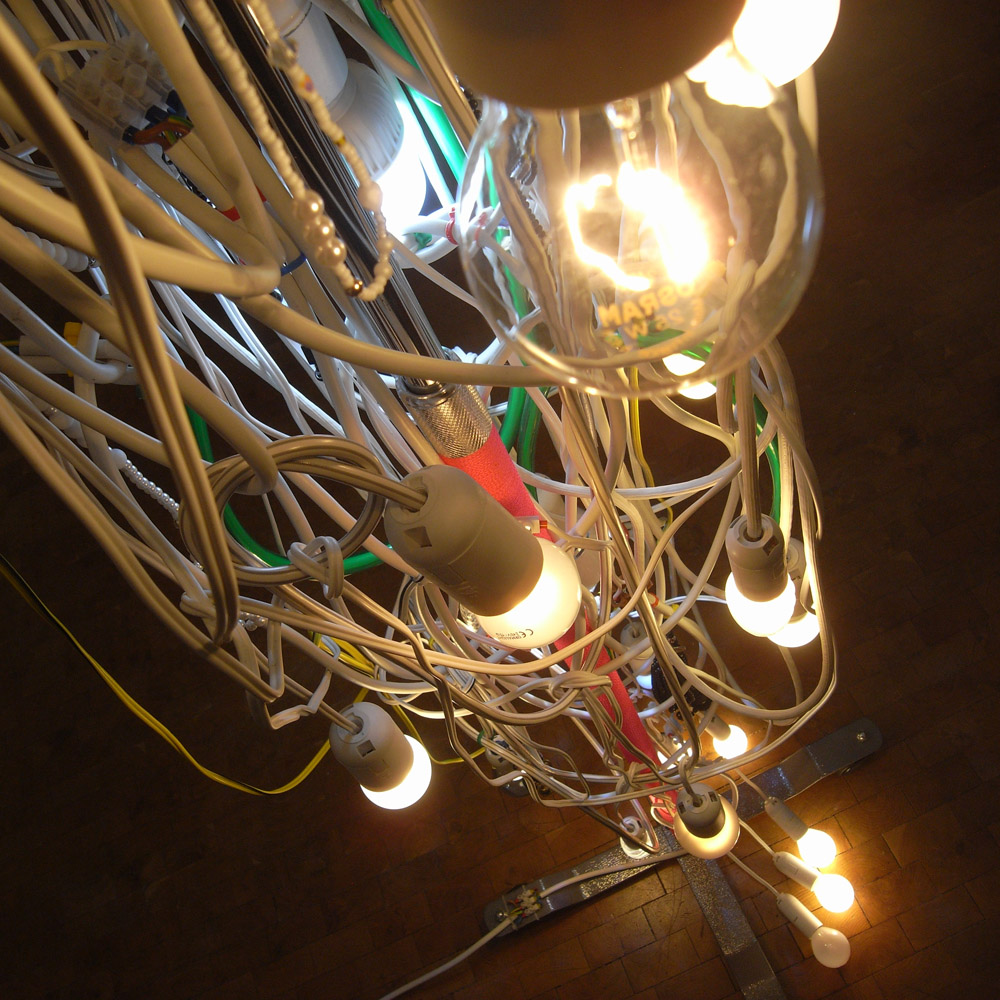 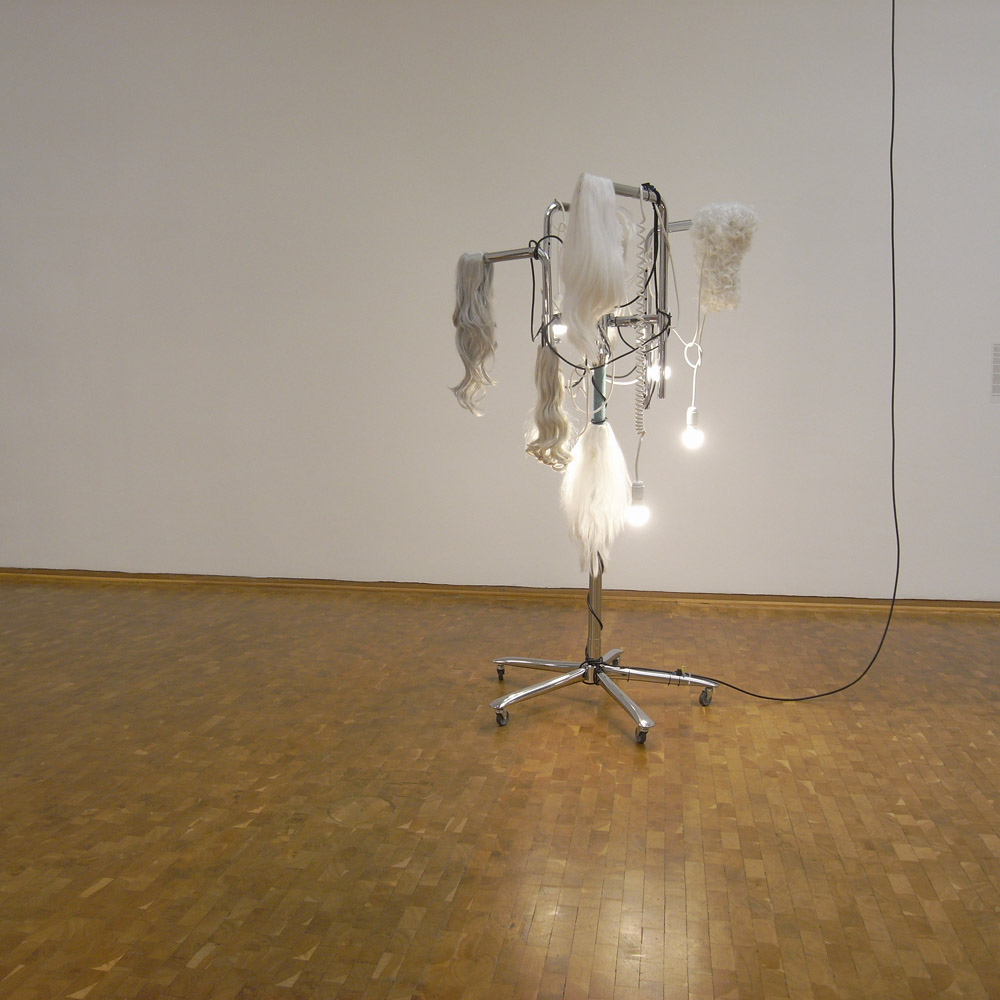 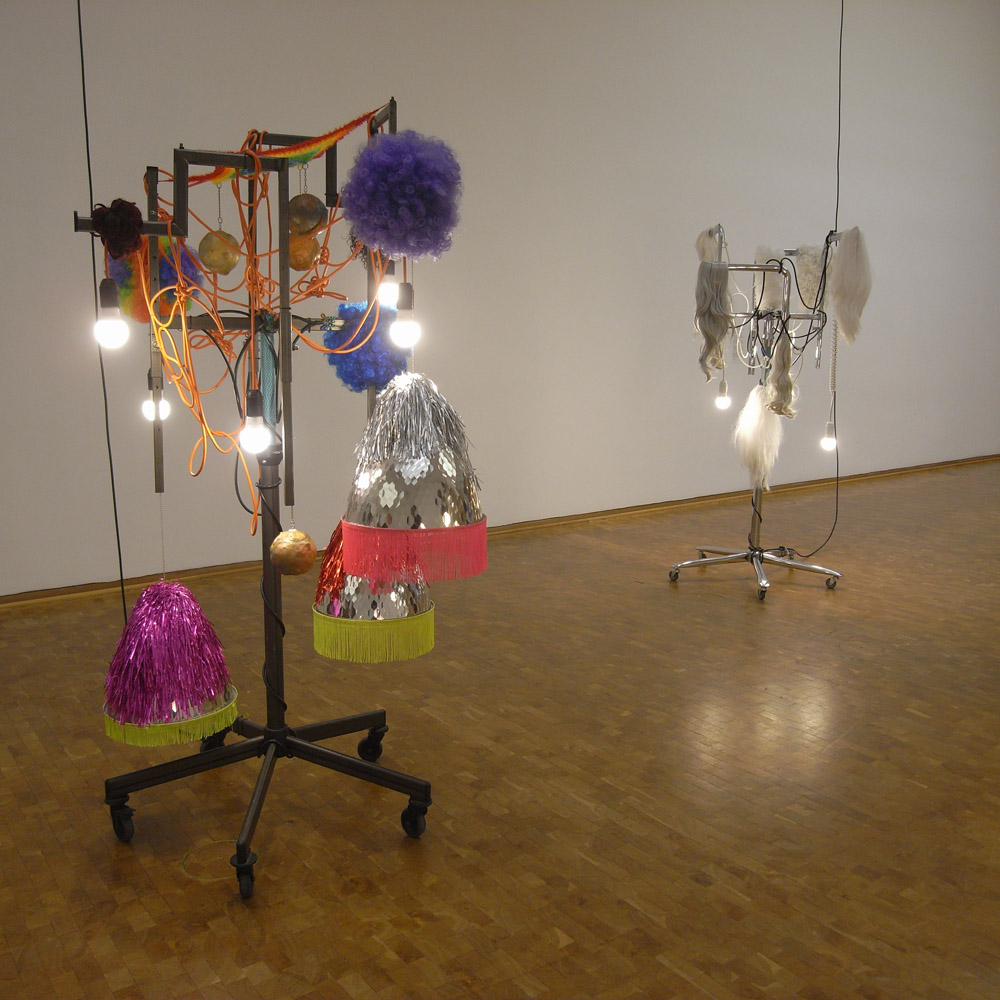 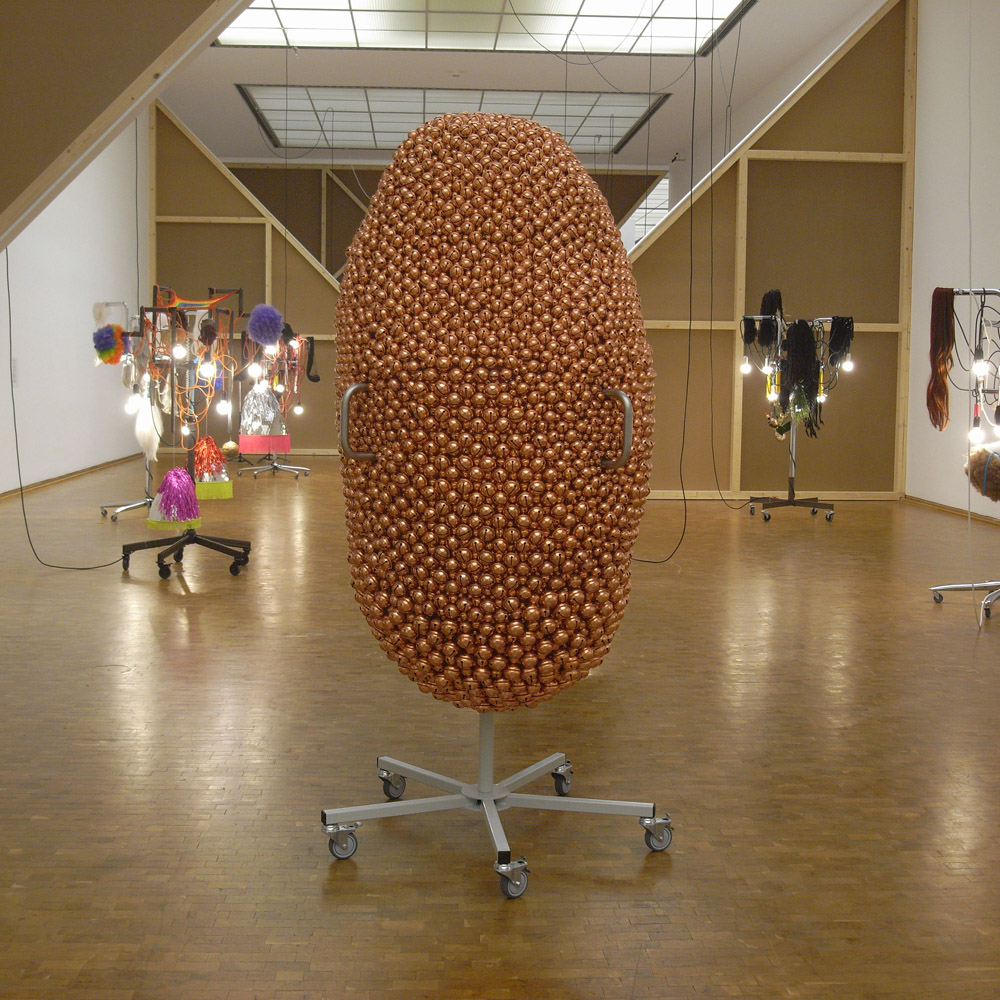 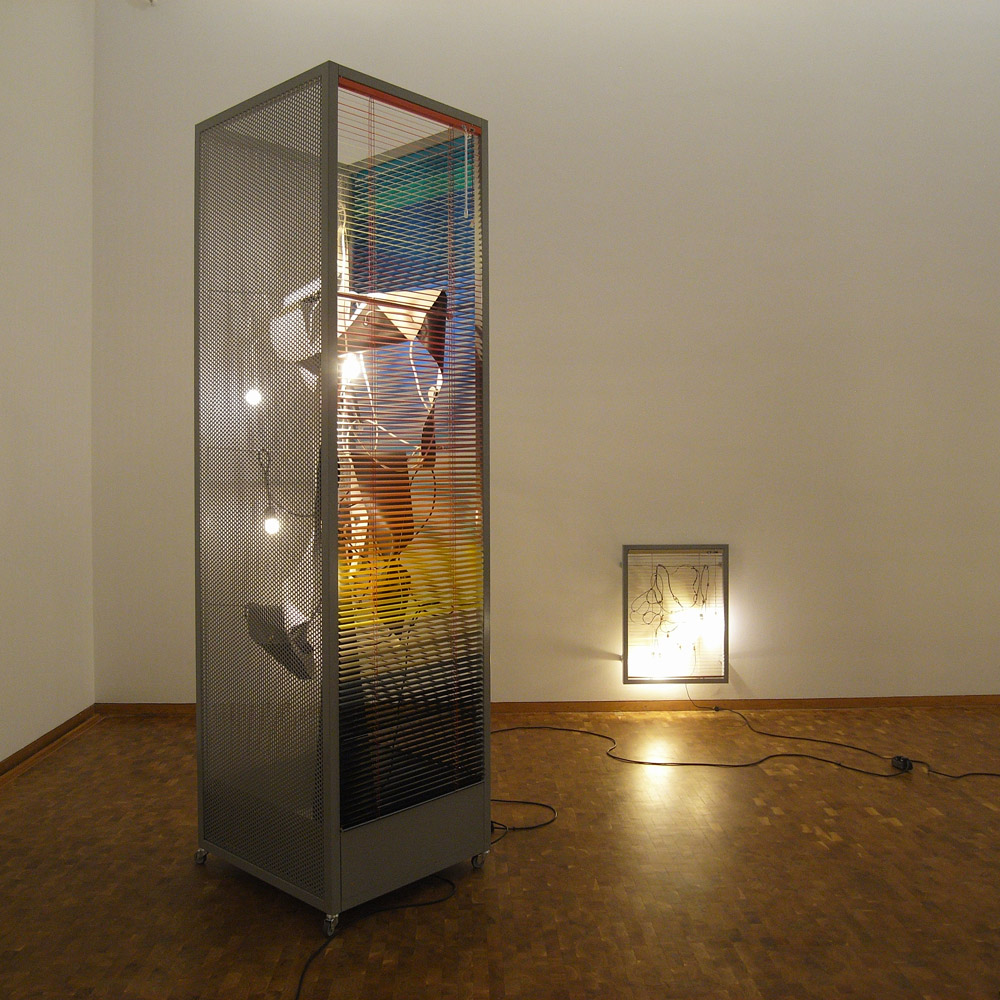 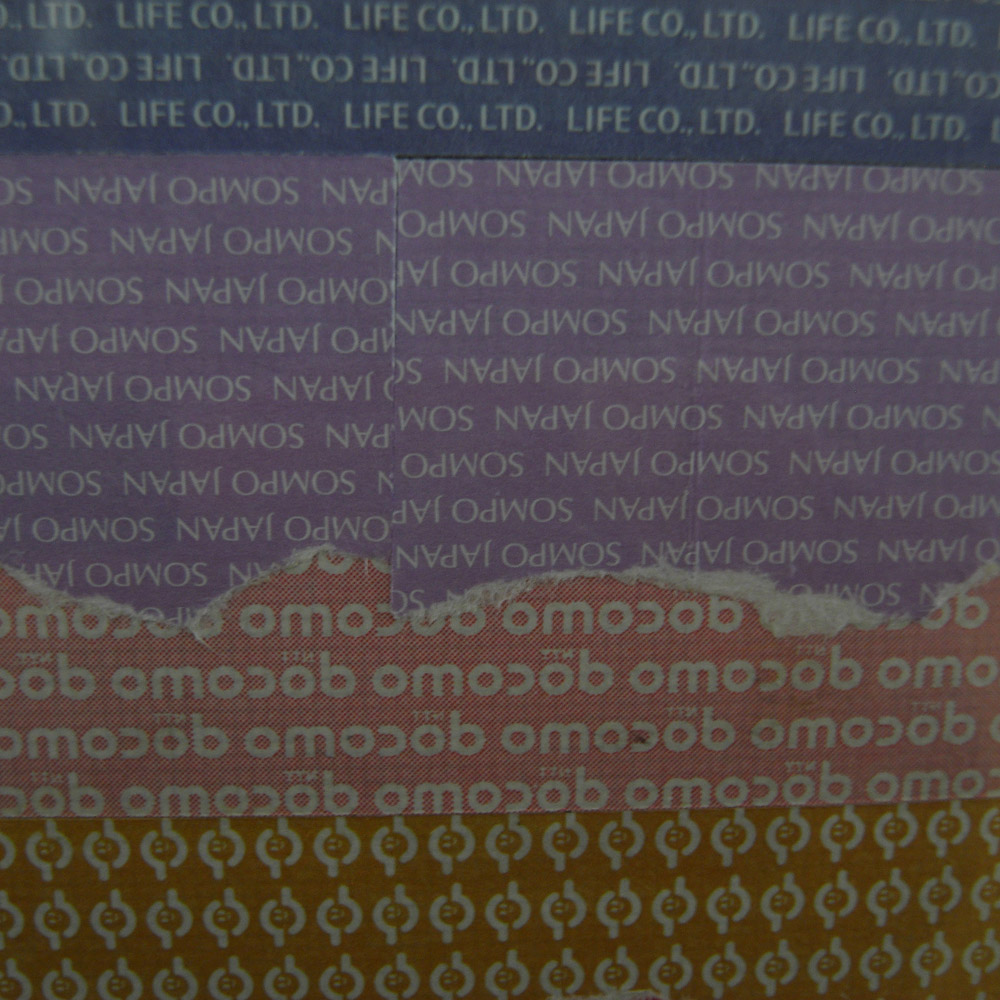 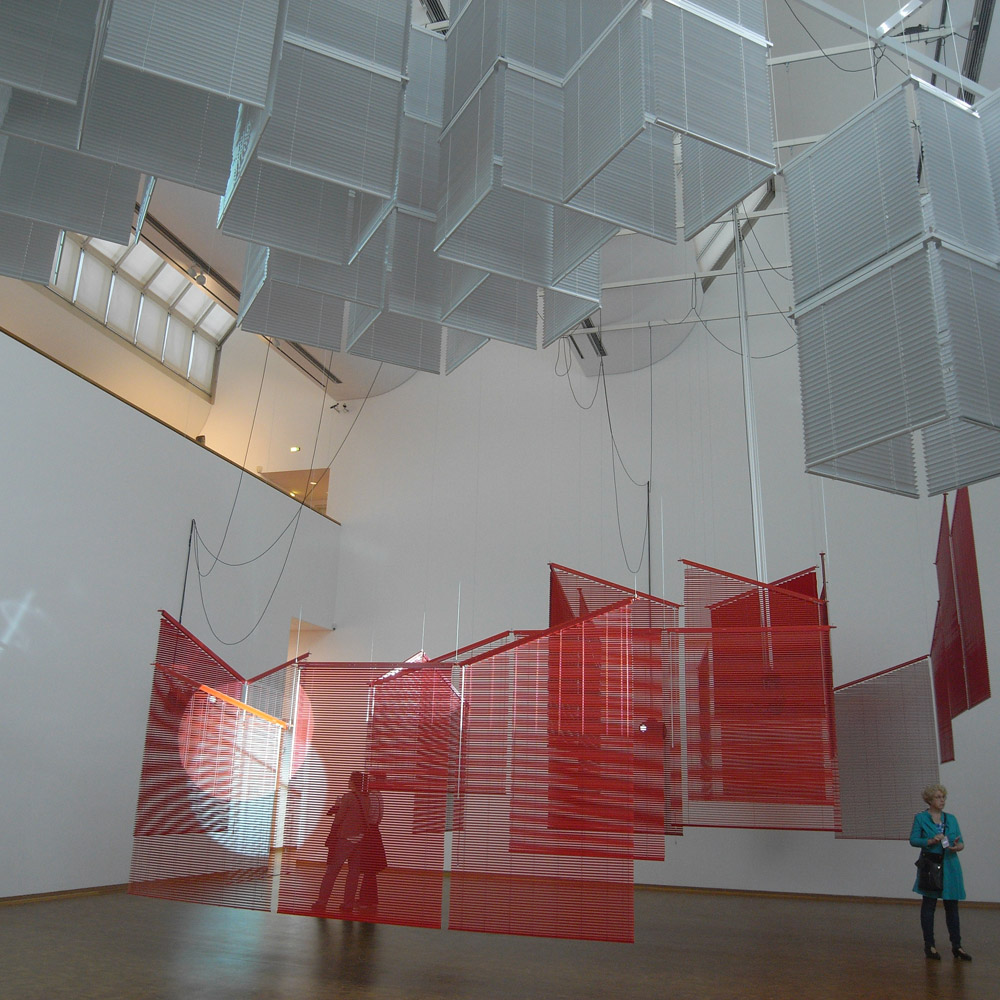 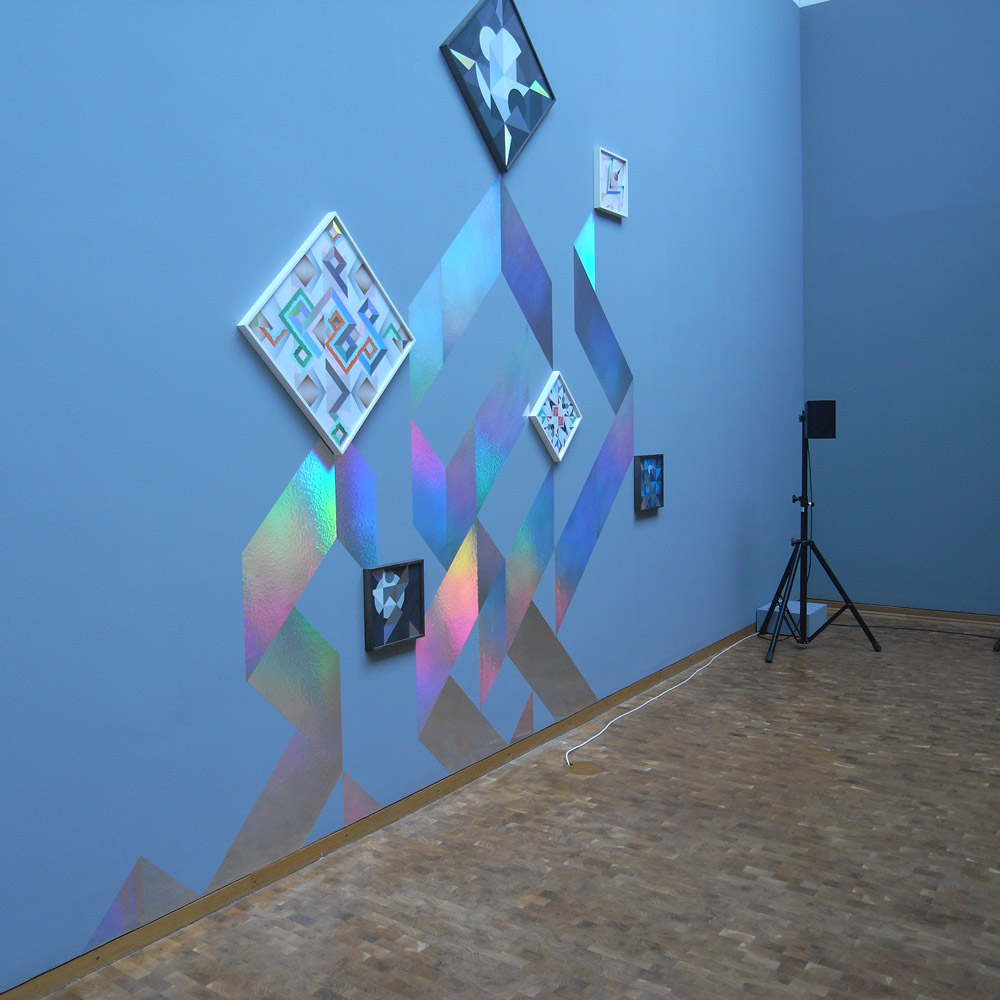 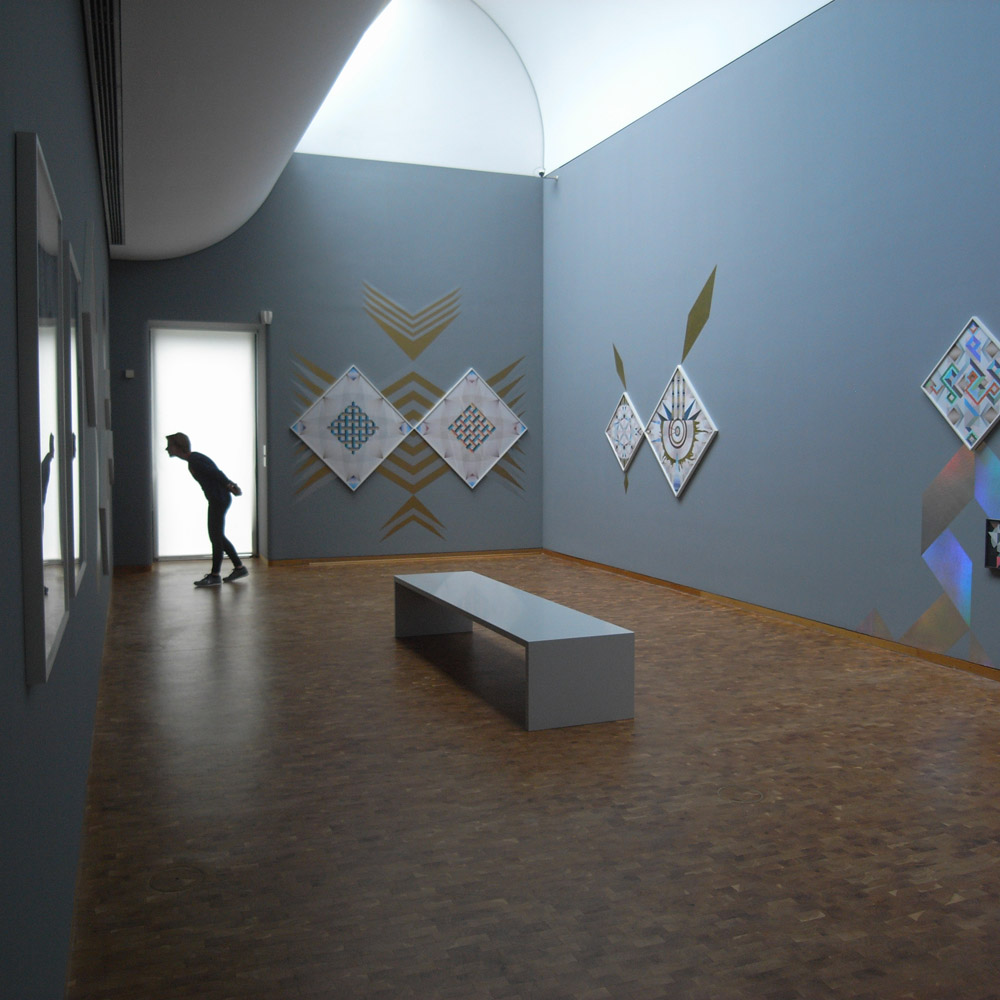