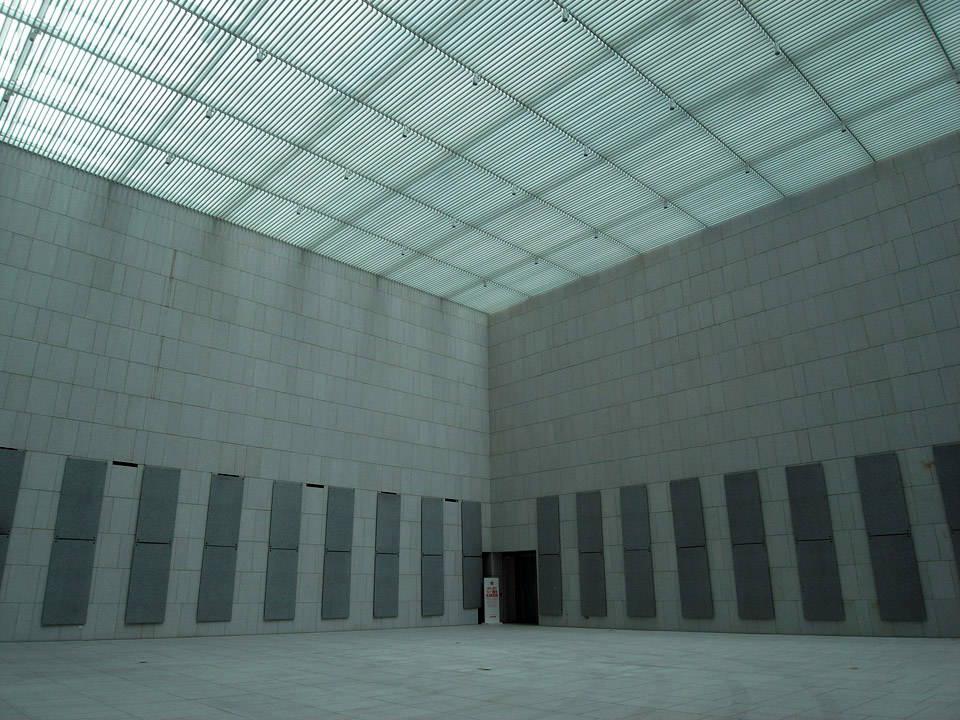 My first visit to the Long Museum (龙美术馆) Pudong branch, about 5 years after it opened. The architecture is minimalist, and it stood still and calm. It was quite empty during my weekend visit. Shows ranged from ancient to modernist to communist. No contemporary.

A huge space was given to a show commemorating the 90th Anniversary of Army Day, I guess this is a party contribution any rich Chinese businessman/collector has to make in order to be allowed to be a rich Chinese businessman/collector. And it seems colleting of “red” paintings is also one of the specialties of Liu/Wang (the museum/collection owners). What I found interesting about this exhibition was the contradiction of all this “people’s art” (created by painters for little or nothing, many works even anonymous) that has now been amassed and locked up in a “private collection”. But I did not spend too much time here.

Upstairs was an exhibition that I found much more interesting, titled “Ruyi To Be Found Everywhere In Life”. This was nothing contemporary, but antique. Nevertheless I liked the conceptual way how the exhibition was set up. The first rooms were full of textual materials and photographs providing background information on what “ruyi” is: Originally a ceremonial scepter, later transformed into an auspicious symbol that has been in turn used as an ornamental element in various fine art forms, all uses linked by the homonym nature of the word meaning “according to one´s wishes”. Only after a thorough framework-setting, one could see the precious objects amassed by the Liu/Wang collector couple. And these were truly a feast for the eyes. The introductory part of the exhibit came immediately to use, the knowledge gained could be immediately applied. The exhibition design really showed how important background knowledge is in appreciating any kind of art, no matter if it is something very ancient or the latest cutting edge contemporary piece. The phrase “context is half the work” is often used in relation to contemporary art, but in fact, it equally applies to ancient art, if one truly wants to grasp the meaning and significance of the work in front of one’s eyes. 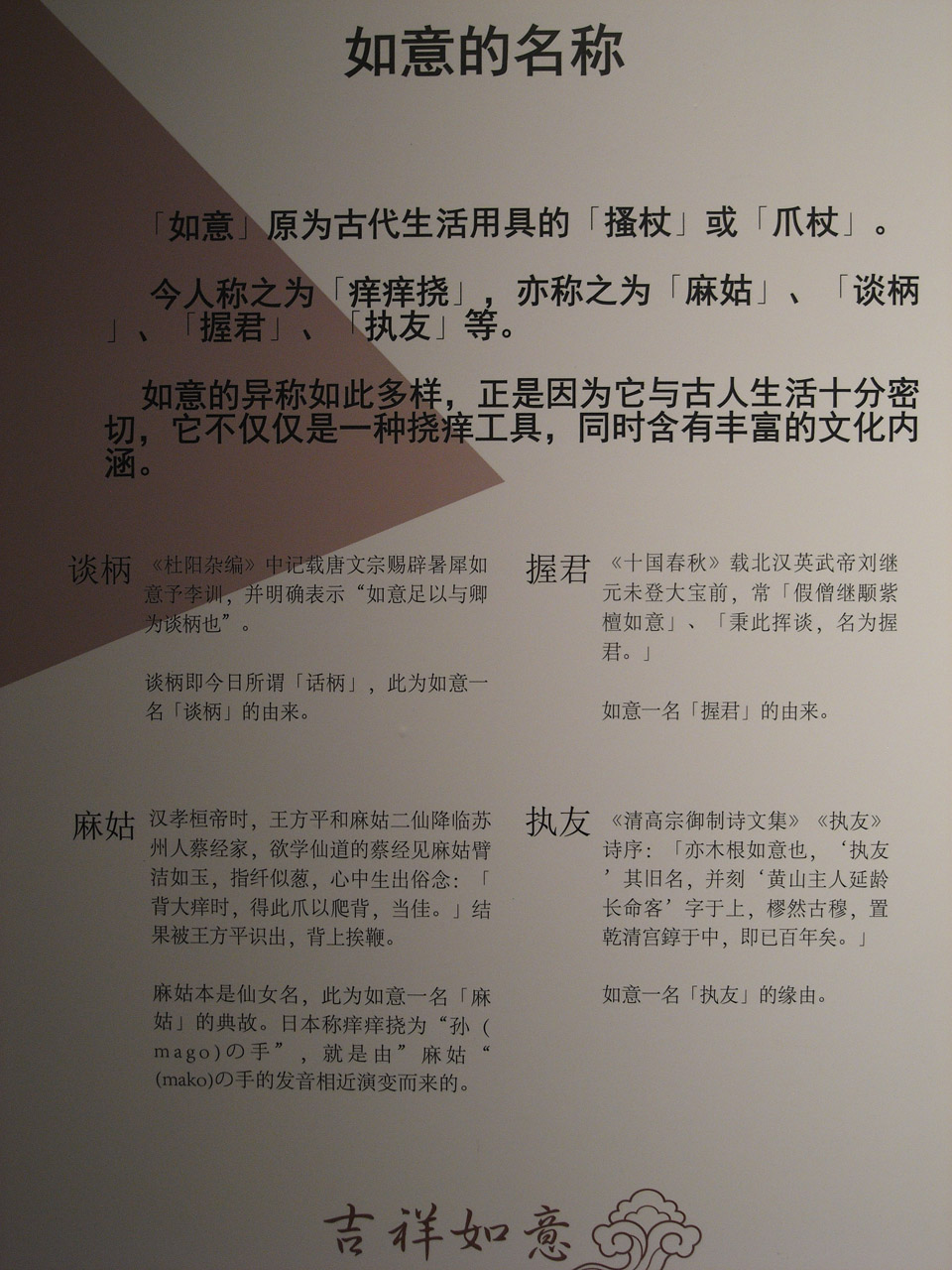 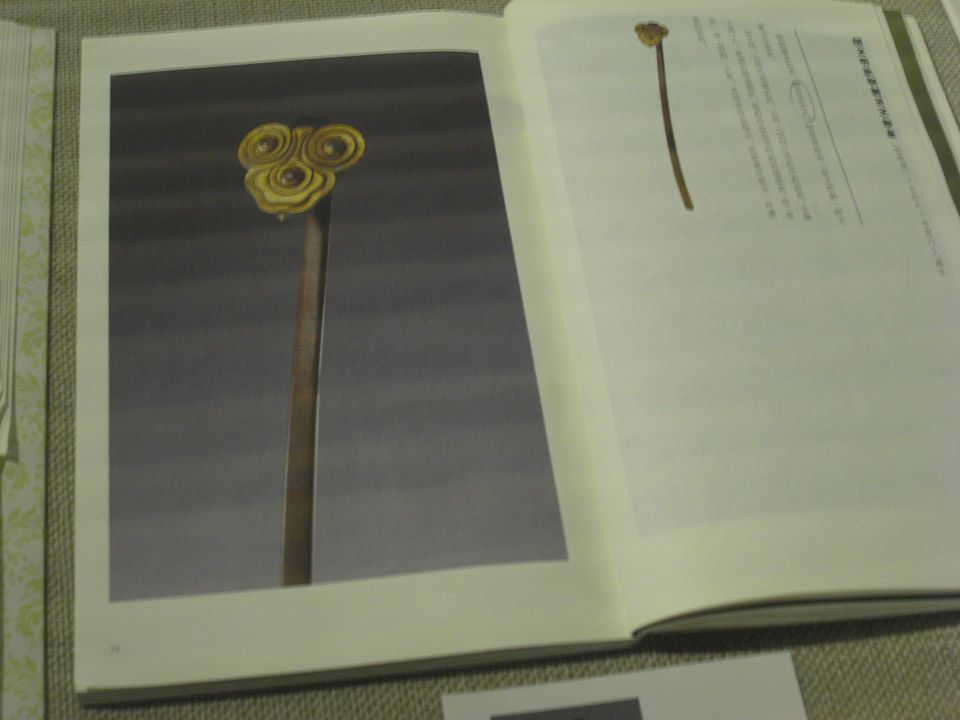 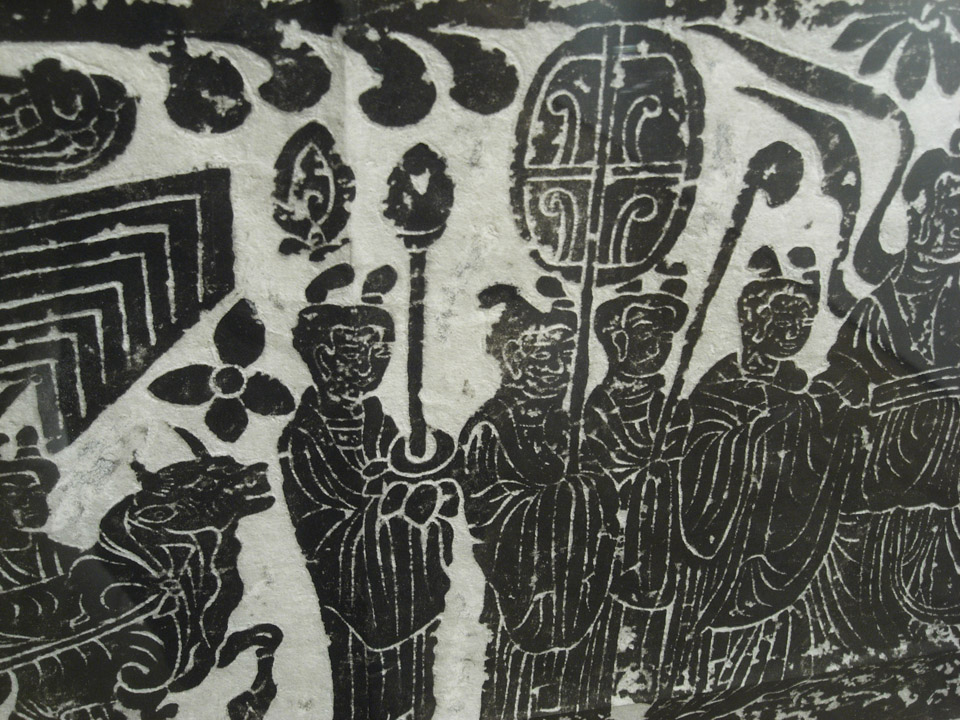 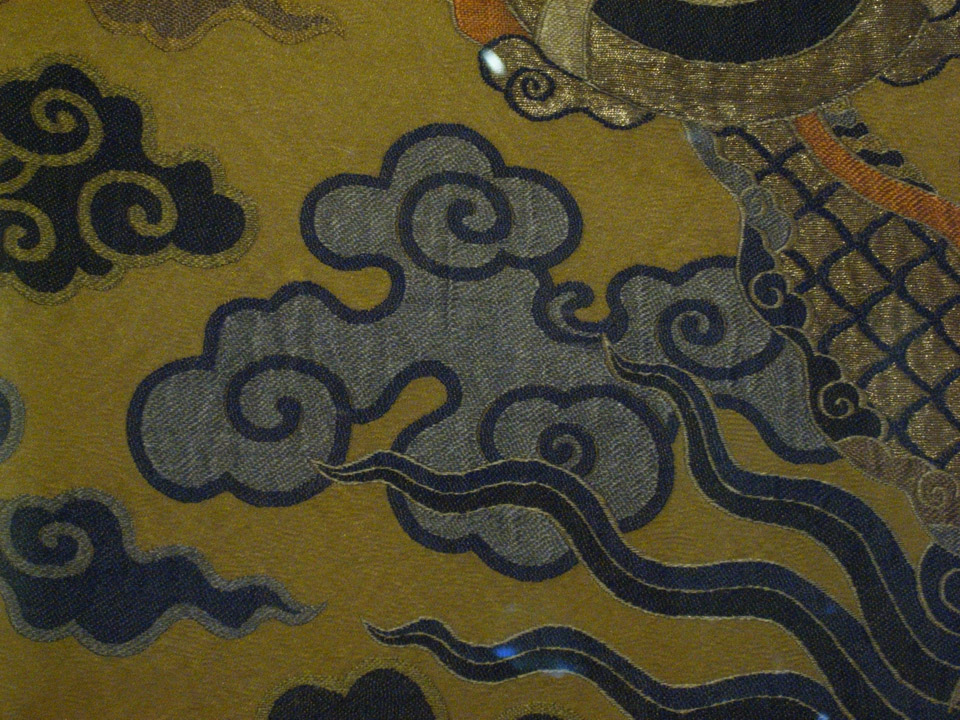 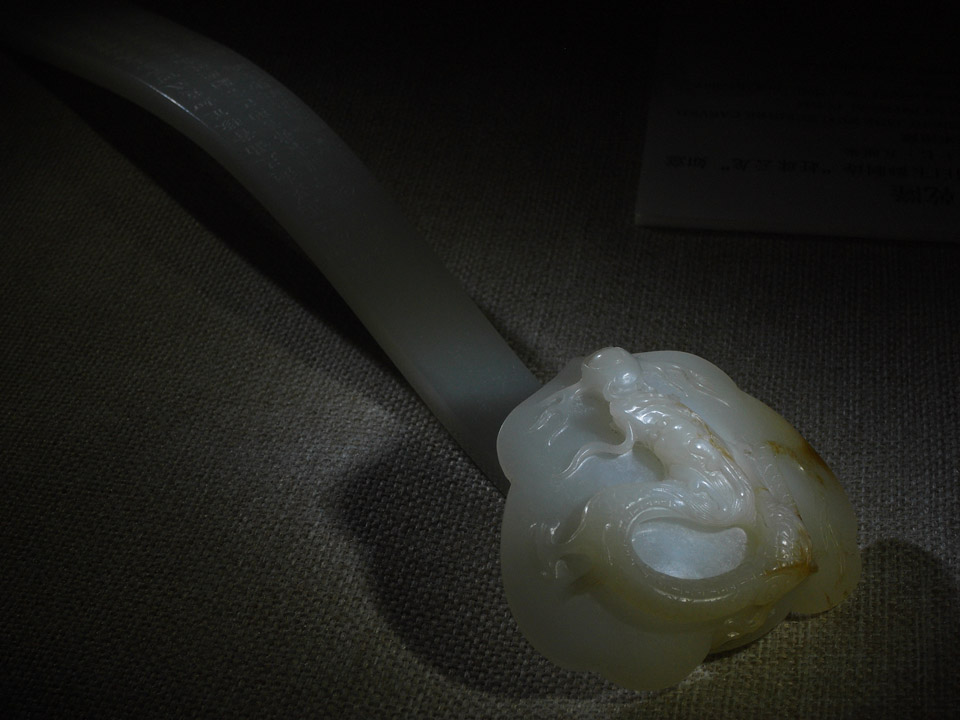 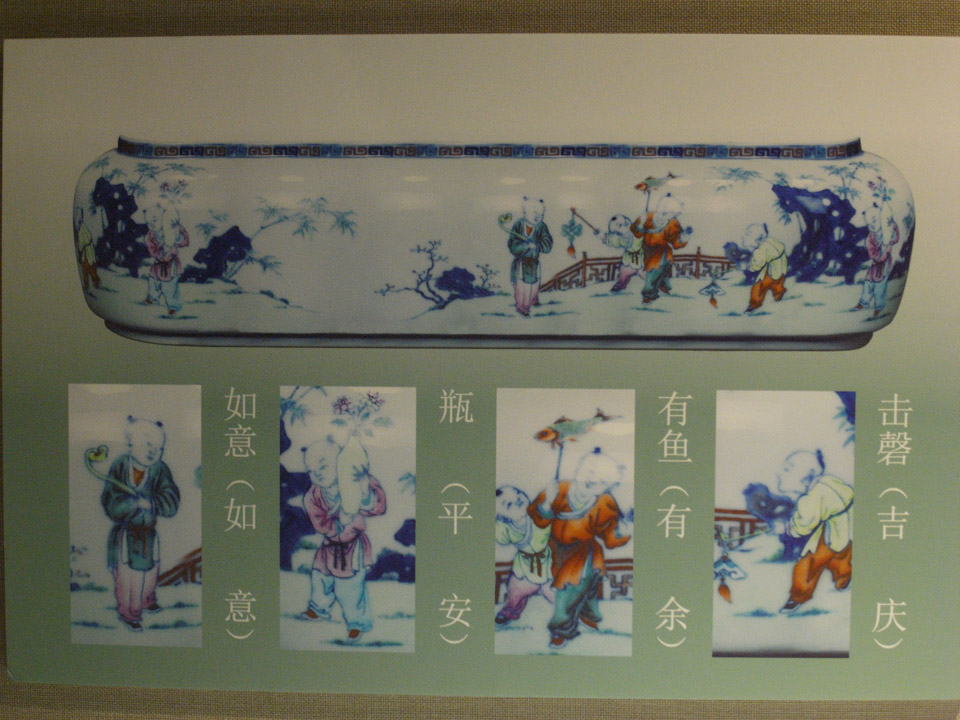 Adjacent to the Ruyi show, there was a Chinese porcelain, painting and calligraphy exhibit. There were many impressive pieces, some pictured below. 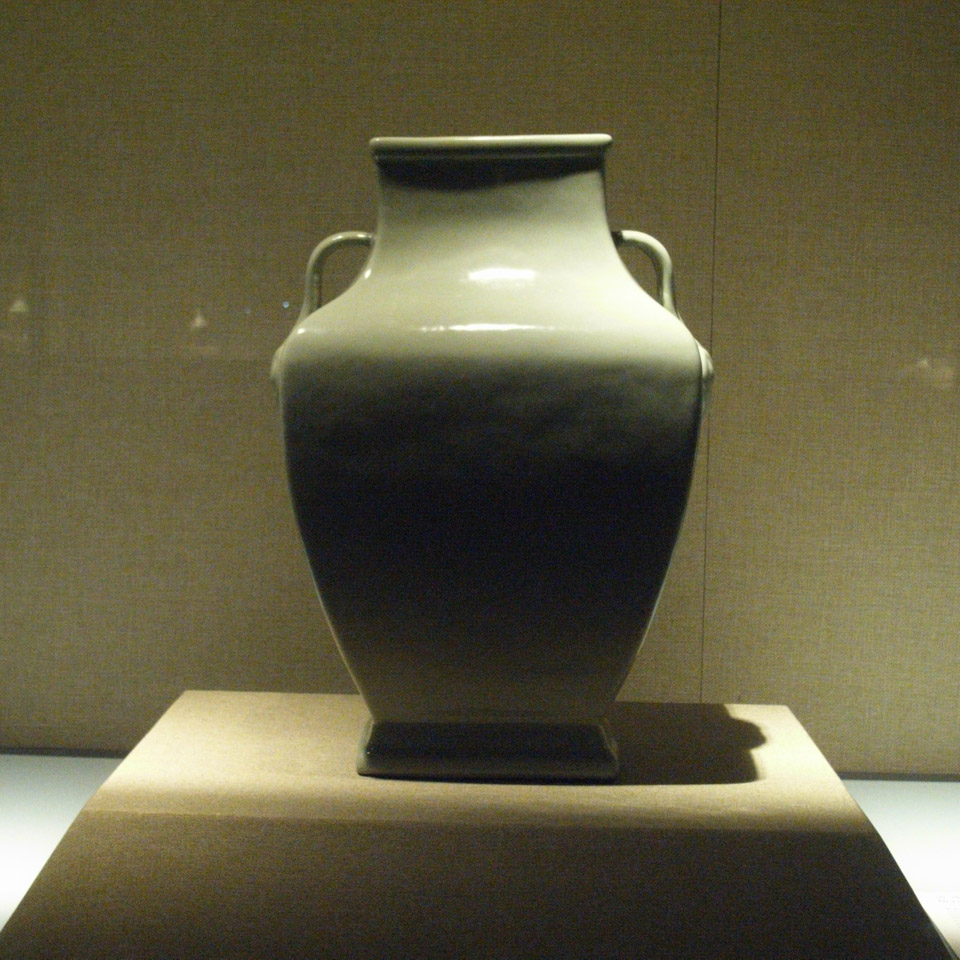 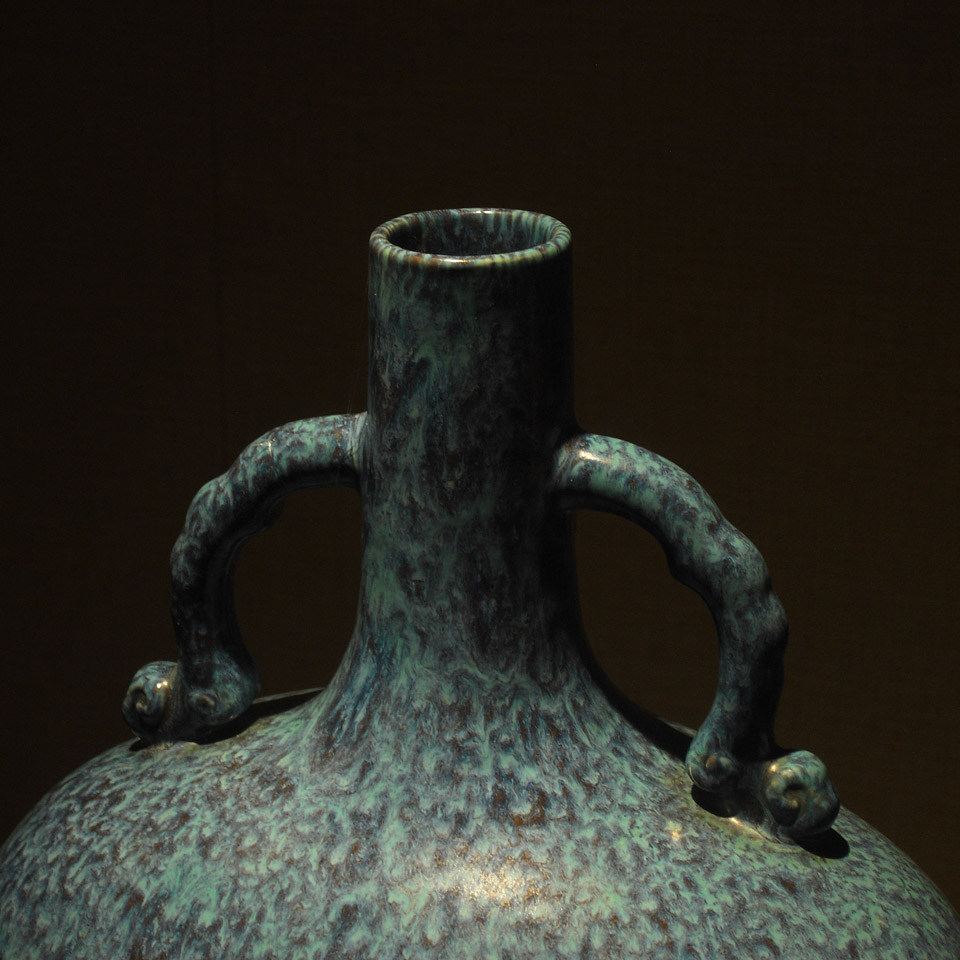 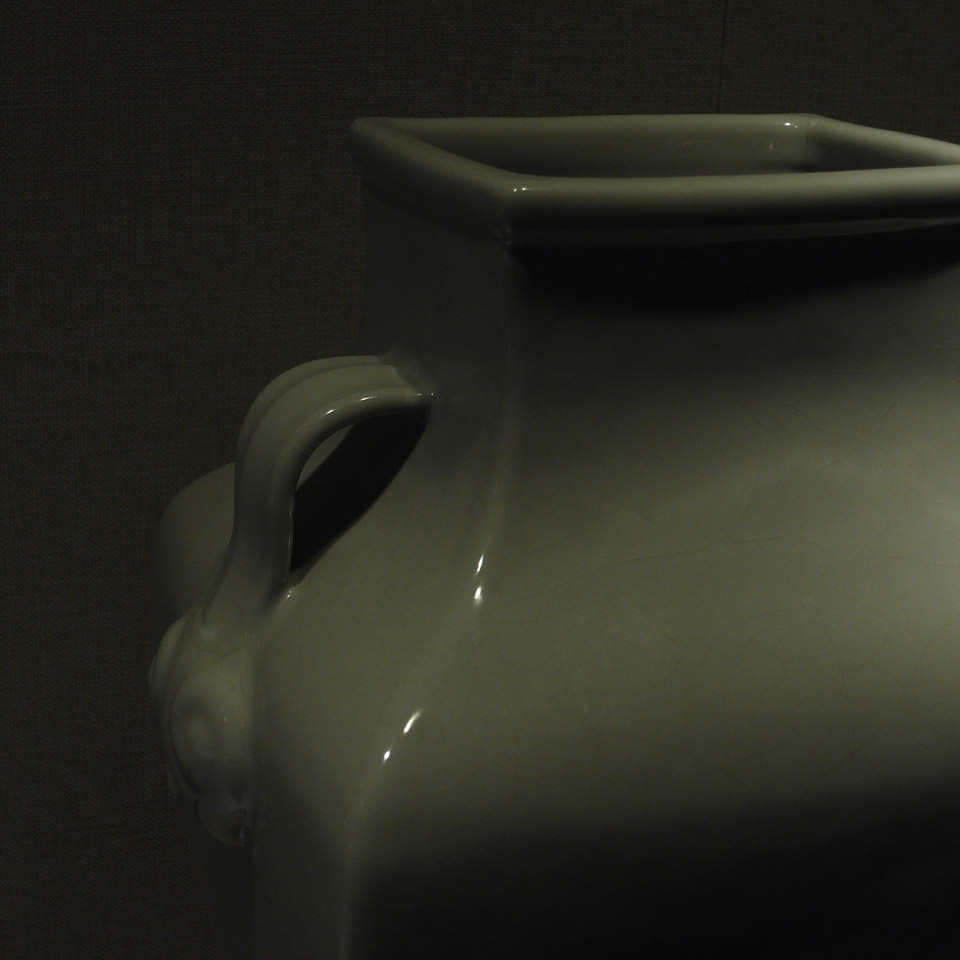 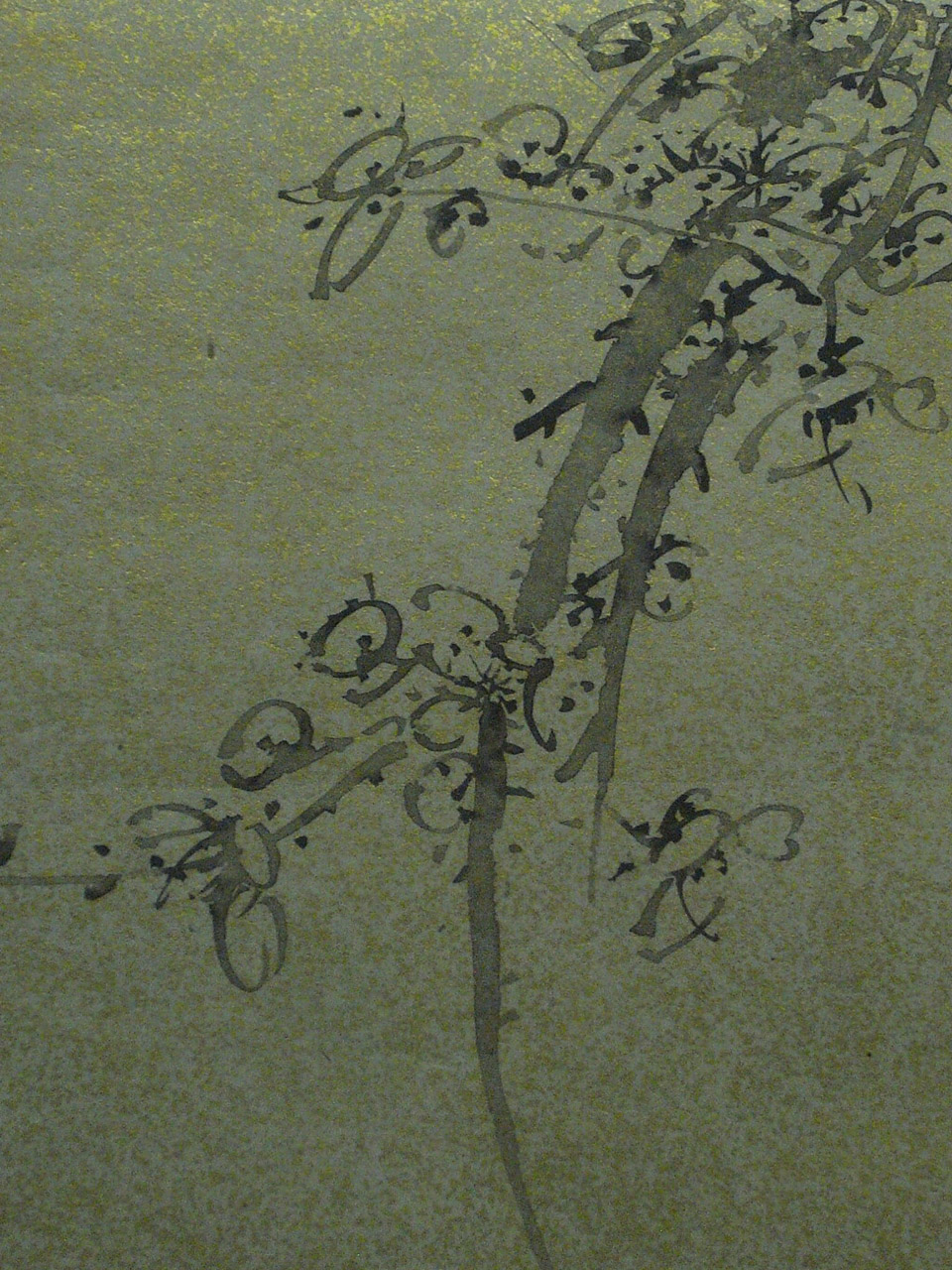 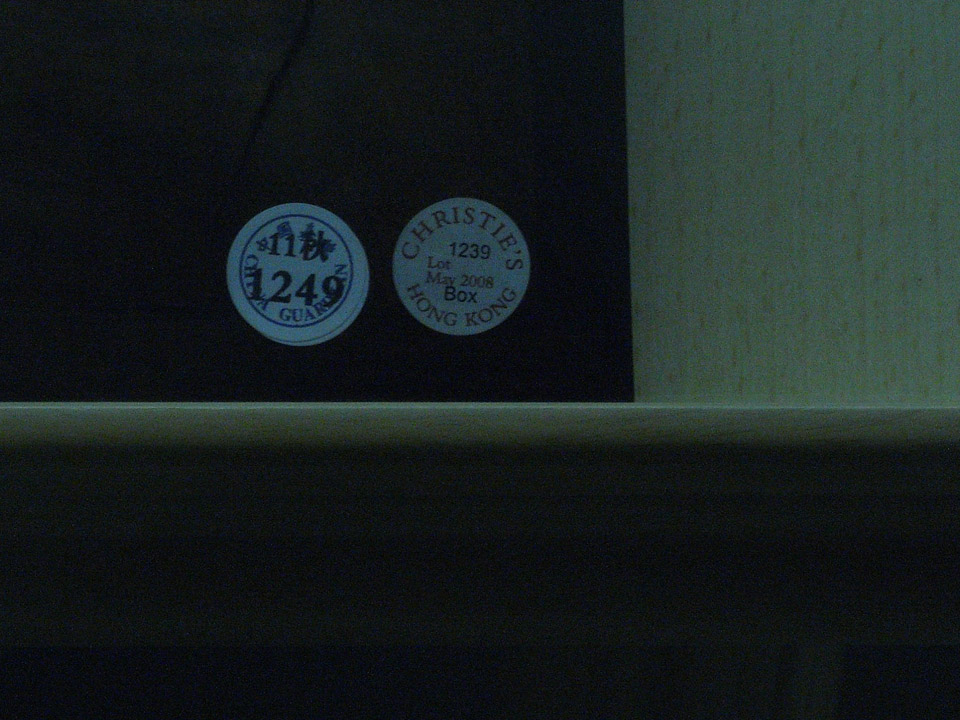 In addition to this shows, another one focused on Chinese modernist painters who spend some time studying or living in the “West” (i.e. Europe). It was a “who-is-who” of well-known names, hinting at the eclectic collecting style of Liu/Wang. Contrary to the very good research in the Ruyi exhibition, here the visitor was left on his own, and I found myself going through a mental checklist of names I knew and those that I did not know. My attention was caught by the shrine-like installation of a large Zao Wou Ki (赵无极) and two humming dehumidifiers as well as by Lin Fengmian’s (林风眠) painting of what looked as a European stereotype of “China” combined with a stereotype of European modernist shape vocabulary. 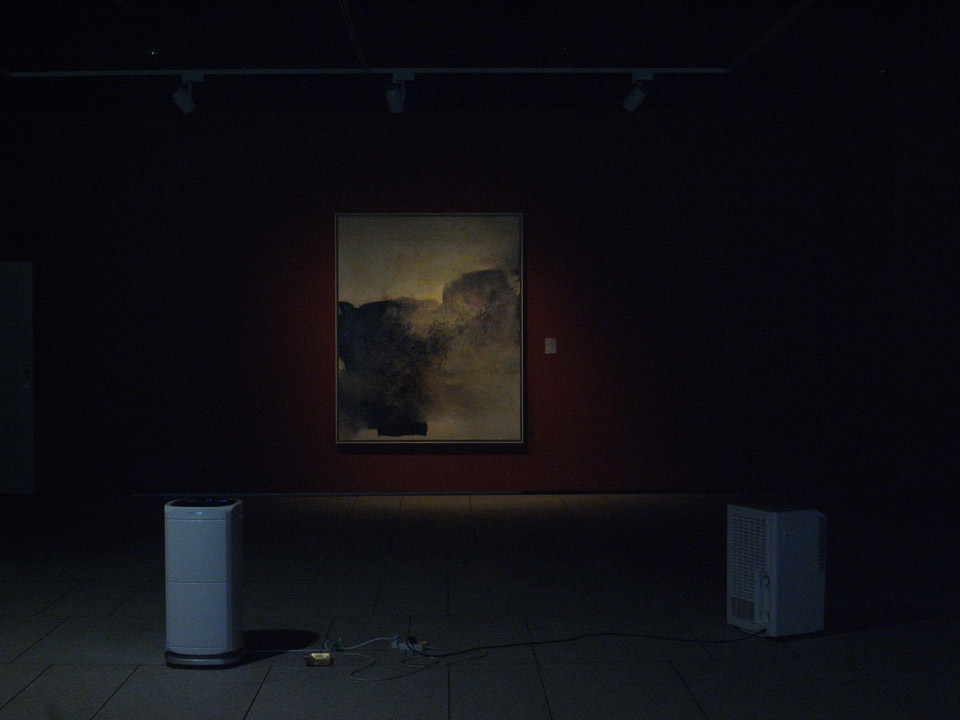 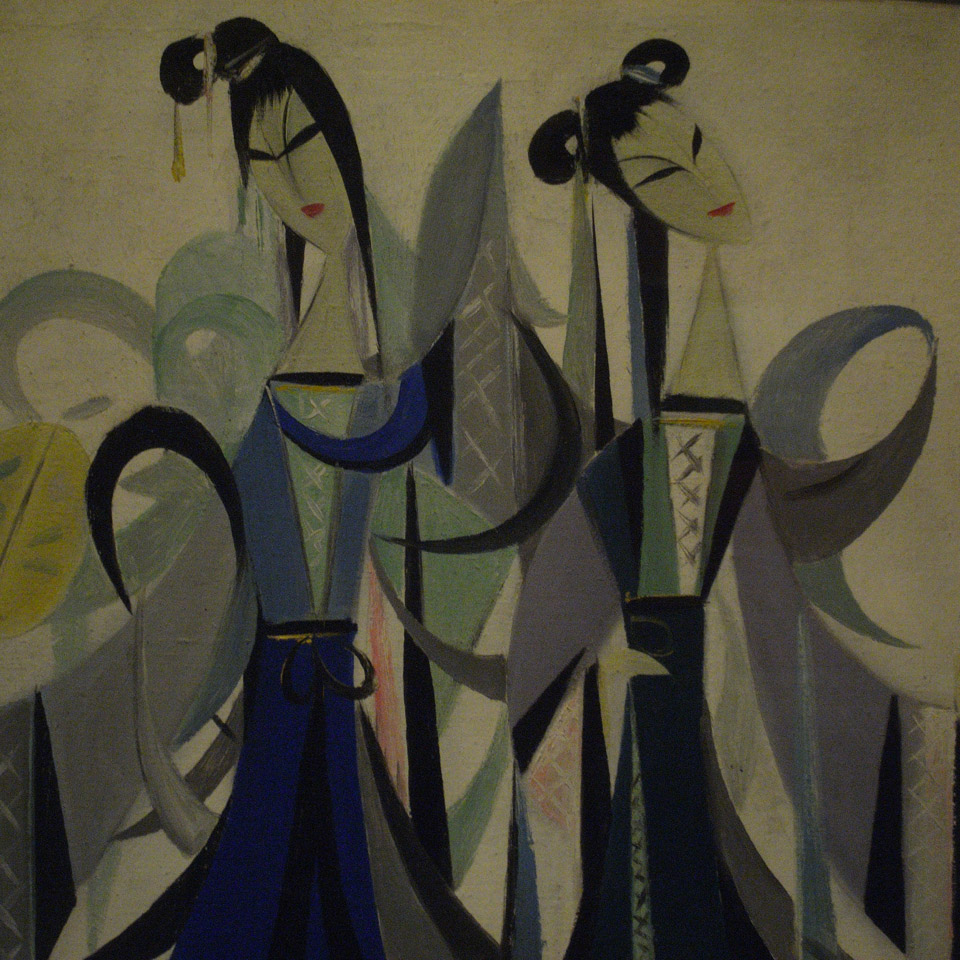 Overall definitely worth a visit. It was impressive to see what is possible (to build and acquire) when money is not the problem. And really thumbs up for the research done for the Ruyi show, even though I could read only a small part of it. I would like to see a catalogue of that in English.