By chance and by word of mouth I attended the opening of Xu Xinwu’s exhibition. The space seemed to be a pop up gallery filling up the space in between two construction phases in the area. It was nice and clean, the big bar in the middle hinted at the multi-use nature of the space. 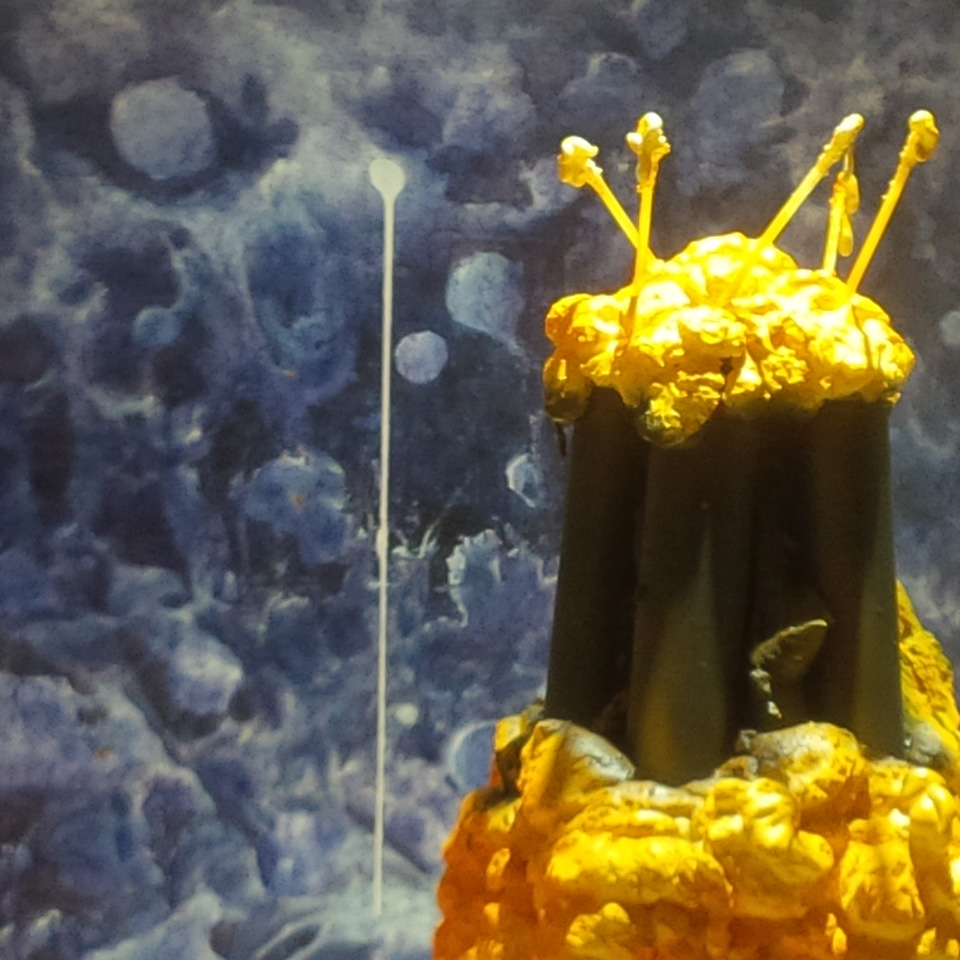 I do not know anything about Xu. There was also no handout available. It seems he is primarily a painter. Paintings were forming the centerpieces of the show. The main colors that stuck in my mind was a dark blue mixed with black, like a night sky, with a single round yellow patch somewhere in between. This looked like the “signature” of Xu’s work, or maybe of the presented series.

A great care was invested in going beyond a simple hanging of painterly products on the walls. There was a number of sculptural objects made from insulation foam spayed with golden color contrasting with the dark blue used on Xu’s canvases. There was a large scale installation combining a large painted canvas loosely placed on a large pedestal, on top of which a flat screen monitor with an animation and a sculptural installation from construction materials was placed. The animation showed a moving image, similar to the black and blue canvases, combined with a number of thin geometrical lines, accompanied by an ambient electronic loop reminiscent of an old sci-fi movie.

Overall the show looked coherent, and I could feel that the installation was prepared with a great attention to detail. The non-painting elements of the show seemed a bit too much like a merchandising display set up. Maybe this was the aim, to provide an ambient support for the sales of the painting-products, but it was a bit to prominent for me.

The painting itself were powerful in the way how they hovered between abstraction and figuration. They did not really depict anything specific, but they did bring up memories of moments when I have seen similar color combinations and visual structures previously, mostly related to atmospheric events or night travels through landscapes. They did stir emotions. 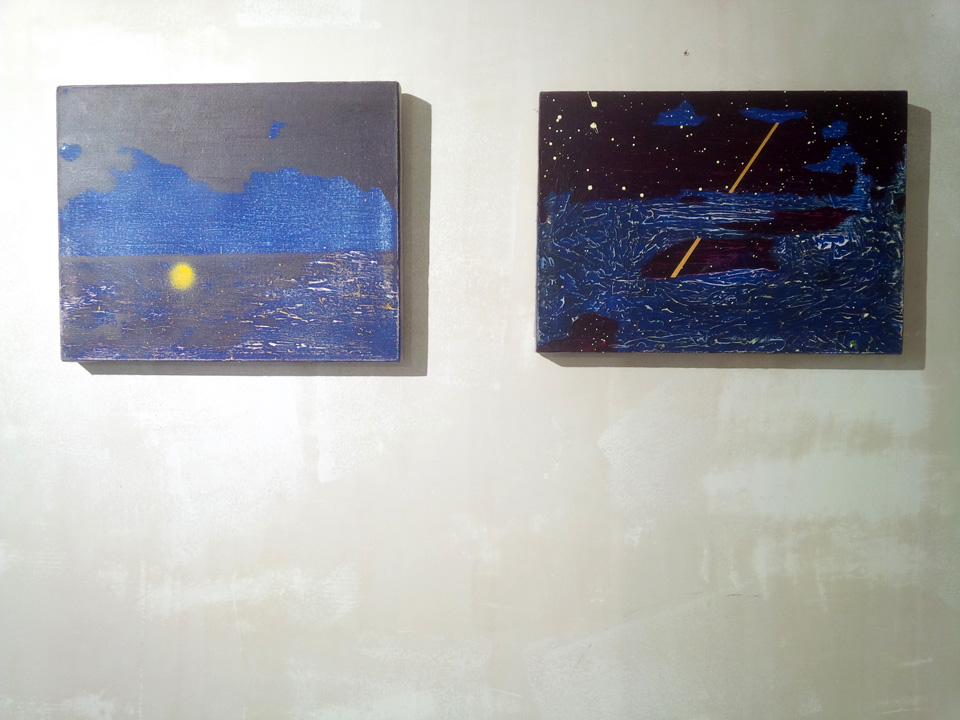 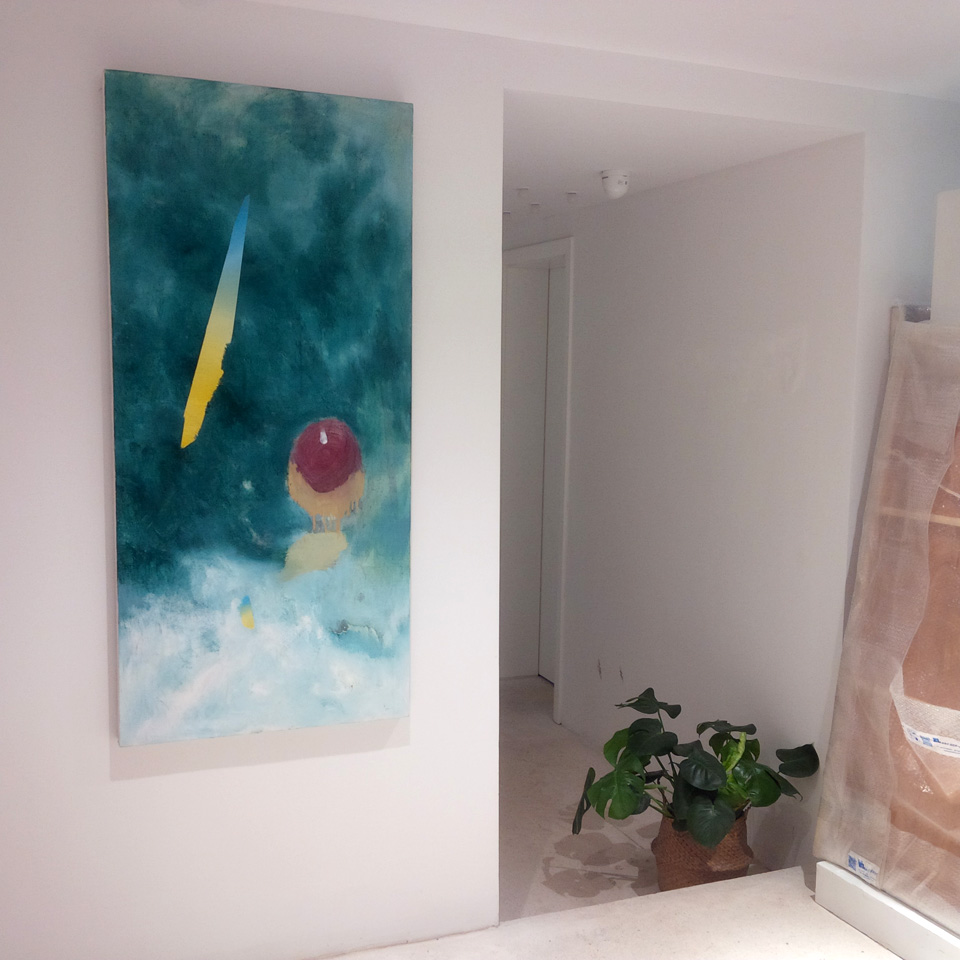 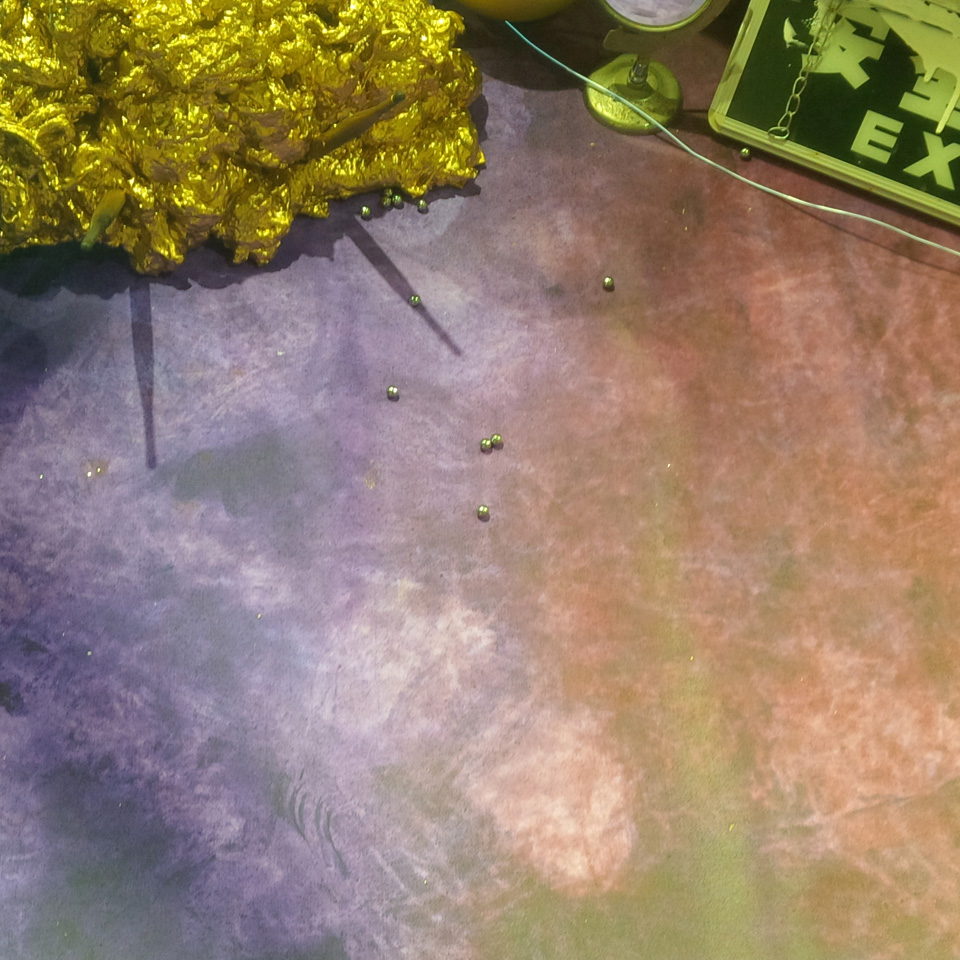 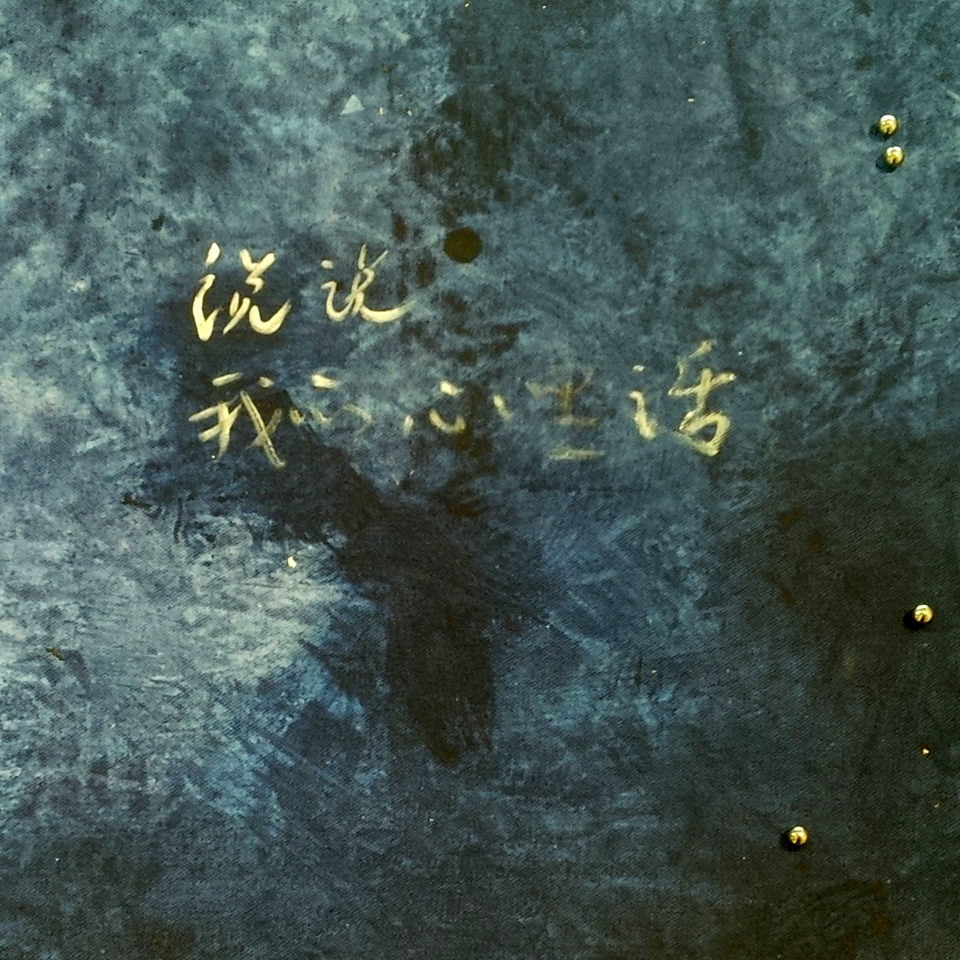 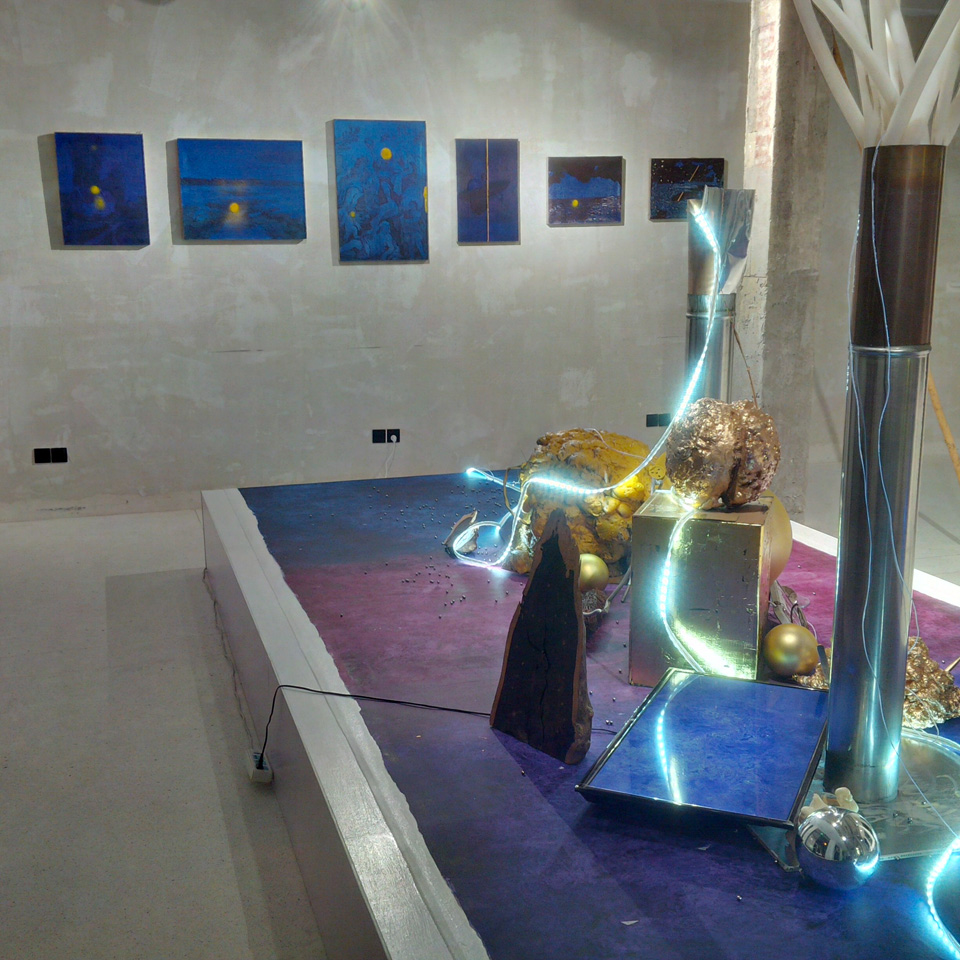