Chronus Art Center “Machines Are Not Alone: A Machinic Trilogy”

Chronus Art Center (CAC) specializes in New Media Art. The exhibition was well designed and prepared. The artworks consisted of a mix of new media artworks, also with a mix of the typical issues that new media artworks have. Some were accessible and poetic, other were so grand in their aspirations that the link between the idea and its representation broke, something that happens when one dives too deep into the technical complexities. But that happens. Overall, there were interesting works to explore. 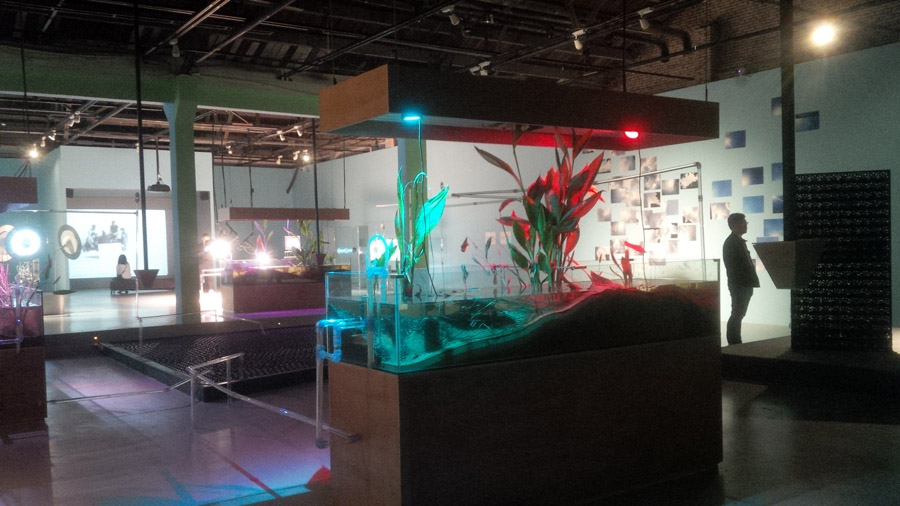 The highlight of the show for me where two sound pieces that we simple yet deep.

Deng Yuejun’s 邓悦君 “O” consisted of a large array of mini-speakers with sound chip powered by solar panels playing back the same sample loop consisting of 100 persons pronouncing the word “O”. It reminded me FM3´s “Buddha Machine”, but it had a sculptural and sonic presence of its own. 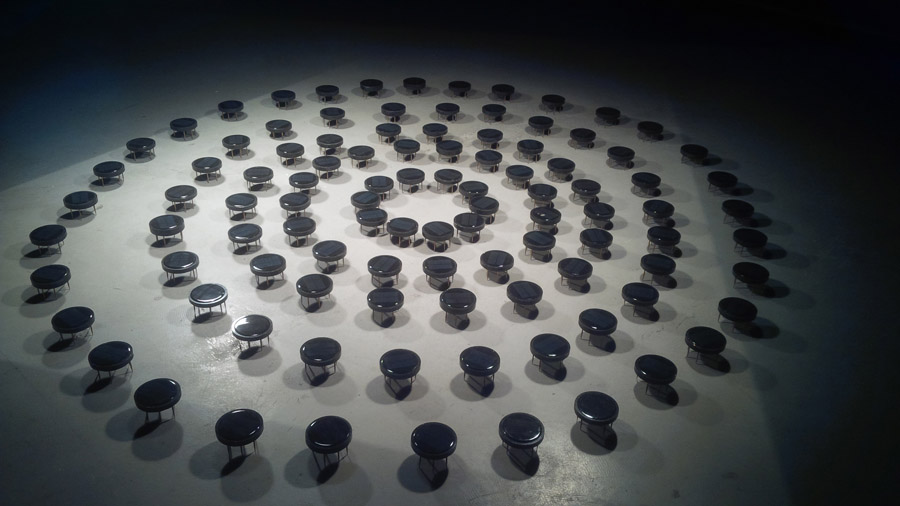 Feng Chen’s 冯晨 “W” consisted of a wooden circle with a carved relief reminiscent of waves on water or mountains. This relief was “played back” by a metal rod connected to electronics generating white noise at different intensities as directed by the stick. There

was a link between the physical and sonic representation, as well as the imagination produced by this link. The poetics of the piece came close to the Chinese fondness of homonyms made use of in artist’s renderings of auspicious images (bat = fu = luck, fish = yu = surplus, etc.), but it approached it on a totally different visual/sonic level. 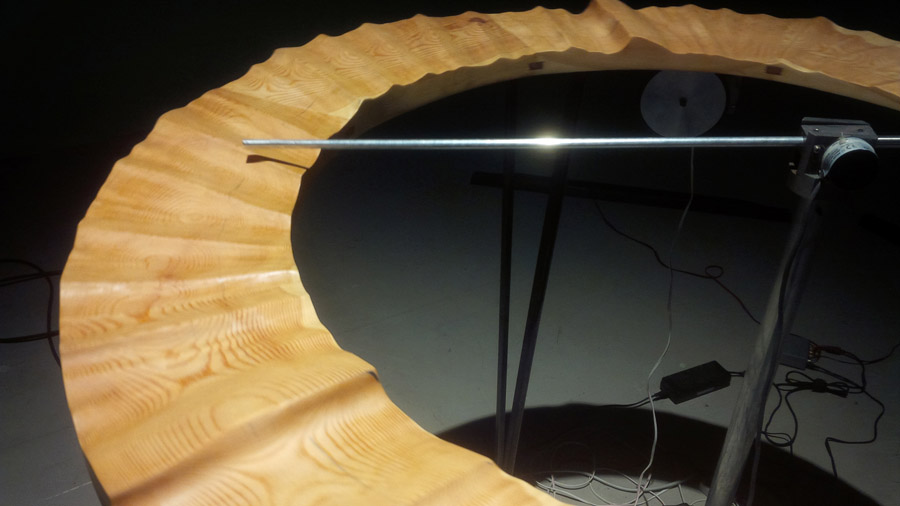 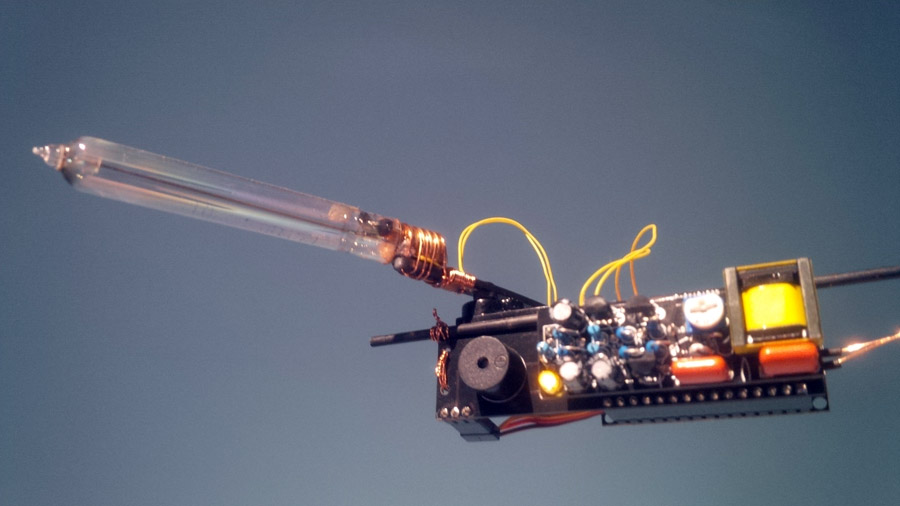 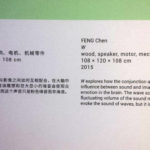 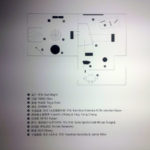 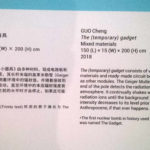 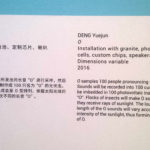