Art Space Pool “Today, Nobody Was There” 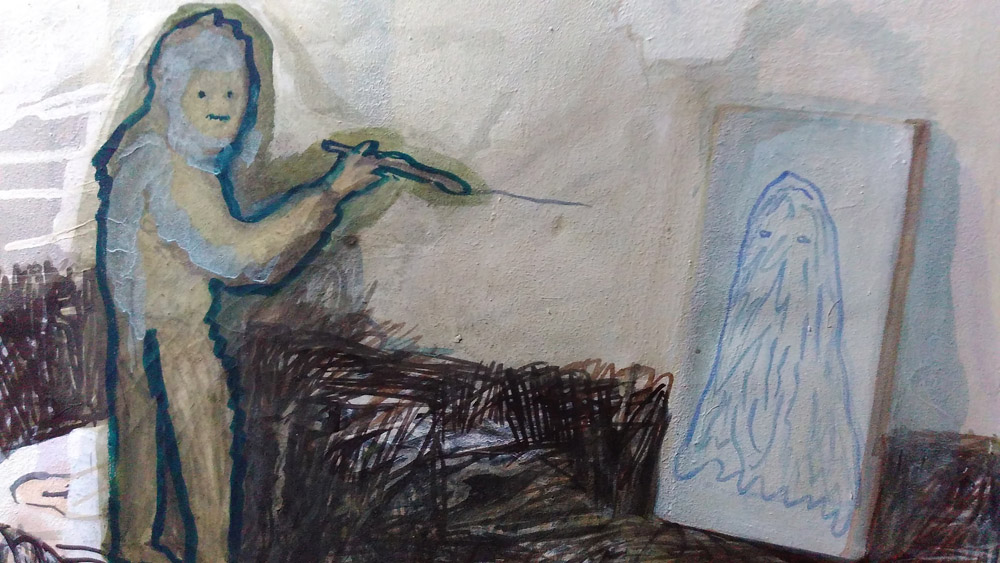 Lim Sodam’s works were the first one came across: smaller size paintings, quite rough, almost like sketches, but with clearly identifiable objects on them (a chair, an animal), tucked in between expressive brushstrokes. It appeared as if the process of “carving out” an image from the paint material was displayed. 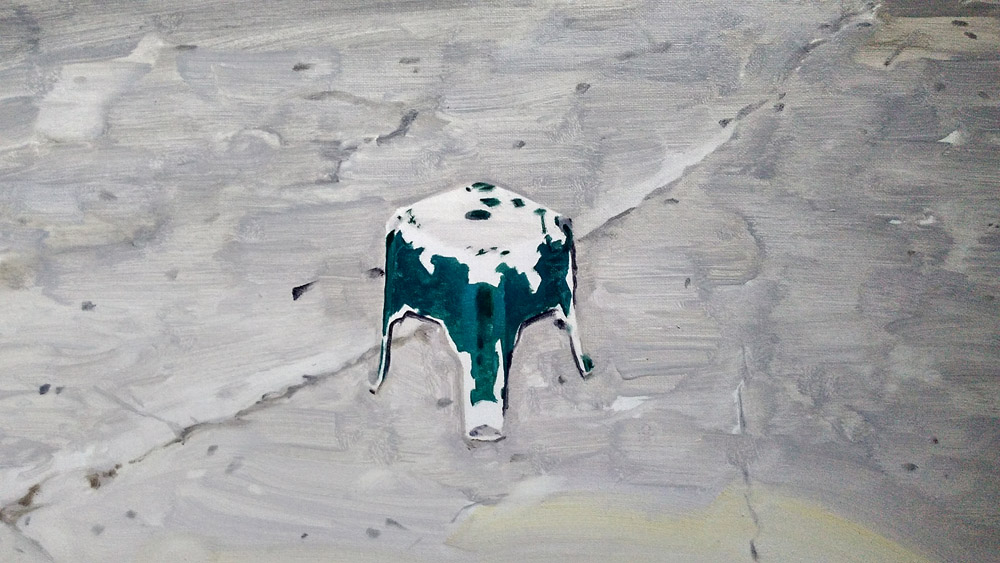 Across the room was Hyewon Kwon’s three channel video. A lonely female person was wandering through an empty house which looked like a school, hospital or institution of some sort. She looked rather sad and talked in a slow theater-style pathetic voice about something (in Korean). Not sure what exactly it was “about”, but it felt sad. 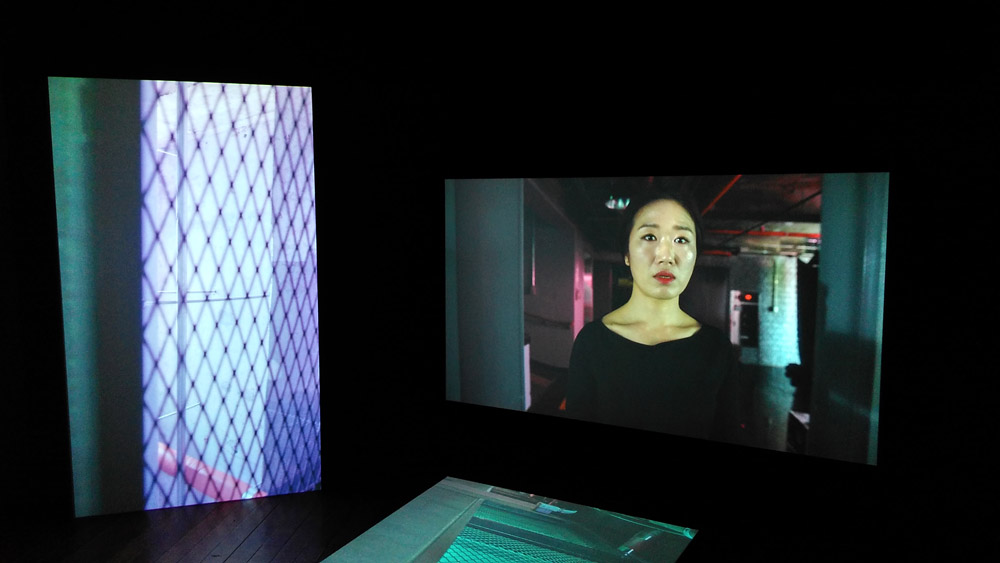 Seulki Ki/Yuna Park presented a two-channel video in a corner setting, with an additional installation element: a magnet base and a loosely hanging magnet repelling each other. The videos showed a couple throwing a ball back and forth in a swimming pool, and a sequence of text and motion graphics related to directions and mutual relations between entities. The installation was accompanied by a soundtrack consisting of a violent banging, in connection with the ball-playing couple in the video, I thought of ping pong or squash. Each of the installation elements expressed though different ways the process relating and communicating. 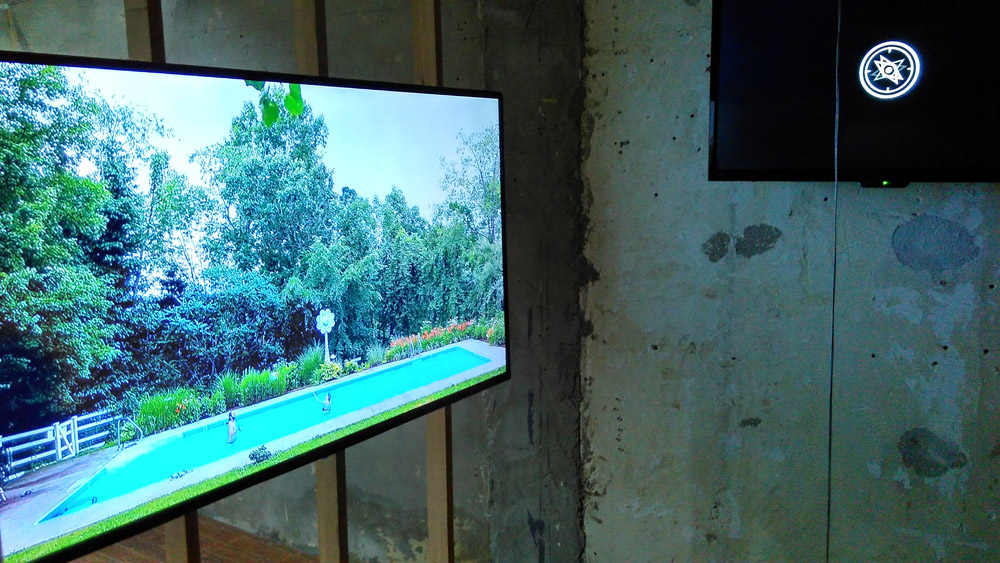 Juwon Jeong installed a forest-like constellation of smaller size paintings on wooden sticks. The paintings were crude and comics-like, the depicted topics seemed to deal with the process of painting or being a painter itself. The clumsy depiction of figures made the paintings look a bit funny. 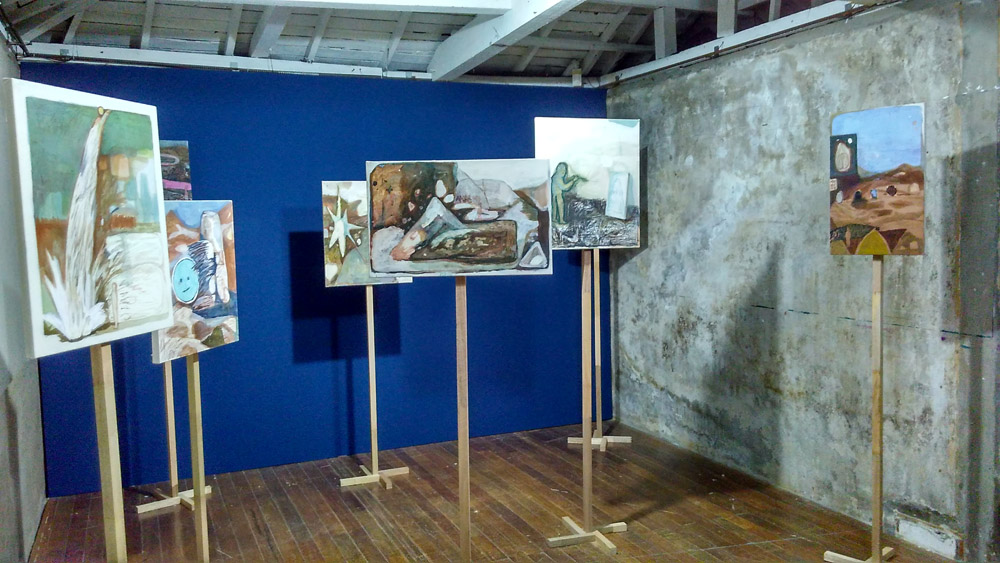 In a separate small room Enae Lee installed a large semi-translucent canvas connected to a wooden construction which made it look like a tent or shelter. The painting on the canvas, executed in minute brush strokes, resembled the fur of an animal like a bear or dog. The back lighting gave the painting a very soft and light appearance. Enae Lee also published a book of poems where she imagined how it would be to be animal, slip into the animal skin. How does it feel shitting like a bear? 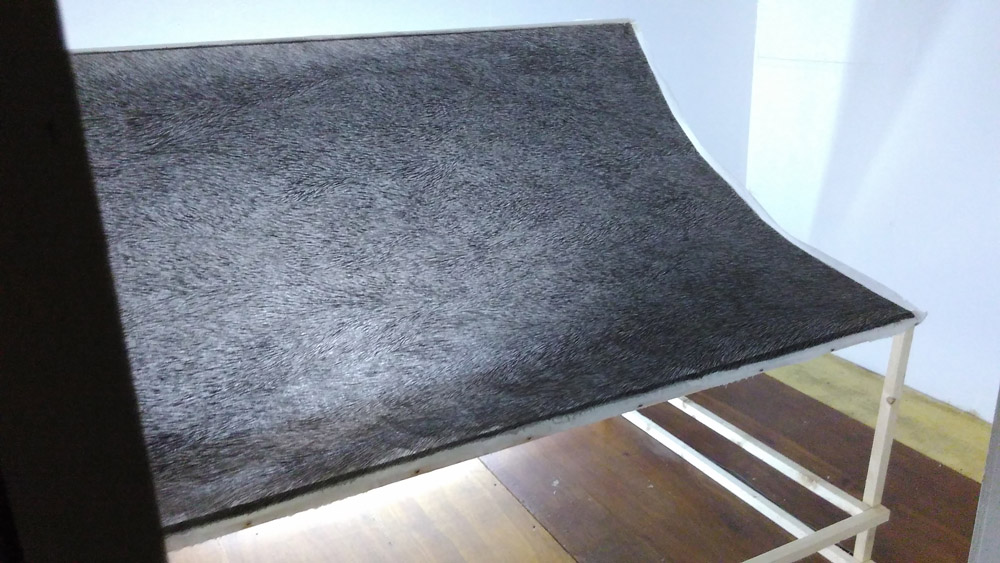 Overall, the exhibition has a soft and gentle feel. The installation was very precise and a lot of wooden elements were used, which somehow united the disparate artworks. Only when leaving, I noticed two areas in the gallery which were sealed off behind wooden walls, without any possibility to access them. In a same way many of the works concealed or were unable to express the “whole truth”, also the show as a whole was not able to express the “whole story”, and remained to an extent incomplete, a fact materialized by the presence of these empty and inaccessible spots: Communication is always incomplete.