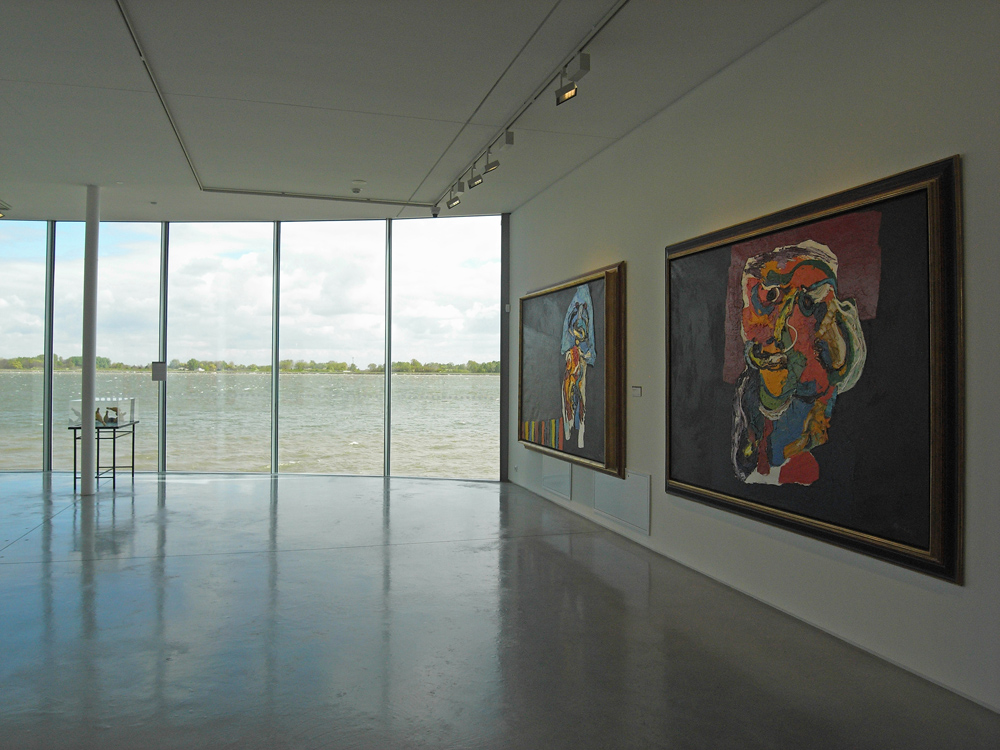 Danubiana is a huge private museum located at the outskirts of Bratislava on an island in the middle of the river Danube. Gerard Meulensteen, the owner of the museum is the founder of Neways Electronics International, a global electronic manufacturing services provider from the Netherlands with subsidiaries in Germany, East-Europe and China. 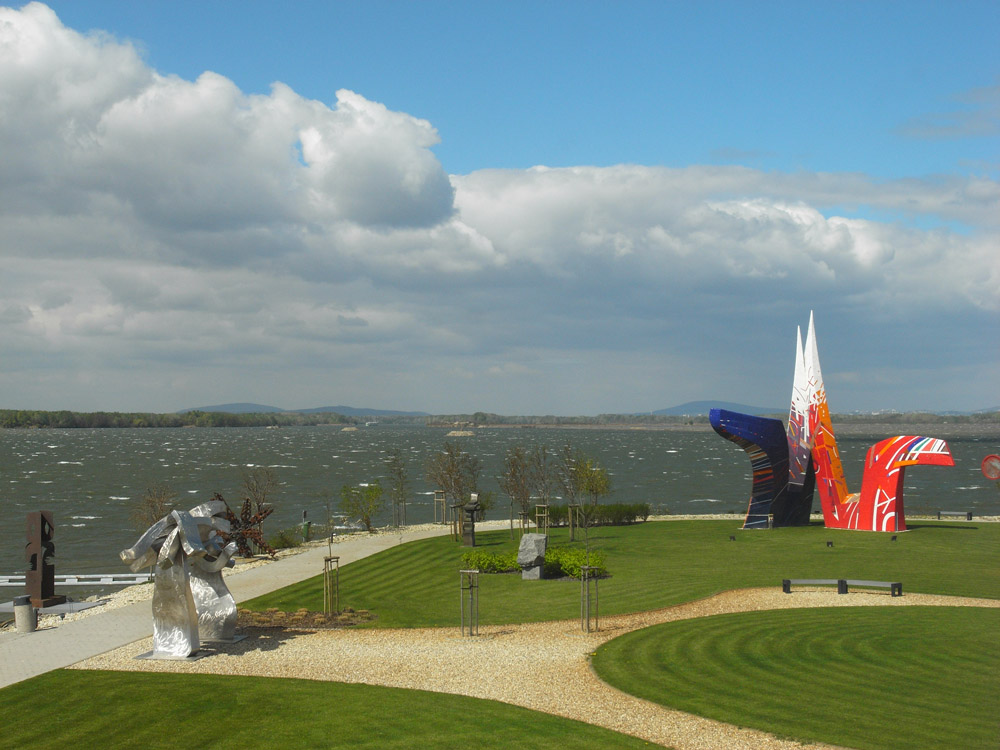 The location, as well as the museum architecture is incredibly beautiful. The exhibits inside and outside of the building are all on the traditional and popular side of art understanding: Large painted sculptures from metal and concrete in the garden. Monumental canvases with thick in some cases relief-like layering of paint in the gallery. The tastes veer somewhere between late modernism and pop art: large size, bright color, big impact. Geographically, the collection focuses on Dutch and East European (Czech, Slovak and some Hungarian) artists 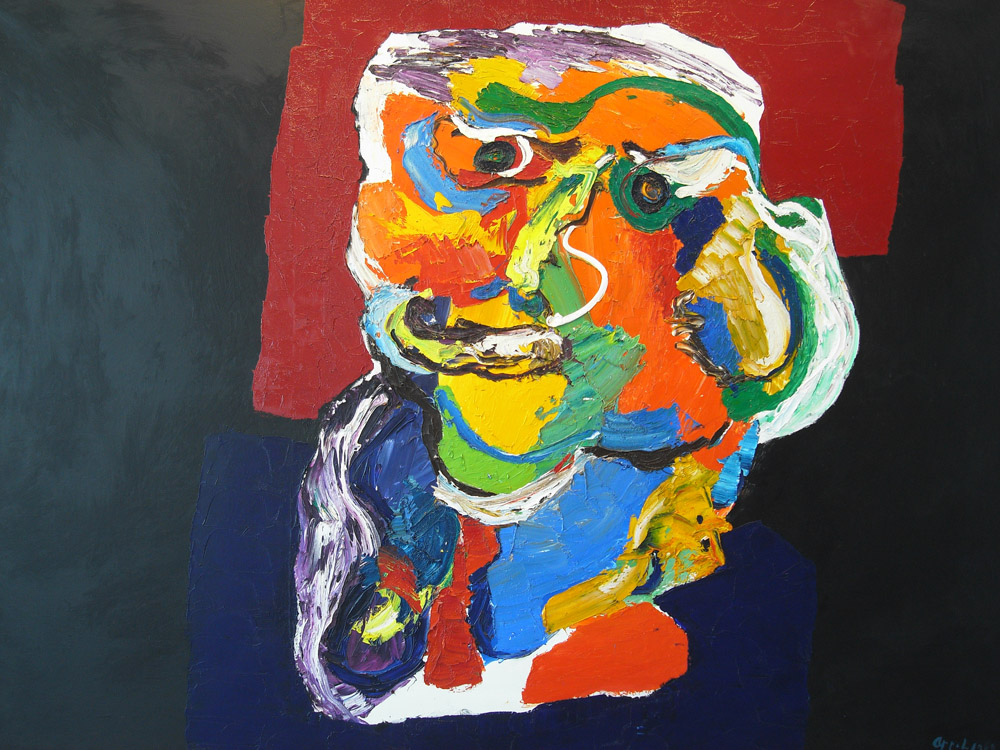 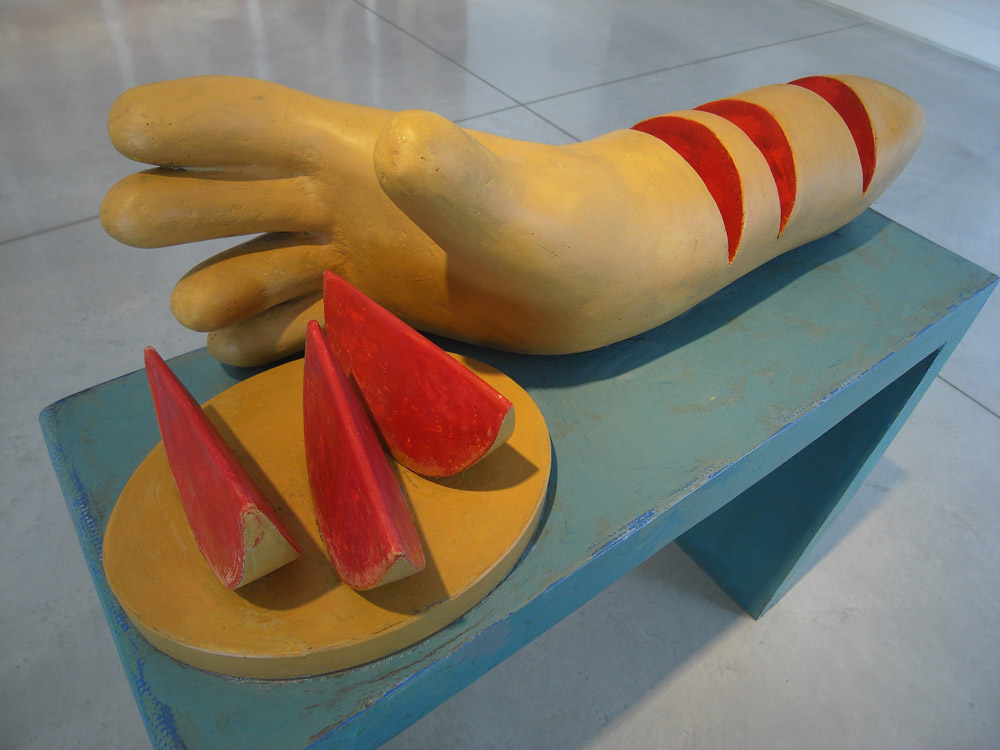 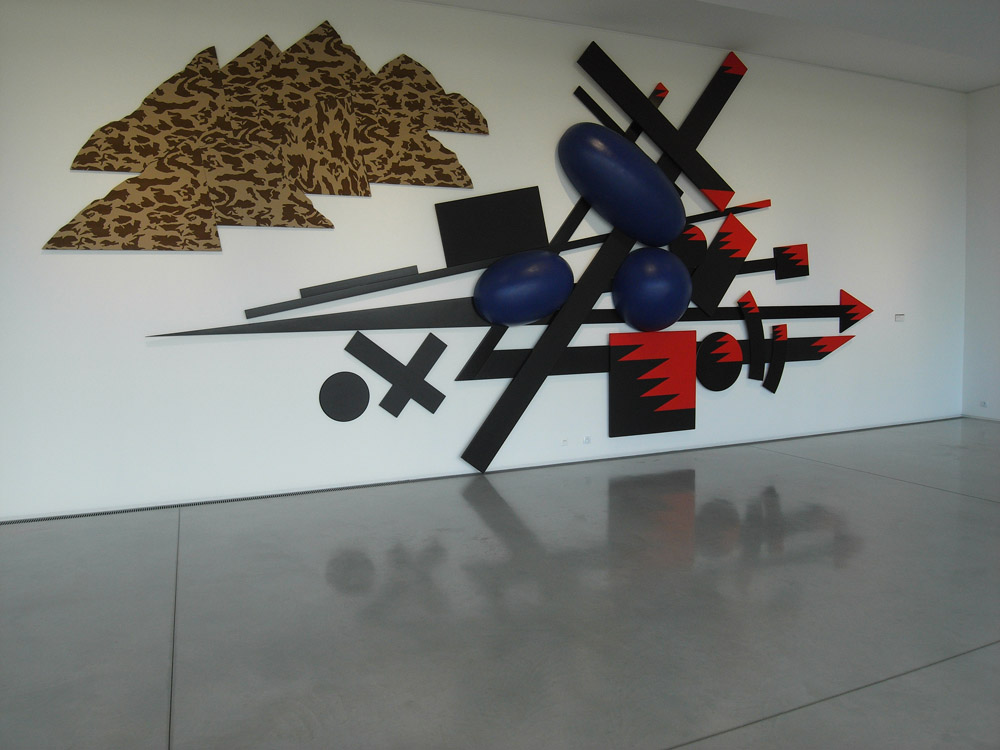 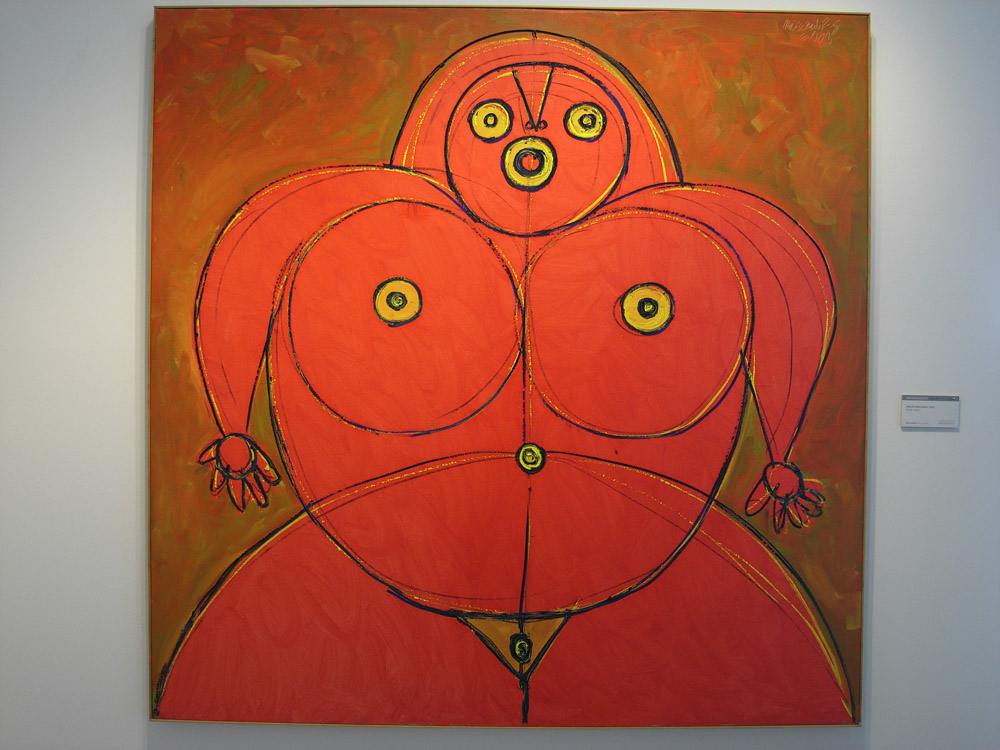 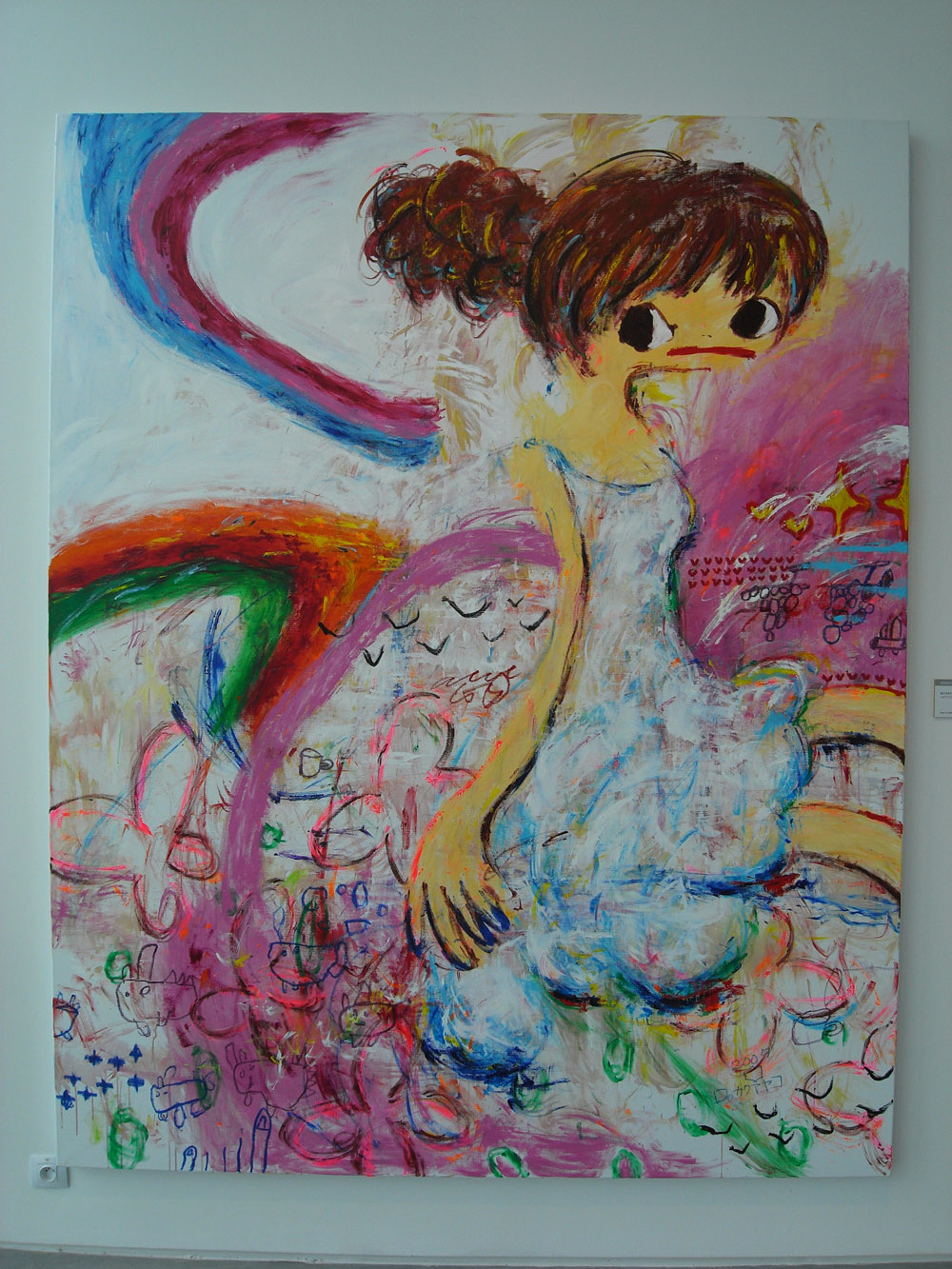 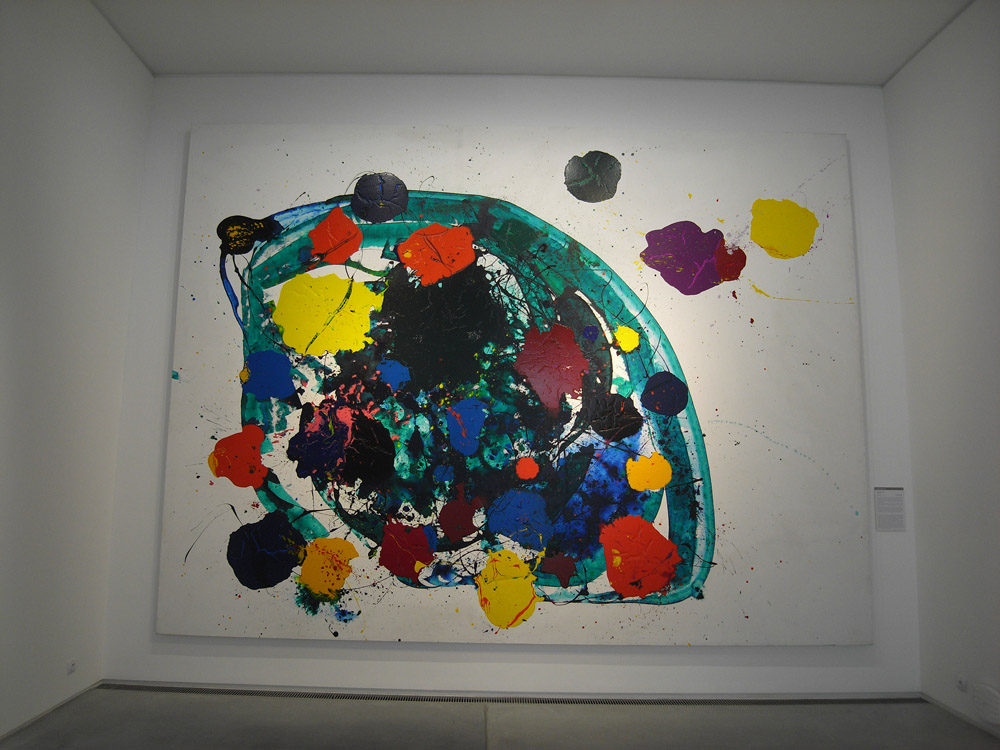 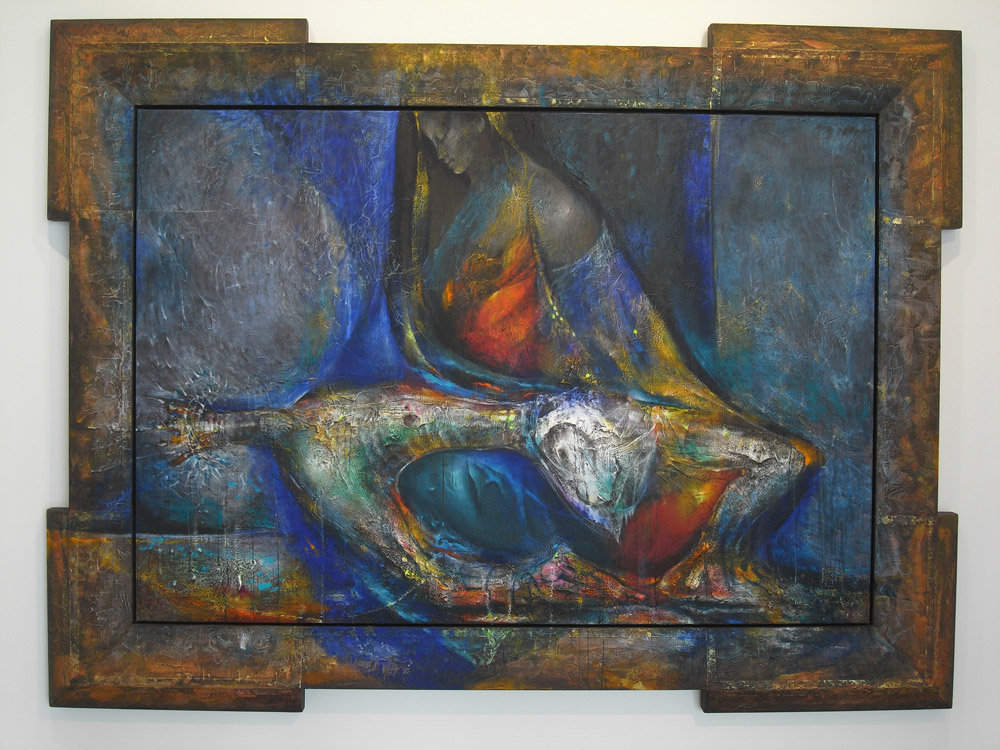 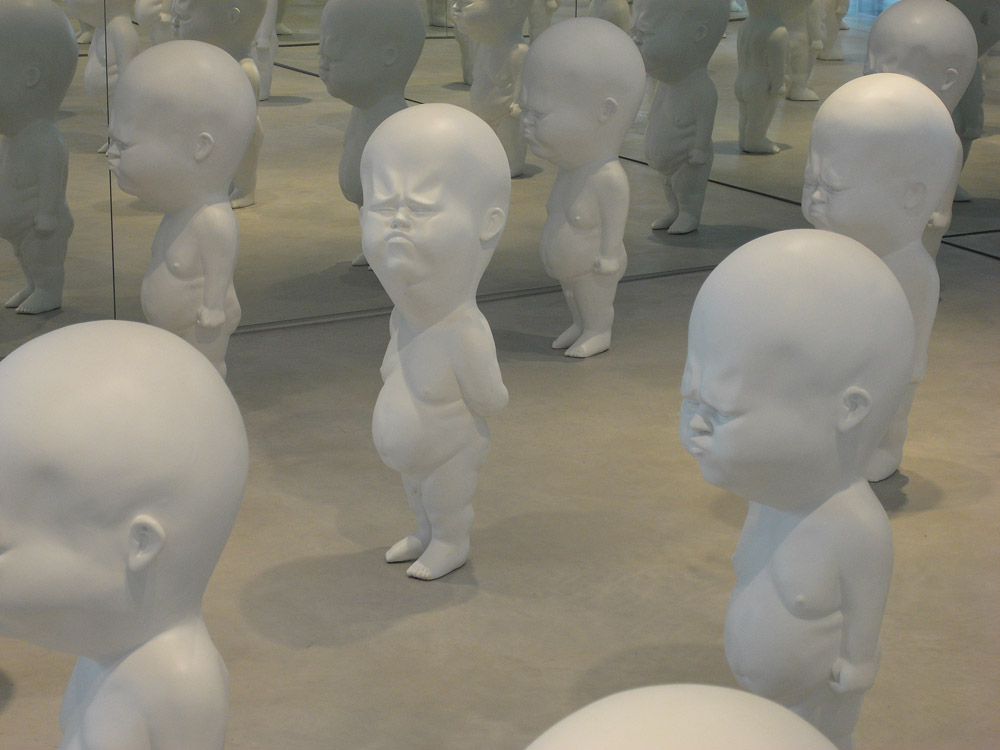 In addition to the permanent exhibition, there were three temporary shows: An exhibition of Hungarian non-figurative painting (“Crossing Borders”) provided a counterpoint to the organic colorfulness of the Meulensteen collection with a much more restrained and geometric vocabulary. Then there were two smaller solo shows: Large size woodcut reliefs by Orit Hofshi and gentle figurative paintings by Martin Augustin illustrating poems by Kamil Peteraj. 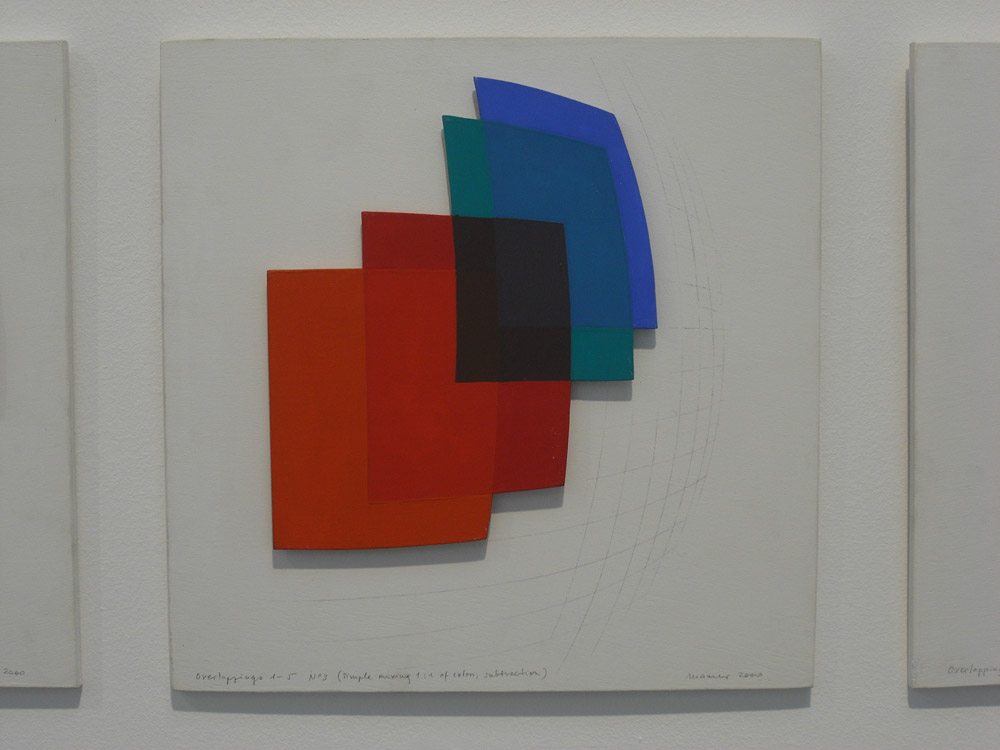 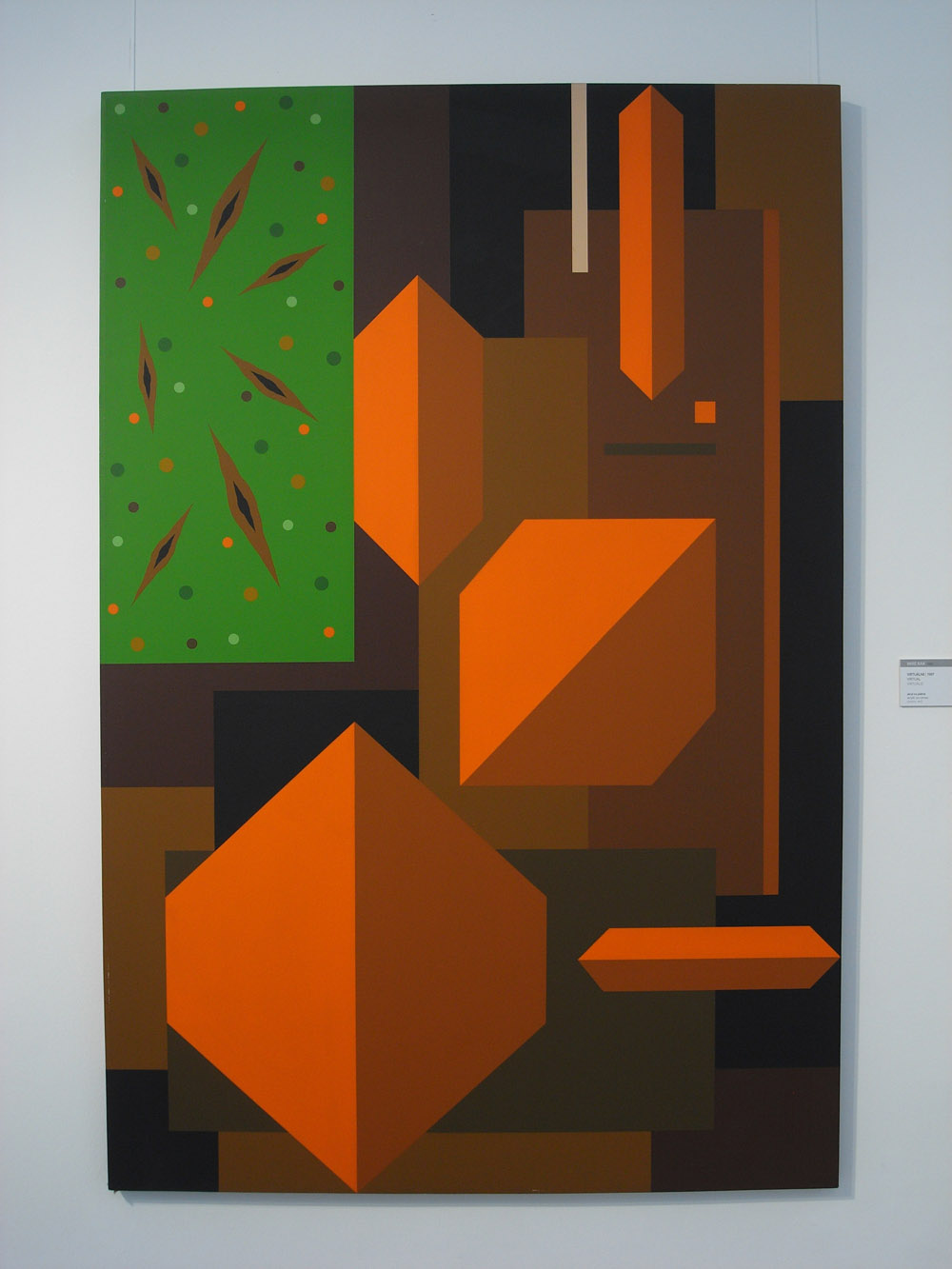 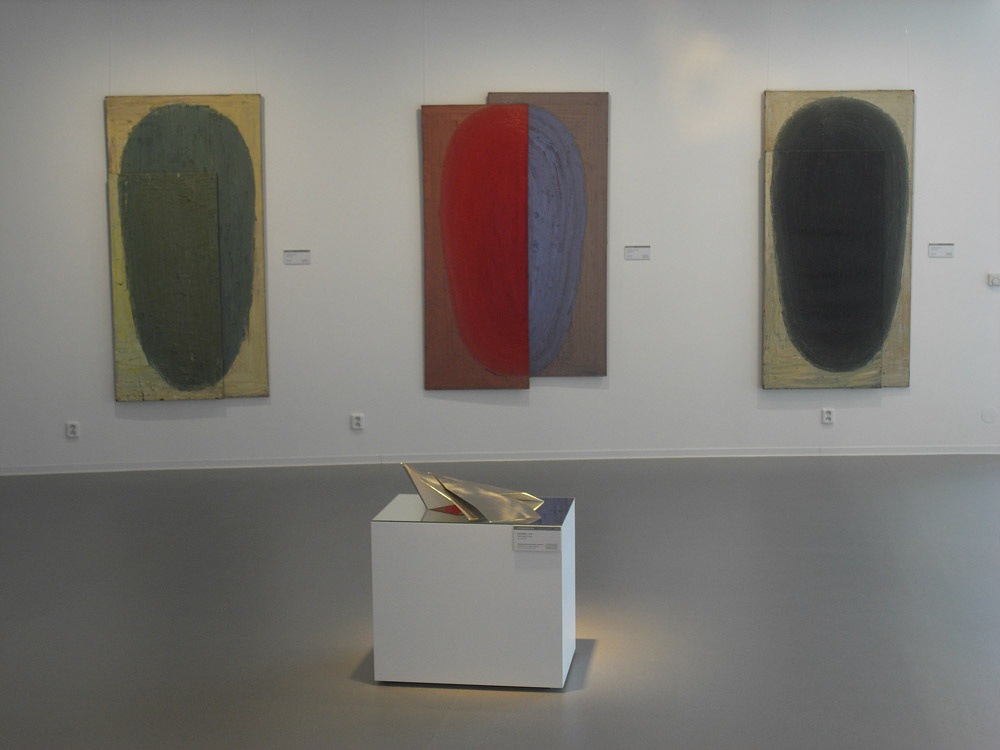 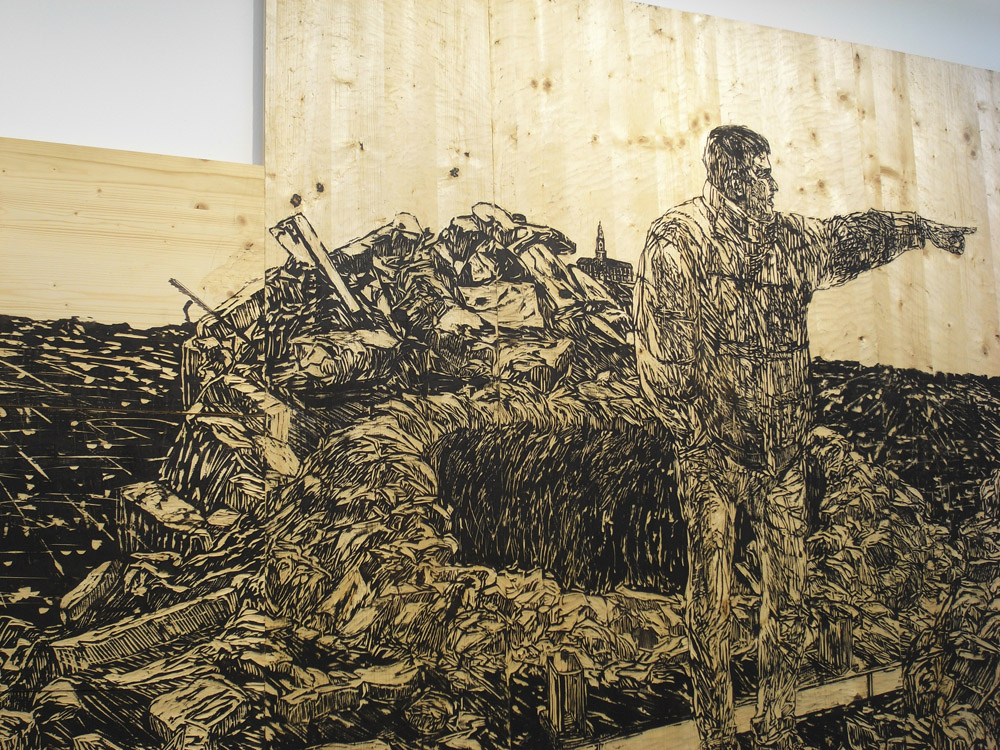 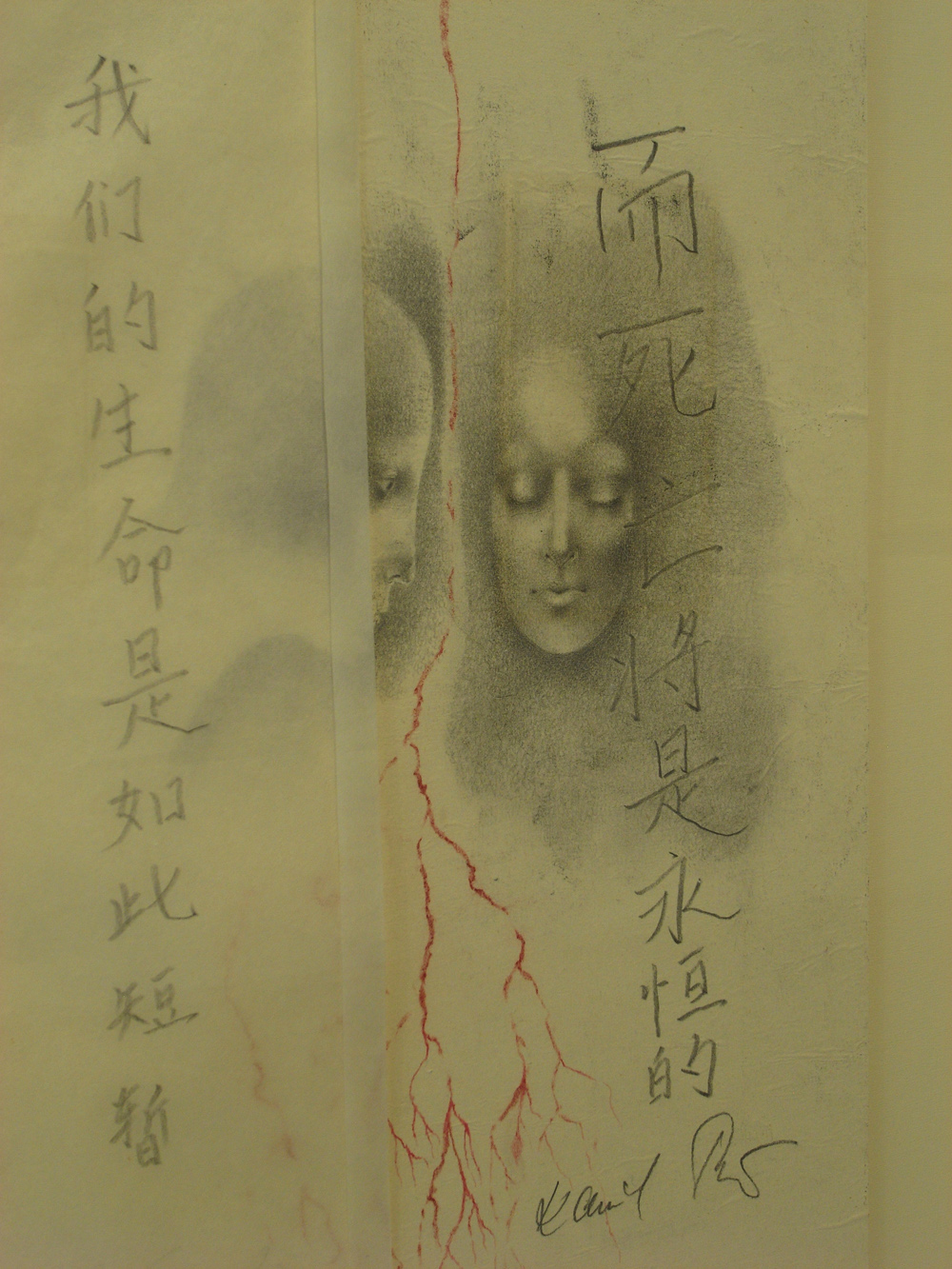 The whole museum was very peaceful with many corners and windows offering views of the Danube that surrounded the building from all sides. The visitor/customer experience was perfect and it was a very nice place to relax and think undisturbed. The decorative nature of most of the arts ensured that only pleasant feelings spiced up by an occasional intellectual tickle would be produced and nothing would disturb the calm morning or afternoon spent in the museum. 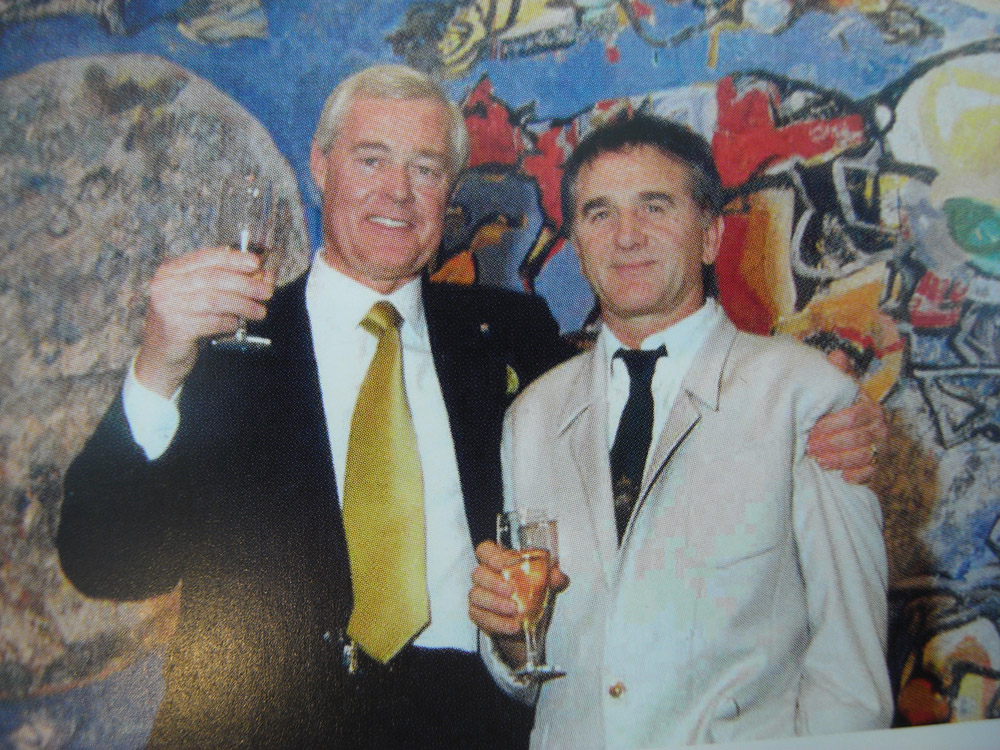 Museum owner Gerard Meulensteen with Kiro Udin, one of the collected artists, depicted in the collection catalog