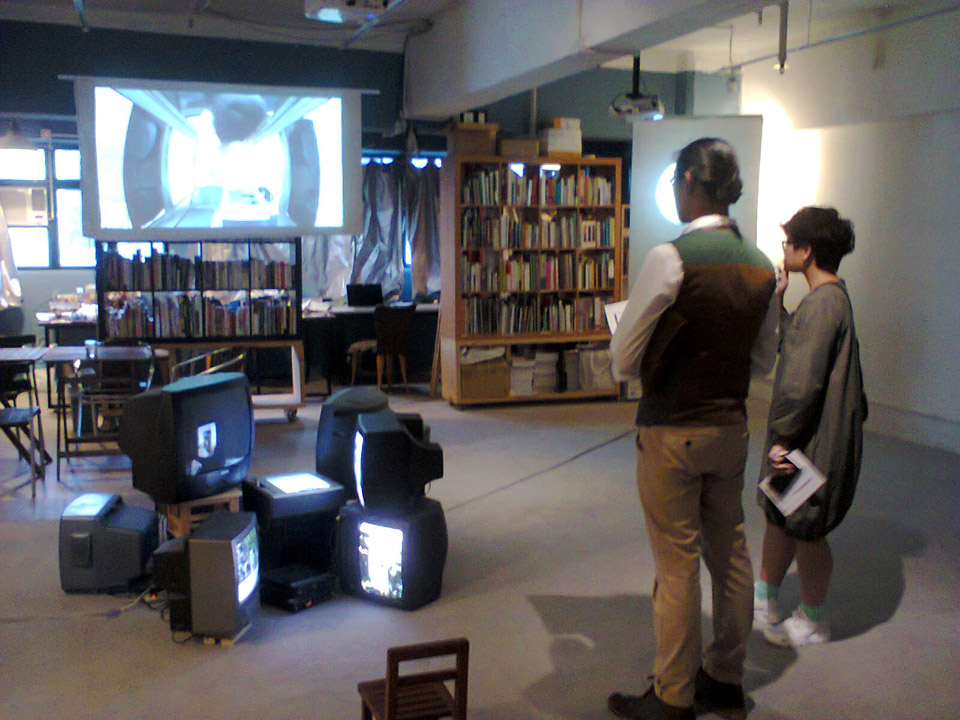 The exhibition consisted of two different bodies of work. Kinchoi Lam presented a series of three video installations, all of different configurations of fixed camera videos of and from within telephone booths located in very calm and remote places of Hong Kong. Jess Lau’s work was anchored in different forms of animation, reflecting on existential questions through everyday actions. The connection between the two artist’s works was in the intimate dimension of everyday life, the small stories that just take place around us without often being noticed at all.

Lam took an almost voyeuristic stance of technologically aided observing, resulting in rather uneventful videos without much action reminding of CCTV footage. Some videos were arranged in a neat rows of smaller frameless monitors right by the entrance, other videos were being played back on a sculpturally looking assemblage of old CRT TVs. One larger projections showed an overhead recording from within a telephone booth. The videos appeared similar in all cases, featuring interiors and exteriors of static telephone booths, sometimes with and sometimes without persons in them. The relationship between the three forms of installation and the content of this piece remained unclear. The aim or findings of the telephone booth observation project likewise remained blurred. Lam managed to transfer his personal experience of staring at a telephone booth and wishing for something to happen but nothing happening into the gallery space. 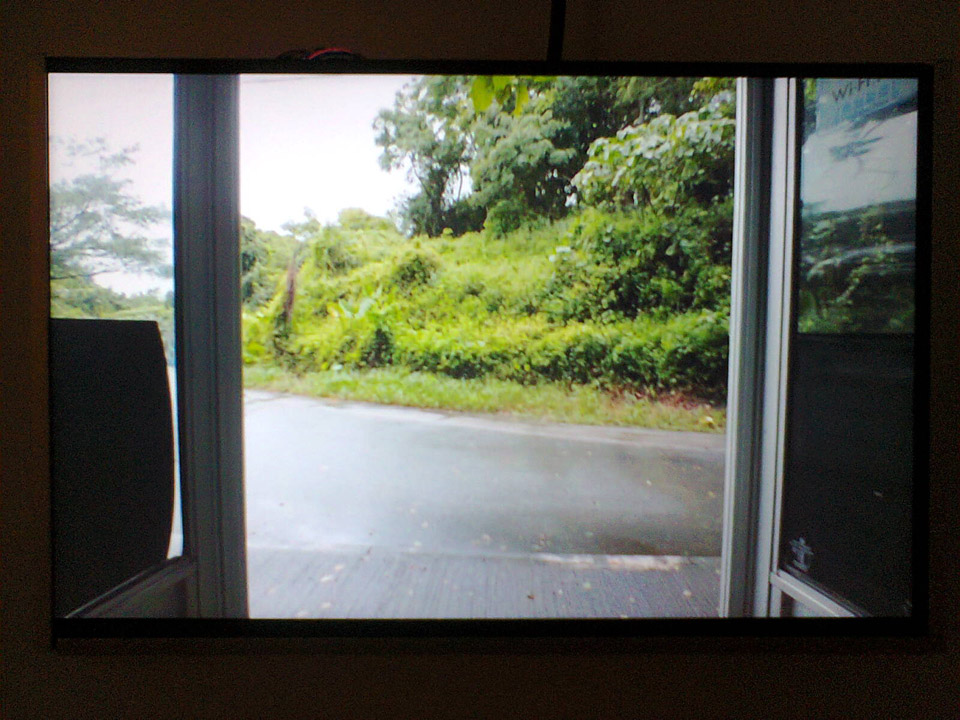 Lau took a more personally involved approach, two hand drawn animations were based on an external constraint of the drawing/painting activity: The amount of ink available, used to repetitively draw the fluttering wings of a moth until all ink was depleted; the thickness of a single sheet of paper that has been repetitively drawn on and erased until it tore, depicting the same image of the right hand, i.e. the hand that was drawing the image itself. There was a durational aspect to these works that reminded of the Lam’s day-long video shots of telephone booths, but the time that passed here has been invested with an effort concentrated and immediately graspable in the result on display. Another work was a recording of a sun reflection passing across a window, projected onto a window installed in a plasterboard wall. This was such an everyday occurrence that one wondered why it was present here in the form of a simulation. Maybe it was a monument for all those people in Hong Kong working in windowless offices who will rarely get a chance to see something like this. The recorded light play could have been read as an aesthetically pleasing artefact if it wasn’t for the ubiquitous aluminum window which brought it back to the reality of Hong Kong and expressed an insistence on the here and now.

Overall, the exhibition addressed a feeling of lack that cannot be resolved: The effort needed to achieve something which inherently means giving up something else. The artists consumed time: Watching phone booths, waiting until something would occur; drawing the same image again and again until the ink would run out and the paper break. Something has taken place, but the result is but a residue of the time that has passed, letting the audience guessing what had and could have happened. 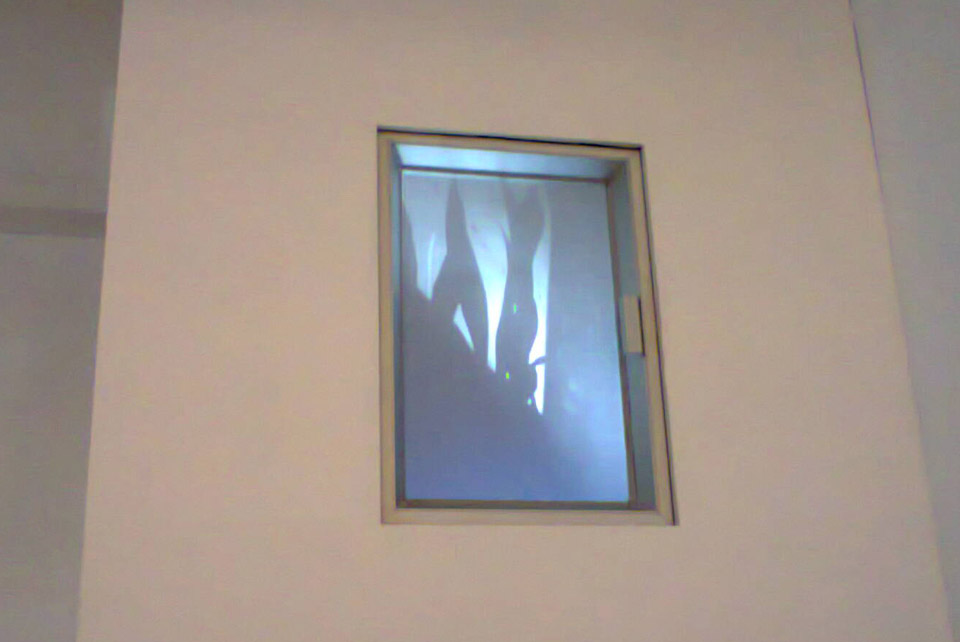 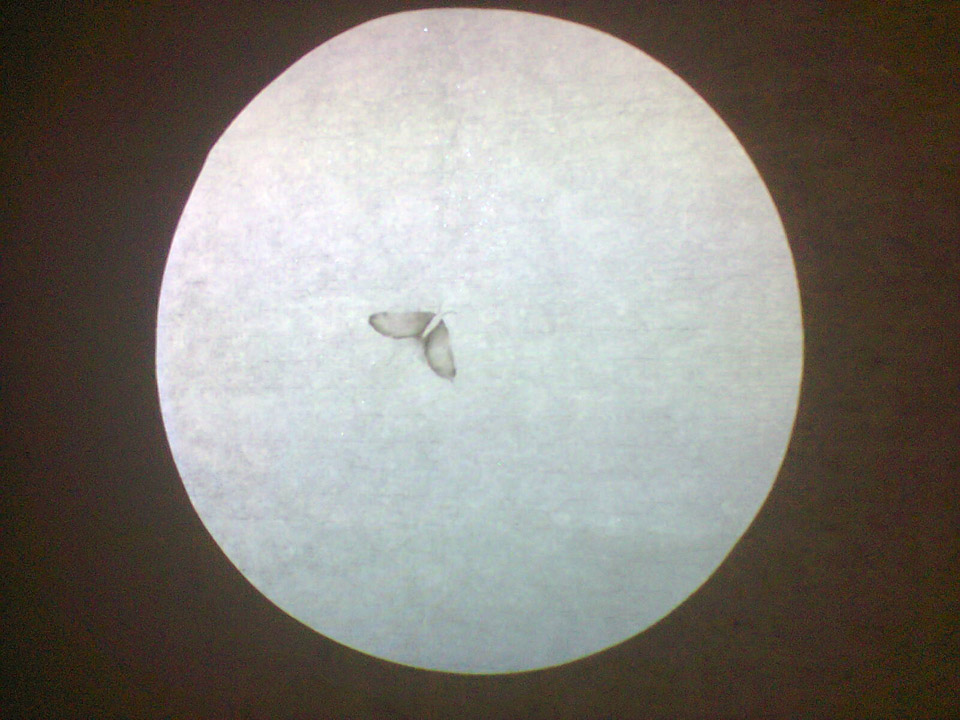 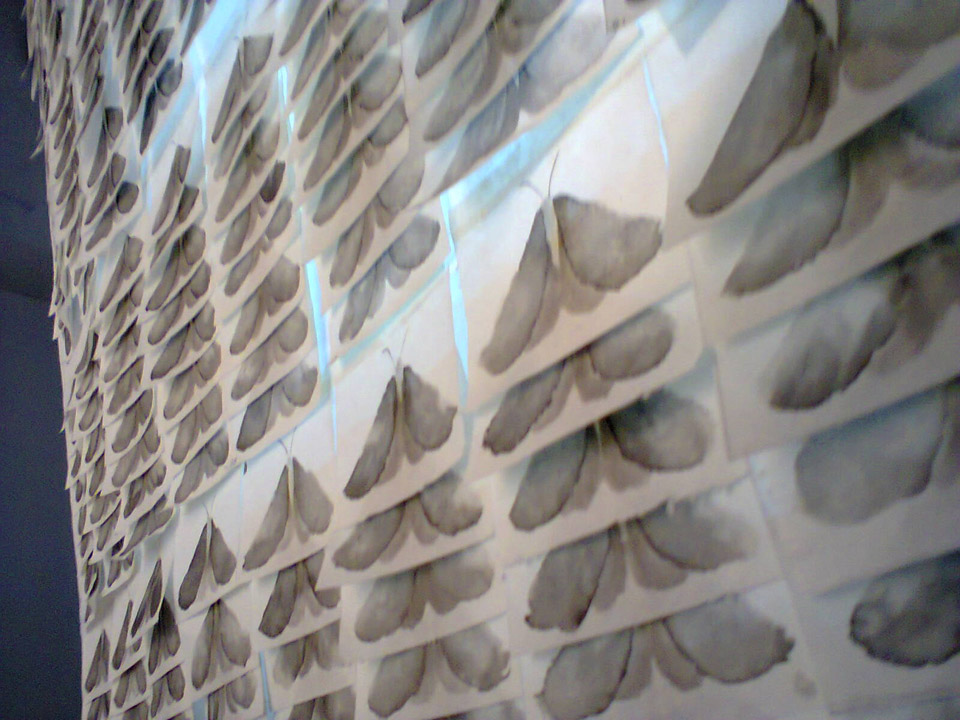